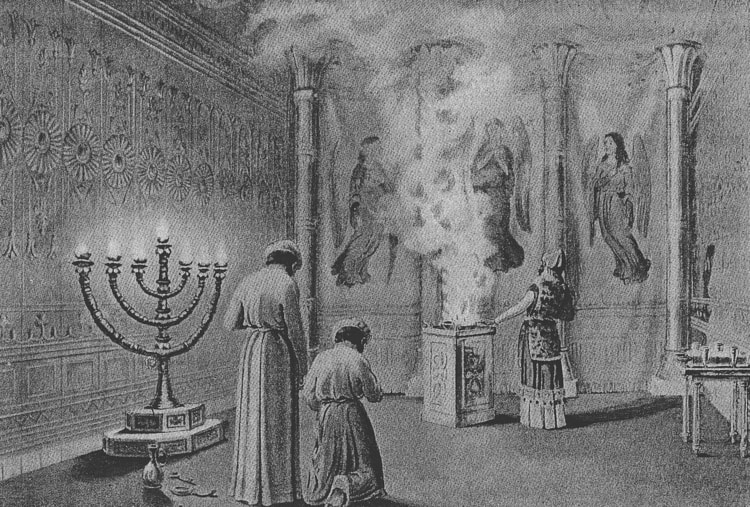 Kabbalah translates to “Tradition”, primarily the tradition of Jewish mysticism, although some authors believe it’s originated in Ancient Babylon. Over time it has also developed into Christian Kabbalah and Hermetic-Kabbalah along with less popular paths. It can also be divided further into theoretical and more practical (magical) paths.

This variety of Kabbalistic paths is due to it’s wide-ranging influence on Western estoericism in general. Kabbalah was introduced in the West by the Jewish people, first in Spain and Portugal where the legendary Zohar was written. When the Jews were forced to leave Spain, they moved to Germany, Italy and other places.

Florence was a great recipient of Kabbalistic wisdom in the Renaissance through revered intellectuals and occultists like Marsilio Ficino and Pico Della Mirandola. Pico in particular combined Kabbalah with Christian philosophy and mysticism.

In newer history, The Golden Dawn in England has to be mentioned. Kabbalah is integral in the Golden Dawn system in combination with Hermeticism. There have been some excellent books on Kabbalah written in the past couple of decades by occultists like Thomas Karlsson and academics as well.

So regardless of whether you’re interested in historical manuscripts, the history of Kabbalah, the theory behind it or its magical implications, this list of best books on Kabbalah has all of these fields covered:

Sefer Yetzirah: The Book of Creation

Sefer Yetzirah is the oldest kabbalistic text that we know of. In this book rabbi Aryeh Kaplan did an excellent job of explaining the theory and practice of Kabbalah on the basis of this text. Concepts such as the Sefirot, the purpose of angels and the path that the soul needs to cross to reach the Godhead are all expounded on.

The most interesting part of this text are the instructions for meditation in order to gain telekinetic and telepathic powers. Overall, a great starting point for beginners in Kabbalah.

This fascinating book by Thomas Karlsson explains the DARK SIDE of Kabbalah. Every spiritual tradition has a light side and dark side, also known as right hand path and left hand path. I’ve read this book recently and was really impressed (and entertained) by its explanation of the left hand path in Kabbalistic terms.

Instead of The Tree of Life, one turns to The Tree of Knowledge, embracing the husks or shells that conceal the light of God in order to become stronger than God! The promise of the dark side is that the magician will not merge with God but go a step further and become a God-Creator himself, with the ability to dominate the astral planes and create new worlds once able to activate the hidden chakras in the brain.

The path is explained in some detail, as each station on the journey (Qlipha) is occupied by certain demons (powers) that need to be overcome in order to be victorious. The last part of the book provides magical practices and invocations for working with Goetic demons which is also very useful and interesting for those on the LHP.

Kabbalah, Magic & the Great Work of Self Transformation: A Complete Course

If you’re primarily interested in the magical practice of Hermeticism and Kabbalah, this book is your best option. It’s based on the teachings of The Golden Dawn. Because it’s constituted as a course, it takes the reader through practical application of The Tree of Life and related phenomena such as angels and demons. There are also many ritualistic elements included.

Based on Kabbalistic techniques, the teachings of the Hermetic Order of the Golden Dawn, and an Hermetic tradition spanning nearly two thousand years, this innovative new work introduces the history of the Golden Dawn and its mythology, the Tree of Life, Deities, demons, rules for practicing magic, and components of effective ritual.

This book was designed for modern readers and practitioners so the language is fairly straightforward and on-point. There’s no confusion here, so if you want a step-by-step process to unlocking the powers offered by Kabbalah the information is within these pages.

The Essential Zohar: The Source of Kabbalistic Wisdom

In order to realize the importance of this work for Kabbalah, allow me to share Wikipedia’s description of Zohar:

The Zohar (Hebrew: זֹהַר, lit. “Splendor” or “Radiance”) is the foundational work in the literature of Jewish mystical thought known as Kabbalah.[1] It is a group of books including commentary on the mystical aspects of the Torah (the five books of Moses) and scriptural interpretations as well as material on mysticism, mythical cosmogony, and mystical psychology. The Zohar contains discussions of the nature of God, the origin and structure of the universe, the nature of souls, redemption, the relationship of Ego to Darkness and “true self” to “The Light of God”. Its scriptural exegesis can be considered an esoteric form of the rabbinic literature known as Midrash, which elaborates on the Torah.

In this excellent book, Zohar has been summarized in the best way possible for those interested in Kabbalah. If you want to obtain some historical background on the Kabbalah (which I strongly suggest you do, because foundations are important), then definitely pick up this essential summary of the Zohar. Or if you are REALLY serious, you can read the complete Zohar of which there is an English 5-volume set available as well.

The reason I like Dion Fortune’s books like this one is her remarkable erudition. She is able to draw parallels between multiple esoteric traditions with ease. In this book she explores Kabbalah while also drawing parallels with Tarot and Astrology.

This is indeed valuable because so many authors do this without explaining the inner significance of these connections. But Dion Fortune has a beginner friendly approach while not compromising on the quality of information, something that is hard to come by when it comes to esotericism in general.

The Golden Dawn: The Original Account of the Teachings, Rites, and Ceremonies of the Hermetic Order

This is a real occult classic and a must-read for any serious magician. As I mentioned previously, The Golden Dawn system was a combination of Kabbalah, Hermeticism and Ceremonial Magick.

Occultists that belonged to this group are some of the greatest names of Western esotericism such as Israel Regardie, MacGregor Mathers and Aleister Crowley, and they’ve inspired countless magicians who’ve come before them.

But instead of fan-boying over these names, this book provides the ACTUAL teachings and practice of this secret society. I’ll just warn that this book isn’t in fact beginner-friendly. But if any beginner manages to read it entirely they will be way more advanced at the end of it than someone who hasn’t.

There is so much occult information layed out here that it can take a lifetime to process, let alone master through performing the rituals. So if you’re ready for a challenge, and have a lot of time on your hands to practice Hermetic-Kabbalah, this is the book for you.