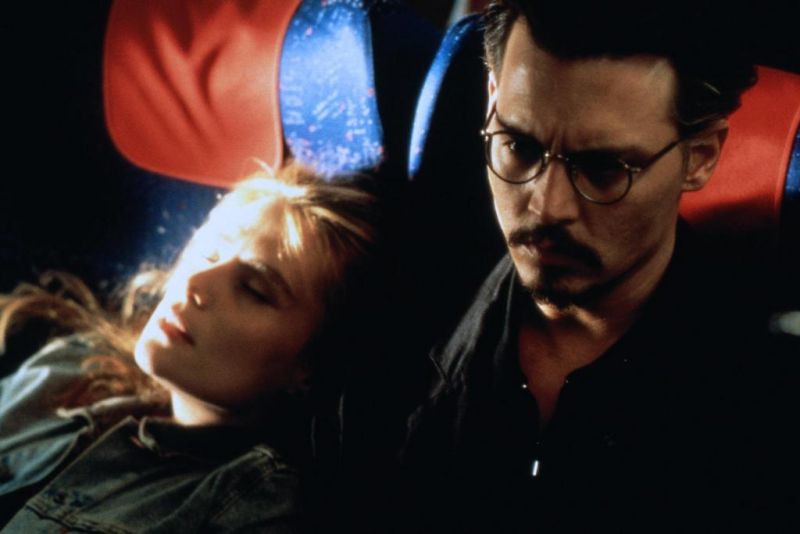 The occult culture has fascinated many famous movie producers. Polanski, Kubrick, Aster are just a few names that come to mind. And there have been some excellent horrors and thrillers of an occult variety throughout the years.

These are my 10 favorites. I focused on newer movies because.. well I find them more entertaining and better in quality when it comes to creating a dark occult atmosphere. And I’ve taken some care to avoid any significant spoilers.

This is perhaps my favorite movie of all time. Hereditary is about a family that has an abundance of problems. These get amplified as a sinister cult makes them a target of their plot to obtain supernatural power.

What makes Hereditary a truly great movie is the psychological horror aspects. There aren’t virtually any jump-scare tactics here. It’s mostly dealing with the sheer horror of family relationships gone wrong and how we can inherit demons (figuratively and literally) from our parents.

Very creepy but nevertheless entertaining and layered with meaning throughout. Also has an excellent, dark soundtrack. I’ve watched it three times so far and there are always some clues and hidden meanings left to discover.

With all the controversy surrounding Epstein, Weinstein and other famous perverts, Eyes Wide Shut is more relevant than ever. It follows a story of a married couple played by Tom Cruise and Nicole Kidman.

When Kidman reveals that she was tempted to cheat on him, Cruise decides to stroll through town looking for trouble. He finds more trouble than he was prepared for after coming uninvited into an elitist masked party where a lot of perversions take place. The music alone is the most occultist sound ever:

Kubrick is the master of slow burners and Eyes Wide Shut is arguably one of his best, and also the last movie he made. Which sparked controversy about his death, about him perhaps revealing too much of what that goes on in the elitist bubbles. But that’s a can of worms that’s best left unopened.

The Ninth Gate is about a rare book dealer who’s hired to seek out the last two copies of a Medieval occult book. This text is supposedly a grimoire used to summon the Devil himself.

As he travels to Europe, a mystery surrounding the book unravels, with murder and supernatural events taking place, seemingly based on the information from the grimoire itself.

Johnny Depp is great in this role and Polanski is the master of dark atmosphere as always. If you love rare manuscripts (and who doesn’t) this movie will be even more entertaining for you. The movie also has an excellent soundtrack produced by the great Polish composer Wojciech Kilar:

This is the quintessential occult horror movie. Polanski is the master of claustrophobic atmosphere coupled with sinister undercurrents. Rosemary’s Baby belongs to his claustrophobic “Apartment Trilogy” along with The Tenant and Repulsion.

This movie is about a married couple who move into a new apartment. The wife becomes pregnant shortly after, but the pregnancy is not a cheerful one as the noisy neighbors and other strange occurrences come into the forefront of the story.

There seems to be a conspiracy surrounding her baby, something sinister that everyone seems to know more about than herself..

My Polanski fan boyism can’t be escaped, and I have to recommend one more Polanski movie. This is the last one I promise. Well The Tenant is a masterpiece of disturbing alienation and isolation that a loner can feel. Especially a loner that is too shy and too nice to others.

The Tenant follows a Jewish man named Trelkovsky who finds an apartment in Paris (which is very hard to come by as we’re reminded throughout the movei!), but the landlord and other neighbors have high demands that stifle his freedoms.

The previous tenant was a curious Egyptologist who threw herself off the balcony. Now Trelkovsky feels that the neighbors had something to do with that and that they’re planning the same fate for himself.

While there isn’t much direct occultism in this movie, there is a sinister atmosphere. Ancient hieroglyphics and similar motives are sprinkled throughout, displaying an esoteric or occult undercurrent that threatens Trelkovsky.

Whether it’s purely his deteriorating psychological state that is creating a warped vision of reality or Trelkovsky has really stumbled upon a conspiracy of “Them against I” is left for the viewer to decide.

If you’re fascinated by the figure of the Antichrist you’ll love The Omen trilogy. An American ambassador and his wife adopt a baby but their lives take a turn for the worse. Mysterious deaths and other supernatural phenomena start to occur.

The ambassador discovers that the child could be the prophesied Devil’s offspring. The moral dilemma of murdering a child to save the world is at the center of this horror drama. As time passes the Antichrist becomes stronger.. will he be stopped in time?

Coupled with plenty of occult and outright terrifying scenes, The Omen trilogy has powerful soundtracks throughout and some iconic scenes that have become part of popular culture and made it a cult classic.

There are many occult movies that could be mentioned but these are my favorites that I’ve watched so far. Some other worthy mentions include The Witch (2016), The Wicker Man (1973), Suspiria (1977) and Hellraiser (1987).

I didn’t want to mention cheap horrors simply because they have some occult elements. The movies on the list are objectively top notch. So I’m sure you’ll have a great time watching any and all of them. Hope this helps!