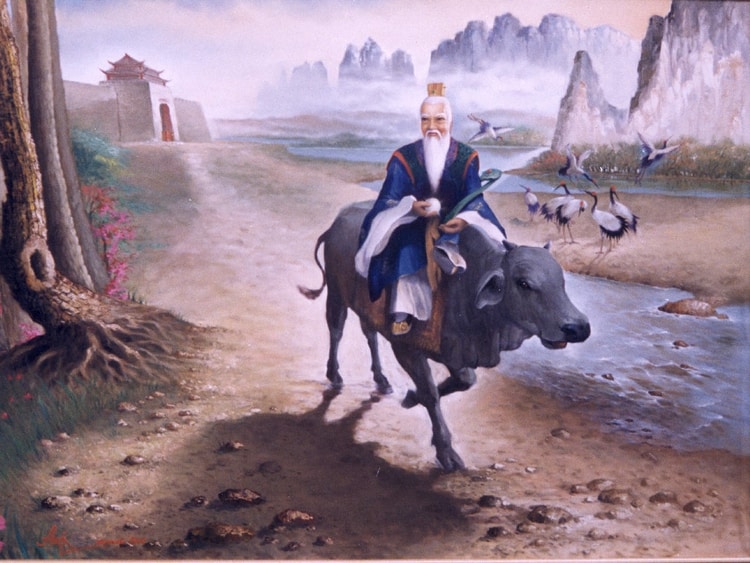 I’ve focused a lot on Western esotericism in my previous articles as well as my book The Warrior-Magician Manual. But my personal practice is actually a combination of Western and Eastern influences. More precisely, a combination of Ceremonial Magick and Qigong.

From the Eastern esoteric tradition, I’m especially fond of Qigong. It’s my favorite practice for manipulating bodily energy currents for improved health, vitality, mental sharpness and related benefits. Qi Gong is quite similar to Yoga since both practices are focused on controlling and expanding one’s vital life force. Chinese call this energy qi or chi, Indians call it prana.

I prefer QiGong over Yoga because it doesn’t require as much flexibility, but the positive effects are similar. In other words, you can get equal benefits from either QiGong or Yoga. But Qi Gong is easier for beginners to get into and it’s safer to perform if you have physical ailments and injuries because the movements aren’t as physically demanding.

I highly recommend learning about QiGong by combining video demonstrations and books. It’s a Yin and Yang situation: Videos by respectable teachers are great for learning how to perform movements properly. But books are essential tools for the other side of the coin: theoretical knowledge.

Remember that theory is just as important as practice. Otherwise you will constantly wonder why movements are performed in one order and not the other, and how to combine them on your own. Or why you should never perform Qi Gong when it’s windy outside, or why you should only store your extra energy in the lower Dan Tien etc. There are many nuances that can have a huge impact on the results. Nuances that can only be found in high quality QiGong books.

To make your journey through this vast literature easier, I’ve created this list of Qigong books that have served me well on my own progress from beginner to advanced practitioner.

The Way of Qigong: The Art and Science of Chinese Energy Healing

This is the essential Qigong book that every beginner should read at least once. But it’s packed with so much useful information that I come back to it every few months.

It provides an excellent overview on how Qigong works, including the best scientific research on the subject. There are also plenty of illustrations of movements together with thorough descriptions. So you can consider this a great theory + practice starter’s pack.

Since the writer Kenneth S. Cohen has a Western background, the terminology and explanations are simpler. It’s a book that answers the frequently asked questions a foreigner interested in Qigong would have. Some books written by Chinese natives don’t take this difficulty that some of us have into consideration.

Mantak Chia is an expert on sexual energy cultivation. In this book he explains why Taoist masters preserved semen, why it made them stronger, happier, healthier and more powerful and why everyone should be doing the same.

He reveals the secret practices of semen retention and how to circulate sexual energy throughout the body in order to reinvigorate oneself, instead of becoming sleepy, tired and irritated through ejaculation.

Yogis were also aware of this, and the practice of Brahmacharya in India is based on the same knowledge about the power of sexual energy. The main difference however is that Taoists could have sex and enjoy all of its pleasures by using the techniques explained in this book WITHOUT EJACULATION. While Brahmarcharyas practice strict celibacy.

In recent times the NoFap movement has gained traction, since many men and women realized that preserving sexual energy provided them with mental and physical benefits. But it’s impossible not to feel frustrated when keeping this energy bubbling inside for days, weeks or months without release. Unless of course you know how to circulate this natural energy throughout your body. This is where Mantak Chia’s book comes in as the best modern resource for this powerful ancient practice.

Keep in mind also that sexual energy is in direct relation to Qi energy. The more of this energy you can cultivate, the more intense your Qigong practice will be. This is true for both beginner and advanced practitioners.

EDIT: While the previous book is all about cultivating male sexual energy, Mantak Chia also has a book on cultivating female sexual energy. If you’re a lady you might want to check it out. I honestly haven’t read it but the reviews from those who have are generally very positive:

Awaken Healing Energy Through the Tao: The Taoist Secret of Circulating Internal Power

Another classic by Mantak Chia. In this book he focuses on the healing aspect of Qigong. This book includes many practical tips on how to circulate energy in the body to heal weak points that are causing pain and discomfort. Including energy blockages that are causing chronic illnesses, such as large intestine meridian causing sinusitis etc.

The focus is placed on channeling the qi energy through acupuncture meridians through sitting, standing and laying meditation as well as well coordinated Qigong movements. The writer goes on to explain why certain energy blockages happen and which blockages cause which types of illnesses.

I’ve read this book about three years ago and have been using one specific sitting meditations frequently before performing ceremonial rituals. It helps to release anxiety by regulating the breathing pattern and removing negative thoughts faster than regular meditation techniques I’ve previously encountered.

Definitely a worthwhile and perhaps even life-changing book if you’re suffering from a chronic physical ailment. Or two.

The Magus of Java: Teachings of an Authentic Taoist Immortal

Modern people are willfully ignorant about the massive potential that esoteric practices like QiGong possess. It’s ignorance out of laziness, or at best out of a genuine lack of knowledge.

Well this book is a motivating firebrand that will make you eager to start QiGong or at the very least a regular meditation practice.

John Chang is the hero of this true story. He’s the first man to be documented performing pyrokinesis, telekinesis, levitation, telepathy, and other paranormal abilities.

The book has plenty of interesting scientific explanations for how John manages to perform these tasks. He gained his powers through years of Mo Pai practice, which is a less known variant of QiGong.

John Chang decided to bridge the gap between East and West by allowing a book to be published revealing the story of his life, his teachings, and his powers.

Here’s an excerpt from the documentary “Ring of Fire”:

I believe that to practice any discipline diligently, whether spiritual or otherwise, requires a lot of motivation. And hearing an extraordinary success story of someone like John Chang is the best motivation a practitioner can get.

This is the book that got me interested in Eastern philosophy so it holds a special place in my heart. Lao Tzu is the famous spiritual guru and wanderer, the originator of Taoist philosophy.

Tao Te Ching is his fundamental work, written in beautiful and penetrating prose that can be read over and over again in order to find hidden meaning behind simple yet eloquent words.

Some spiritual writers have claimed that Lao Tzu understood everything, he was the enlightened master par excellence. The entire concept of spiritual enlightenment is according to these masters revealed in Tao Te Ching.

While this is not a “practical manual” for practicing Qigong, it’s a philosophical guide for staying on the path even in times of difficulty and for making the right choices in life based on our personality. And to practice the Middle Way, sometimes we need human guidance from those who ventured on the same path. So if you want to learn how to act wisely from one of the wisest people in history,  Tao Te Ching is the right book for you.

These 5 books will serve well both beginner and advanced practitioners. I didn’t want to bore you with only practical manuals, so on this list is a good mix of theory, practice, motivation and philosophical ruminations.

I don’t buy paperbacks or hardback books very often, but I’m glad I got these on my bookshelf because I keep coming back to them for inspiration and guidance. Hopefully they will serve you equally well.