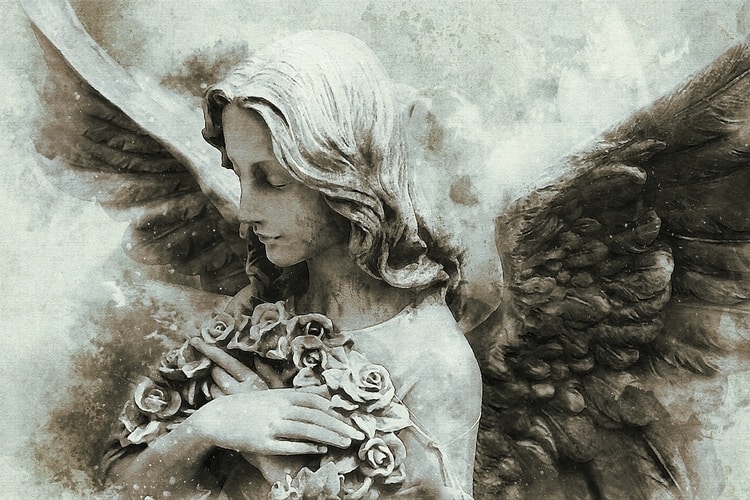 In either case, what makes it different from black magic is the motivation of the magician. Black magic is typically used to harm others or to gain advantage at someone else’s detriment. White magic is the opposite of that. But the means of acquiring a goal are oftentimes the same. In that sense, even conjuring demons can be considered white magic if they’re employed for a purpose that is morally sound. Almost all of Wiccan literature can be considered white magic, with its emphasis on health, ecology and protection spells.

I believe that the easiest way to compare the two types of magic is actually by contrasting magicians we know from popular culture, even fiction. Gandalf and Saruman make a perfect contrast. Both used similar magical operations throughout the LOTR story, but for morally opposite purposes. One for peace, the other for war.

Having said that, there are plenty of books that deal with white magic. This list contains five best white magic books that will come in handy for beginners. Even an advanced practitioner would be wise to have these works in his or her personal library.

In this book Ileana Abrev has collected over 200 spells that can be used for benevolent purposes.

Whether you want to improve your personal relationships, find love, improve your business, remove a curse, heal an affliction, raise your mood or help someone else in a similar situation – this book is the go-to source for effective white magic spells.

Don’t expect any deep theories about magic in this book. This is a purely practical source for those who want a step-by-step guide to achieving their goals through magic.

2. The Book of Abramelin

This is arguably the most powerful white magic book of all time. Abramelin was a Medieval magician who travelled the world and acquired magical knowledge from different gurus. He wrote this book to pass the knowledge to his son, but it was discovered by others and became a public matter.

It’s interesting that Abramelin was very influential in his time, conducting serious business for Medieval rulers including the emperor himself. According to him own words, it was the magical knowledge in this book that got him wealth, status and happiness.

The book is centered around a difficult magical operation that lasts year and a half (you read that right!). After a long and difficult process of purification that involves fasting, prayer, silence and many other difficulties the magician is able to summon his Guardian Angel and through his presence control all demonic forces.

The Abramelin ritual was also attempted by some famous occultists, most notably Aleister Crowley who also famously failed to accomplish it as he had to travel and end the ritual abruptly. Some say that this failure is partly to blame for the downward trajectory his life underwent afterwards.

Perhaps you aren’t interested in conducting the ritual yourself and obtaining all the wonders that it promises (and it promises ALL you could ever hope for), but the cultural importance and the quality of writing makes it a very interesting read nonetheless.

NOTE: Make sure you get the linked book, which is an expanded translation. Earlier translation made by Mathers lacks essential parts of the Medieval manuscript which were only discovered later.

This is a great book if you want to dip your toe in many different magical traditions from a white magic perspective.

It contains well explained information on using crystals, understanding your horoscope and that of others, dream interpretation, home remedies and much more and easy-to-conduct spells.

The book is also very aesthetically pleasing with wonderful illustrations throughout. Overall a nice introductory text for sophisticated dabblers as the author Van De Car says.

4. Wicca: A Guide for the Solitary Practitioner

You’d be hard pressed to find a more popular magical text at this moment than this book by Scott Cunningham’s. With so many Wicca practitioners, this book has become sort of a Bible to many.

It contains all the essential information on natural magic, both theory and practice. There are plenty of rituals, information on herbs, charms, oils, incense, crystals, various health potions and remedies.

This is a very useful and entertaining text that even non-Wiccans like myself can appreciate for the literary quality and wealth of information.

Hermeticism is a very pure initiatory system. It’s really focused on self-development, not on harming others. In that sense Initiation into Hermetics belongs on this list.

I love this book by the renowned illusionist Franz Bardon because it’s a full step-by-step guide for spiritual improvement. It takes the practitioner in chronological order from simple practices to more complex ones.

From simple meditations to creating a white and black mirror, to diet advice, astral projection and so many other things that occultists often neglect in the search for a perfect spell or ritual.

So if you’re interested in becoming fully engrossed in what can be called an occult lifestyle, this book can be a worthy companion on your journey.

6. For the Love of the Gods: The History and Modern Practice of Theurgy

White magic is also known as theurgy if the practitioner draws upon a higher, divine source for magical powers.

If you’re interested in the history of white magic, this entertaining book provides a great overview, showing its development from Ancient Egypt, Roman Empire’s Neoplatonists, Medieval times, Renaissance and up to our modern times.

There are also plenty of theurgic rituals and instructions that show how to create living statues, invoke gods and create a beneficial relationship with them.

I think that knowing the history of a practice or a movement is important for understanding it, and this book really fills that void for the white magic community and others who are interested in its historical development.