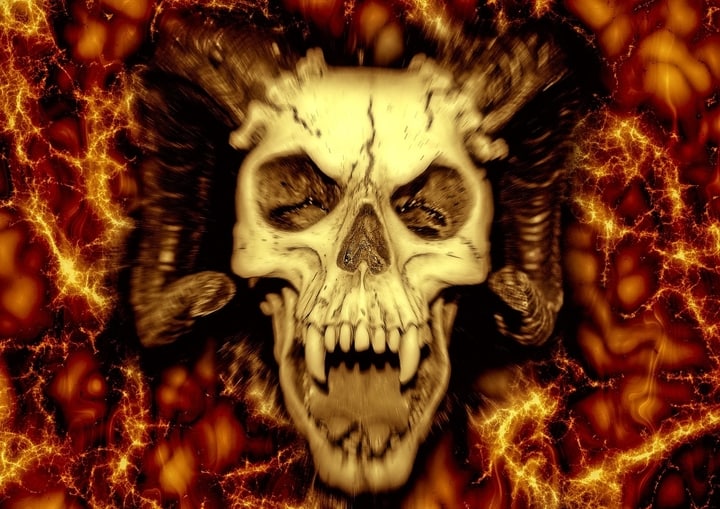 Someone stepped on your toes and you’re not taking it too kindly, now are you? You don’t want to step on their toes in the middle of the day because it would get you in trouble.. but boy do you want to. So you’re thinking about summoning a spirit to do the dirty work for you while you relax and enjoy the sight.

This is a classic story of revenge within occult circles. Sometimes magicians will even wage war with their spirits to see who holds greater power in the magical realm. The most famous account of that is the occult battle between Crowley and Yeats.

Demons can indeed be summoned for revenge, though it’s not something I recommend, especially if you’re a magical novice. The moral concerns, whether you care or not, are real. Not necessarily in the good/evil sense, but more in a karmic sense. If you manage to conjure up a demon and it attacks the target, but the target is somehow able to deflect the attack, guess where it will end up? Straight in your face!

Consider every act of magick as playing with energy. You create a certain type of energy, and energy cannot dissipate, it can only change into something else or move somewhere else. If the energy is rejected by the victim due to a protective spell or a “natural” form of magical immunity, that ball of chaotic energy will reverse its course and head straight towards you. This is why black magick is dangerous and must be used very carefully.

Now that you know the dangers of this most peculiar art, allow me to share the demons commonly summoned for revenge and why they belong in this category. I will share parts of their description from Ars Goetia that are related to this.

The 40th spirit of Ars Goetia is a demon that can be summoned to “destroy Cities and Dignities of Men”. Rumors still abound that Michael Scotus, the astrologer of the great emperor Frederick II conjured this demon to help him conquer parts of the Italian peninsula. Obviously, this demon might be a bit “too much” when dealing with minor personal vendettas, but due to his reputation he deserves the first mention.

The first step to revenge is figuring out the enemy’s secrets. Malphas can “bring to thy Knowledge Enemies’ Desires and Thoughts, and that which they have done”. It is also of importance that Malphas “can build Houses and High Towers”. Houses and high towers are protective buildings, meaning that Malphas also provides protection to the summoner.

A mighty president and earl of Hell, this demon is described as “an Author of Bloodshed and Manslaughter”. He can also “make a Man go invisible”. What is meant by this is simply the concealment of one’s actions. I don’t think the potential of these particular powers to a vengeful party requires further explanation.

A “Great Strong Duke”, Aim manifests to the magician as a three headed beast. He also rides on a Viper and carries a “Firebrand in his Hand”. It is known that he “setteth cities, castles and great Places, on fire”. I guess you could say that if the magician is too impatient to see his enemies scorched in Hell, Aim brings the flames to the earthly realm in short order.

What if the magician is not bloodthirsty, but is after a smaller revenge? Amon provides the intricate help as “he procureth feuds and controversies between friends”. Divide and conquer is the name of the game, and in a world where it’s more important who you know than what you know, toying with the enemy’s social circle is a clever tactic.

Marbas is a great healer, but he is also known to inflict diseases. So the description goes “He causeth Diseases and cureth them”. He can also “change men into other shapes”, which is also a power that can be used for good or bad. What if Marbas disfigured instead of beautifying? What if he caused cancer cells to multiply instead of stopping them dead in their tracks?

It is said of Focalor that he is a Might Duke of Hell and that “his office is to slay Men, and to drown them in the Waters, and to overthrow Ships of War, for he hath Power over both Winds and Seas”. So if a magician’s enemy was perhaps sailing or flying overseas, Focalor could make the journey quite unfortuitous.

Vepar is another sea menace, as “he can cause the seas to be stormy”. But more than that, “he maketh men to die in Three Days by Putrefying Wounds or Sores, and causing Worms to breed in them”. If the magician’s enemy was hurt or wounded, Vepar could reverse any healing process into a fatal outcome.

If the enemy was not wounded already, wounds could be afflicted through the help of Sabnock, a demon that is said to “afflict Men for many days with Wounds and with Sores rotten and full of Worms”. A powerful black magician could summon both Vepar and Sabnock to deal that much more sorrow on their opponent.

Shan’s office is “to take away the Sight, Hearing, or Understanding of any Man or Woman… and to steal money out of the houses..”. However, summoning Shan requires some advanced expertise, knowing how to get him into a magic triangle as he can’t be allowed to roam around. Doing so could cause unintended consequences to the magician and the people he holds dear, as this demon if not controlled will become deceitful even towards the magician.

There are many other demons that a black magician could summon for derailing or destroying an enemy. These are just ten that are highly revered and described in the Ars Goetia, our go to grimoire. As I said in the beginning, black magic is not to be trifled with. This article is for education (and entertainment) purposes only.

On a side note, if you need help with a particular problem, you can request a ritual on my website and I will do my best to summon the right spirit to help.

5 thoughts on “10 Demons That Magicians Summon For Revenge”