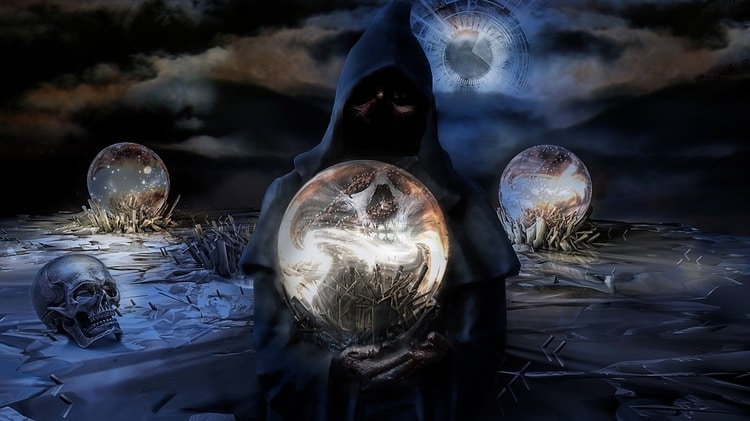 You probably came across these two terms while exploring different books on magic. Perhaps like myself you thought that this was only a difference in writing of the same thing. But it’s actually not. Demonology and demonolatry are two completely different approaches to working with demons.

The study of demons is not very controversial. Demons have been studied for centuries. Even philosophers like Aristotle and St. Augustine had a lot to say about daemons and demons respectively. Today there are many historians who study magic and its role in historical processes.

However, demonology can also stand for demonic magic that is practiced by real magicians. This ritualistic or ceremonial magic today typically involves demons known through old grimoires such as The Lesser Key of Solomon and Grimorium Verum. Some of the more popular demons are:

… and there are many others. In fact, there are 72 in The Lesser Key of Solomon alone. Magicians summon these demons to help them with certain goals. They might summon Lucifer to reach spiritual enlightenment, or perhaps they will summon Mammon to provide financial assistance. So we can conclude that demonology is either the study of demons or practical magic involving demonic forces.

Demonolatry is the worship of demons. A demonolator is someone who worships one or multiple demons like deities. There have always been demonolators, and today some of them are worshiping ancient deities that were transformed into demons through negative cultural influences.

For example, Astaroth is a demonic version of the ancient goddess of fertility and warfare known as Astarte. But demonolators typically prefer the demon-version of deities due to an emotional or spiritual bond or an aesthetic preference. In either case, demonolators can perform demonic magic, but then the correct label for that activity is demonology, not demonolatry.

However, a magician who is not a demonolator will never worship a demon, while a demonolator does worship a demon. He/she might have an oltar dedicated to a demon like Paimon and pray to it. Some demonolators hold festivities that are very similar to pagan ones, except that instead of Thor or Odin they worship Lucifer or a different demon.

To put it in as little words as possible: demonology is the study of demons and magic that involves demons, while demonolatry is the religious worship of demons. This might not seem like a large distinction, but it can be a bit embarrassing not knowing the difference in a social circle that is filled with members of either group. So I hope this clears things up at last.