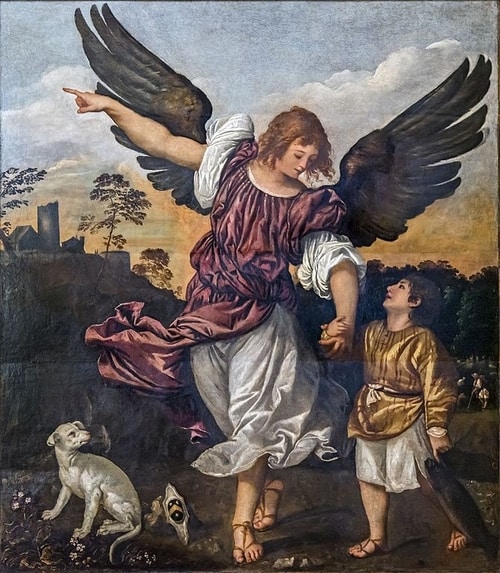 Archangel Raphael has been one of the chief angels of white magic. Many magicians have invoked and evoked Raphael because of his healing powers either to heal themselves or other people.

While there are many ways to summon Raphael, including prayers, a proper magician will use more elaborate methods that provide greater chance of success. Keep in mind that bringing spiritual entities into this world requires three things:

Breaking down these 3 points

First, in order to summon any angel or demon, you need to have a clear reason for doing so. For summoning archangel Raphael that reason would be to cure a physical or mental ailment. First think about which ailment you need assistance with. This will ensure that you communicate better with Raphael once he appears to you instead of having to think about it for the first time while you’re in a trance which can be inconvenient.

Secondly you need to get into a trance. This is why many magicians use wands, swords, daggers, ceremonial clothing, candles, incense and many other devices. Their purpose is to heighten the atmosphere during the invocation in order to induce a trance state in the magician.

The trance state is accomplished when your brainwave state changes from either alpha or beta into a theta state. Theta state is the one where you’re more likely to see spiritual entities and are more vulnerable to suggestions. It is in this state that your subconscious mind becomes more active than your conscious mind.

Thirdly, once you’ve entered the trance state you can call upon archangel Raphael to come into your body and mind and to heal you of any impurities and illnesses that are troubling you.

Having said that, while there are many different rituals for summoning archangel Raphael, I found this following ritual to be the most effective. It has helped me cure my sinus infection, relieve digestive problems (for good!) and improve my overall wellbeing. Here are the step-by-step instructions:

How to Summon Archangel Raphael

There aren’t any dangers in this case, because you’re invoking an archangel, not a demon. In case of demons you have to be careful because they often have a selfish agenda of their own. Unless you are fully in control during the summoning process, they can end up using you for their own malevolent goals.

In case of angels this isn’t a problem because they are inherently benevolent entities. So you will not be in danger in any way, especially because you are using the invocation for healing, not for harming others. The technical term for this is “white magic”, as opposed to “black magic” which is used to manipulate or directly harm another being.

Archangel Raphael is one of the most powerful spiritual entities. He’s entirely good and kind and willing to help anyone who asks for assistance. He doesn’t ask for anything in return, except for love and respect.

Once you’ve healed your physical ailment by using his powers, make sure to thank him again and spread the message, perhaps even conducting the same ritual on your friends and family to help them as well.

Want to learn more about magick and especially summoning rituals? Then I suggest getting a copy of my book The Warrior-Magician Manual, available on Amazon in Kindle and paperback format.