Summoning a fairy can be quite dangerous so I’m reluctant to share this information. But since any passionate occultist will find his answers regardless of my warnings, it’s better you get it here than somewhere else.

First of all it’s important to notice that fairies are very fond of natural, green environments. This is why in traditional folklore fairies are found mostly in England, Ireland and other northern regions of Europe. This does not mean that fairies are not present in other parts of the world as well. But they simply don’t take the form of small and lovely creatures with wings. For example, fairies are closely associated with djinns from Arabian folklore even though they are depicted very differently in this culture.

So the fairy you summon might not look exactly like you imagined, depending on where you perform the summoning ritual. They can take on different appearances, so you might get a demonic presence which isn’t exactly pleasant on the eye. Or you might get a beautiful, small female with sparkly wings wishing to be your friend or a little extra. Most of the time, a fairy will manifest itself as a small and bright orb of light in various colors. If a fairy has turned your home into a permanent residence, you may see an orb of light in the corner of your eye frequently. 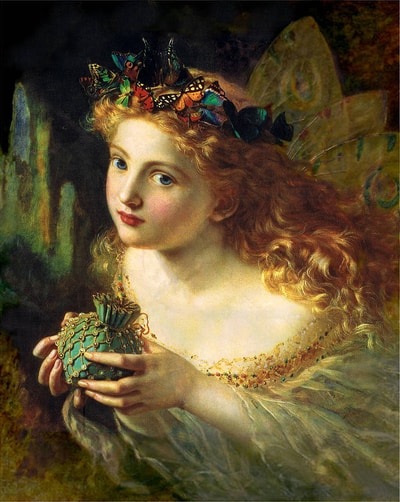 Fairies are creatures that already exist on a different, most subtle plane of reality. When we talk about summoning fairies, it’s important to notice that we’re not creating them out of thin air. They’re already there, we’re just not aware of them. They have their own social hierarchy, relationships, family duties etc. Some magicians who came into contact with fairies explain that they have more of a matriarchal social system (women have more authority than men).

Anyway, if you’re summoning a fairy, you better have a good reason for doing so. Because you’re essentially abducting them from their own reality. Since many people who summon fairies do so for no better reason then curiosity, these little creatures become dangerous guests that can run havoc on their lives.

Some dangers associated with summoning fairies are physical harm, unexpected disease, leading people into dangerous situations, items go missing and general mischief. There have been recorded testimonies of torture after ignorantly summoning fairies reported by multiple people. The person would break his leg, their home would catch fire by accident, their money and jewelry would go missing, people in their families would get abducted. It’s not that the fairy is necessarily performing these actions in a literal, but it works in mischievous ways to set the terrain for these events to occur. So think hard about why you wish to summon a fairy and if it’s worth taking a risk of this magnitude.

Some benefits of summoning a fairy are: help in worldly matters, otherworldly sexual experiences, vivid dreams and astral travel, enhancement of magical items and knowledge of their world. When it comes to help in worldly matters, fairies are similar to angels and demons. If they find your cause worthy of their attention, they could assist you as long as you’re respectful towards them.

One specialty that they provide is extraordinary sexual experiences, often depicted as pleasant electric sensations across the body. Fairies will often appear in what become very vivid sexual dreams. Through astral travel a fairy can lead the magician into his/her world. Yes, there are male fairies as as well as you can see in grimoires like The Book of Oberon, so choose wisely! In any case, through astral travel under the guidance of a fairy one can find out extraordinary information about their society and their true nature.

How to summon a fairy 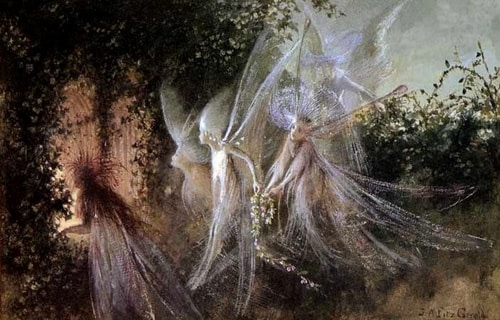 As I’ve mentioned previously, inviting a fairy into your life can be quite dangerous. Fairies can behave as demons or as angels, and their morality is not the same as ours. They could find torture to be hilarious and run havoc on your health and personal relationships.

But if you have a good reason for playing with fire, here are clear instructions on how to perform fairy offerings and summoning properly:

Fairies inhabit natural, green, lush lands. It is here you’re more likely to get in contact with them than you would be performing an offering or a ritual in closed doors.

Find a peace of land you’re especially drawn towards. There you can provide offerings. The most well accepted items are milk, honey, red wine, blood, tobacco and whiskey. They also like bent and ruined iron items such as nails for example. However there is a warning not to offer them any piece of clothing because it angers them.

Offerings of this kind are the safest way to get in contact with a fairy because this allows them to accept or deny your offer. A direct summoning ritual can be perceived as an abduction and backfire on the magician.

If you live in a city and don’t have any rural area nearby to use for offerings, it’s best to use your garden. You can build an altar or even better, a fairy house and leave your offerings there. Amazon has a great collection of small fairy houses available for purchase. If you don’t have a garden, you can do all of this indoors instead.

Now here are some simple fairy summoning rituals that others in the occult community have had success with:

Mix the items in a cup and chant 3 times

Fairy of (choose fairy powers)
Come to me
Be my best friend, forever
Show me love and affection
Be everywhere I am
So mote it be

The fairy will come in five minutes after doing the spell. It will manifest itself as a sparkle in the cup of cinnamon and sugar. Close your eyes and you will be able to easily visualize a normal person in a globe of light. To make the fairy leave say once “I had fun that’s it for today”. To make her come back use the mixture and put it on your tongue and say 5 times “A trip down memory lane “.

This spell is to summon a Fairy to Enchant an item with magical properties, protection , health, love , healing etc.

First thing you need to do is

With those offerings in place, whisper the following verse:

Little folk of flashing wing,
little folk of dancing feet,
hear my words to you and bring
blessings with you when we meet.
please bless this ( insert objects you want enchanted name )
with your Power and Protection
so mote it be

Leave the object with the fairy house and the offerings.

Continue to leave little fairy treats about once a month. This spell is best done at dusk as fairies are usually asleep in the day and dancing at night.

Final Word: How to Summon a Fairy

There are many ways to summon a fairy. Often the results can’t be fully anticipated since fairies are fickle by nature. They could provide you with the loveliest of times, or they could cause serious problems in your day-to-day life. It’s important to perform the ritual properly. If you want to minimize the risks, it’s best to start with an offering and let the spirit come to you instead of forcefully pulling it down into our human realm. Hope this helps!