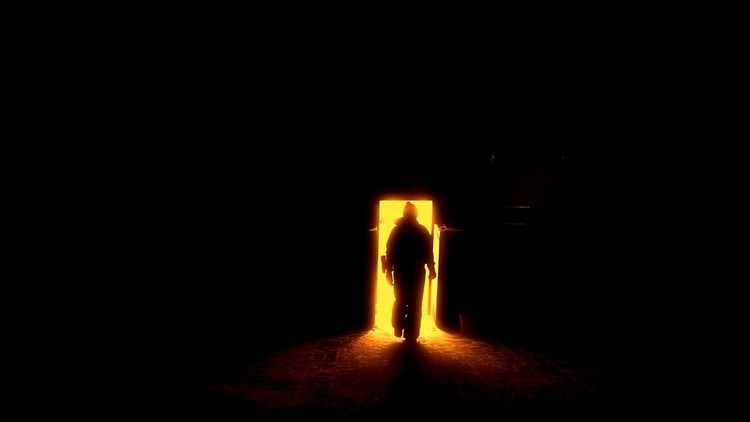 In this article I will explain how to summon Abaddon through ceremonial magic ritual.

Abaddon holds the key to the botomless pit, separating the lower and higher spheres on the Tree of Death in the Kabbalistic/Qliphothic esoteric system.

Abaddon is also mentioned by some as the Angel of Death. He’s often depicted as a large, tall figure in a black robe/armor, similar to Sauron or the Nazgul from Lord of the Rings. It is very likely that Tolkien used Abaddon or the “angel of death” descriptions in crafting these characters.

While these fictional entities are merely figments of imagination, Abaddon is a demonic entity that has been evoked and invoked by magicians for centuries. Reasons for summoning this demon are many, but they fall into these three general categories:

To summon Abaddon you will need to explore your inner darkness and gather dark energy in your body, mind and soul instead of letting it go. Here are the full ritual steps you can follow to summon this powerful demon.

Abaddon protects the gates of the Abyss. It is as much to protect the Abyss as it is to protect those who are not ready to step inside. The Abyss is a dark place that can lead to one’s total destruction. At the same time, it can be used to harness the greatest power imaginable. To gain Abaddon’s respect, the magician has to cultivate his dark and negative energy instead of letting it go.

This energy is not necessarily bad, it depends on whether you allow it to exist or try to fight it. For the purpose at hand, it is necessary to allow it to engulf you entirely, to bathe in it, increase it further until you’ve become one with the darkness, as if your entire Being were a dark mist and you had a dark aura surrounding your body.

Visualize these changes happening from the outside of your body and penetrating to your soul, your third eye and all parts of your body. Feel the relaxation as you surrender to the darkness, no longer fighting your dark ambitions for power and complete control.

To appease Abaddon further, it is important to prove that you’re willing to reduce your physical needs. Fasting for a period of time is one of the most popular ways of proving your willpower and receiving spiritual purification in the process. Perform a water fast for three to seven days. This means not eating anything and only drinking water.

Of course, consult your doctor before fasting to make sure you don’t have any underlying health conditions that would be exacerbated by this practice. If you have a medical condition that makes fasting dangerous, eliminate some other important thing in your life, such as all sources of entertainment for a period of time, social encounters or something else you believe is important.

The last requirement before summoning Abaddon is to clear your mind of chatter.

Mindfulness is a state of mind where there are no thoughts, just pure emptiness. In that state of mind, when thoughts enter your head you will be able to recognize them and easily remove them or not allow them to have any effect on the way you feel.

This is very much like having the Abyss inside of your head, a dark and tranquil place. Perform 20 minutes of mindfulness meditation in the morning and 20 before going to sleep for at least seven days before attempting to summon Abaddon.

If you’ve performed the three preparatory steps, you are ready to perform a ceremonial magic ritual to summon Abaddon into your life for the before-mentioned benefits. Here are the steps to follow:

This ritual should be performed in a dark environment, preferably at nighttime.

1. Wear your black robes or clothes to symbolize your cultivation of darkness and affiliation with Abaddon, the Gatekeeper of the Abyss.

2. Create a magic circle on the ground with salt. Salt is traditionally used as a substance for creating magic circles. It is also used to ward off negative and evil spirits during rituals. Remain inside this circle throughout the ritual.

3. Light up myrrh incense. Myrrh incense can be purchased. It has been used for thousands of years in rituals. Myrrhs is also an analgesic or painkiller, and as such the ideal incense for a dark ritual of this nature.

4. Sitting in the middle of the circle and facing North, use the ritual blade to draw Abaddon’s symbol in the air.

5. While drawing Abaddon’s symbol, chant these words “Es Na Ayer Abbadon Avage”. Repeat for 13 times, even if you’ve completed drawing the symbol in the meantime.

6. Now lay down on the ground in what is known as Shavasana or Corpse Pose in yoga and close your eyes. Allow the darkness, the soothing incense and the energies you’ve evoked to enter through your limbs and move to your heart and third eye. Instead of blinding you with light, this energy will draw you into a dark vortex.

7. As you spiral downward towards the Abyss, you will find Abaddon waiting in the lowest region. In this visualized/dream like state/astral plane you have the opportunity to communicate your desire to Abaddon and receive his blessing and assistance. Say what it is you want, reveal your dark ambition to Abaddon and he will surely reward you for your effort and devotion.

8. When you’re ready to end the ritual, imagine the dark vortex bringing you back up to the surface and open your eyes. Remove the ritual items, turn on the lights and perform some completely unrelated activity to get back to your ordinary senses.

Final Word: How to Summon Abaddon

This ritual has worked for me in the past so I’m confident you will at the very least have some interesting experiences if you try it. Make sure to perform the purification process to get in the right mindset before performing the ritual though, otherwise you are likely to be disturbed by arbitrary thoughts and have weaker results.

Having said that, this is only one way to communicate with Abaddon. There is an entire new world of opportunities and powers that Abaddon can provide you with, that I will not get into here. You can learn more about this in the excellent Abaddon: The Angel Of The Abyss Pathworking video course and grimoires. Talk to you soon!