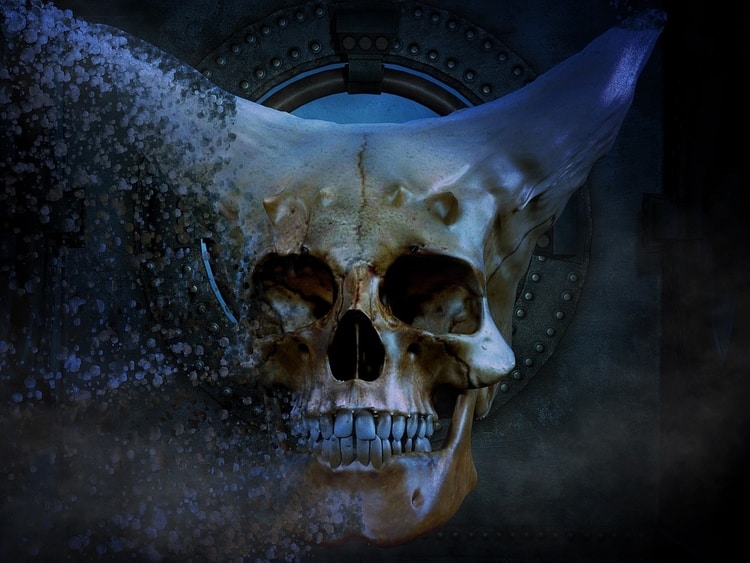 Azazel is a fallen angel/demon that the Jewish people offered sacrifice to, most notably in the form of a goat or a lamb. They did this to appease Azazel and rid themselves of any harm that would be the result of their previous sins.

Azazel was considered a punisher of sins as well as someone who could wash away sins or bad karma. In this respect Azazel is similar to many spirits and deities from other cultures.

A magician can summon Azazel to get rid of his or her own karmic impurities. This can lead to improvements in many areas of life, since the karmic entanglements often manifest as blockages in one’s physical body or dealings with the external world.

Note that all three benefits are the result of a single cause: no longer being trapped by previous sins. When Azazel releases these blockages, the astral body becomes brighter and more mobile, and this changes how we feel, behave and what things we draw into our life.

How to Summon Azazel

The main part of this ritual is providing a sacrifice. Azazel demands you give up something in return for removing sins. The Jewish people sacrificed a goat or a lamb, and the magician should sacrifice something valuable to him personally or objectively. That could be burning a sum of money or giving away a prized possession. It could be sacrificing time to do something for Azazel like building an altar or an artistic work.

Create a magic circle on the ground with salt. The circle is there to protect you from evil spirits while you’re performing the ritual, since during this time you are effectively creating a gateway to the spiritual dimension. Salt is a traditionally used substance for spiritual protection and most commonly used for creating a magic circle.

While in the circle, present your sacrifice. Then repeat the following incantation three times:

I sacrifice to you Azazel
A symbol of my past
To rid me of sin
To remove misconducts
That have plagued me thus far
I seek purity and light in body, spirit and mind

Lotus position is the simple sitting meditation pose. Sit in this way at the center of your magic circle.

Close your eyes and imagine bright light moving from the base of your spine, climbing up  through the spine to the top of your head, then descending through the front of your face, your tongue and all the way down to your navel. From there it moves through the pelvic region and back to the base of the spine. Then moves up again to the head and the circle repeats in the same fashion.

It’s important to guide the light, not force it. Simply relax and imagine the light following your intention, as it moves where it needs to go. If you force it, it can send too much energy and overcharge or burn a particular energetic point in the body.

Perform this purifying exercise for 5 to 10 minutes. Also, keep the tongue attached to the roof of your mouth during this meditation. The tip of the tongue should rest close to the upper front teeth. If you try to say “Larry”, that’s where the tongue should be.

By summoning Azazel and performing the proper meditation technique you have purified yourself of past sins. You will no longer be stiffled by negative cosmic influences.

It is said that like attracts like, that evil attracts evil. Having rid yourself of evil, you will no longer attract it. For this reason your life, mental and physical condition will all improve. End the ritual by thanking Azazel for his support and leaving the confines of the magic circle.

There is a lot more to summoning Azazel. There is in fact an entire initiation system centered around this powerful demon that can bring you power and everlasting glory. You can learn more about this in the Azazel Pathworking Course and Grimoire: 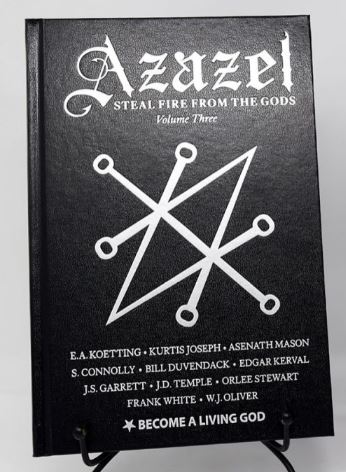 This is the main source of information on Azazel, containing dozens of high quality rituals, mythological explanations and lifestyle requirements that this ancient spirit requires of its initiates. Here is a link to this grimoire and video course, you will also find the Table of Contents therein.

2 thoughts on “How to Summon Azazel: A Simple Evocation Guide”