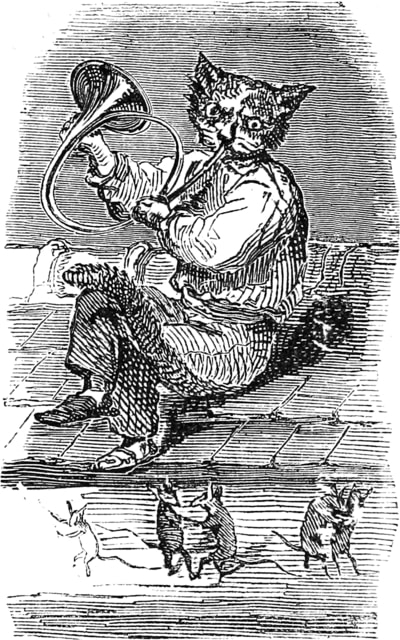 Beleth (also known as Bileth, Bilet, Byleth) is one of the most powerful demons you can summon. His description can be found in many grimoires, and he’s one of the Kings according to Ars Goetia.

It’s always best to summon a demon that actually has powers that can help you in some way rather than summon a random demon.

Beleth’s powers are love and knowledge. In Ars Goetia we read that:

This Great King Beleth causeth all the love that may be, both of Men and of Women, until the Master Exorcist hath had his desire fulfilled.

In Pseudomonarchia Daemonum we read that Ham, Noah’s son, was the first in invoking him after the flood, and wrote a book on Mathematics with his help.

So both love and knowledge can be worthwhile reasons for summoning Beleth.

How to summon Beleth

It will be useful to read his full description from Ars Goetia as it provides useful advice for conducting a Beleth summoning ritual:

The Thirteenth Spirit is called Beleth (or Bileth, or Bilet). He is a mighty King and terrible. He rideth on a pale horse with trumpets and other kinds of musical instruments playing before him. He is very furious at his first appearance, that is, while the Exorcist layeth his courage; for to do this he must hold a Hazel Wand in his hand, striking it out towards the South and East Quarters, make a triangle, without the Circle, and then command him into it by the Bonds and Charges of Spirits as hereafter followeth. And if he doth not enter into the triangle, rehearse the Bonds and Charms before him, and then he will yield Obedience and come into it, and do what he is commanded by the Exorcist. Yet he must receive him courtesously because he is a Great King, and do homage unto him, as the Kings and Princes do that attend upon him. And thou must have always a Silver Ring in the middle finger of the left hand held against thy face, as they do yet before AMAYMON. This Great King Beleth causeth all the love that may be, both of Men and of Women, until the Master Exorcist hath had his desire fulfilled. He is of the Order of Powers, and he governeth 85 Legions of Spirits. His Noble Seal is this, which is to be worn before thee at working.

So let’s break down these instructions:

According to most accounts, Beleth is indeed a dangerous demon to work with. You will need to be prepared mentally and physically to endure an encounter that can overwhelm your senses and psyche. But the rewards are worth it if the magician manages to come out of this ordeal unscathed.

We see similarities between Beleth and two other powerful demons, Paimon and Astaroth. Paimon rides a camel and is also followed by trumpets and other musical instruments. And when summoning Astaroth the magician should also carry a silver ring and keep it close to his face to protect against the demon’s putrid breath.

That aside, here’s a practical ritual for summoning Beleth that you can perform on your own or in a group setting:

1. Have a good reason to summon Beleth

Ask yourself seriously if you want to engage in love relations at the moment or be overwhelmed by new knowledge and desire for obtaining it. If you have other priorities at the moment than this could be detrimental to you. If not, carry on.

As we mentioned previously, you will need a hazel wand, a silver ring and Beleth’s seal/sigil, preferably as a wearable item such as a necklace or a shirt. You could even draw his sigil on your hand or other part of your body, simply to have a mark that can be washed off later. If you want to fully dedicate yourself to Beleth, you might even get a tattoo. But unless you’re a demonolator, a tat could be a tad too much.

Perform your Beleth summoning in a quiet and isolated space where you won’t be disturbed by anyone. If you live with roommates or family, you might have to do it in a rural area, such as a forest or an abandoned building. Either way, make sure that no one interrupts you and Beleth escapes the triangle before you’ve had time to subdue him.

In order to communicate with Beleth or any other spirit it’s necessary to alter your perception. You have to enter a dreamlike, trance state in which you will see, hear and/or feel the more subtle, invisible and spiritual forces.

This you can do with various methods. One of them is meditation. Another is to close your eyes and visualize Beleth or his sigil.

Yet another method is to chant or repeat as a mantra his demonic enn which is “Lirach tasa vefa wehl Beleth.” Demonic enn’s are phrases that have a specific frequency for connecting with the desired demon.

It’s also advised to fast for at least a couple of hours so that digestive processes don’t ruin your concentration.

5. Bind Beleth into the triangle

Most demons are fairly benign and don’t require binding into a triangle for safety. Beleth is not one of them. It is highly advised to charge a triangle with a wand inside the ritual space.

I also advise creating a magic circle on the ground with salt and standing in the circle. Salt is protective against agressive spirits so in case anything goes wrong it will protect you from Beleth’s wrath.

Once you’ve charged the triangle (outside of the protective circle of course), use these binding words to transport Beleth into the triangle while pointing the wand at the triangle:

“Beleth, ruler of Hell, Minister of Powers, Lord of Legions I summon thee into this triangle. I respectfully demand that you remain within its borders till the end of this ritual.”

After saying these words, keep the silver ring against your chin or cheek. Then ask Beleth with a respectful tone to help you with anything related to love or knowledge.

6. End the ritual and release Beleth from the triangle

After you’ve received a satisfactory answer say to Beleth that you will drain the energy from the triangle. He should return back to his Realm and perform the deeds you ask of him from there. Then point the wand at the triangle and suck all the energy that you previously charged through the wand and back into yourself.

After the ritual is finished provide Beleth you will likely receive assistance with the things you asked for. However, don’t be too impatient and don’t demand that things happen exactly how you want them to happen. There’s a saying that “God works in mysterious ways.” This is true of magic as well. More often than not you will get your heart’s desire fulfilled. Make sure to thank Beleth when it happens.

Now let me ask you a simple question: Do you want to instantly make significant changes in your life? Manifest more money, love, relationship success, positive mindset and overall lifestyle abundance? Then make sure to check out this free Manifestation Magic video and discover the method!