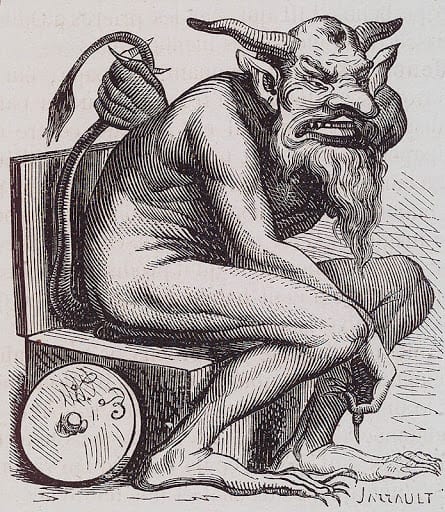 Belphegor is an ancient Phoenician deity of health, but is also known as a Prince of Hell and a demon of sloth. In Phoenician times, Belphegor was highly respected, but today he is avoided because of the negative image he acquired within the Christian tradition.

In the occult circles though, Belphegor is highly respected and also feared. Aside from being very helpful with regaining physical vitality, he is also summoned for boosting creativity and removing energetic blockages which can cause mental issues such as anxiety and depression.

However, there are dangers associated with summoning Belphegor, if done wrongly of course. The main one is increased lethargy, bodily pain and slothfulness along with changed perception, to the point of obsessing over eating inedible objects. This is why many magicians refuse to work with Belphegor at all, fearing that something like that could happen to them if they make a mistake during their ritual.

So the magician should be very precise in his dealings with this powerful demon to avoid such negative consequences. The rewards though, might be worth the risk, because if the summoner gets in Belphegor’s good graces, he will treat and heal him with affection and care deserving of a king. In this article I will share with you the complete ritual preparations and the ritual itself for summoning Belphegor.

Belphegor requires the exact reverse of all other spirits. When performing almost any other ritual, the recommendation is to perform a cleanse and a fast of the mind and body. This can involve fasting on nothing but water, or eating less, praying, meditating etc. But Belphegor does not appreciate such modest behavior. He is a demon of filth, he requires the magician to get filthy as well before he can be truly cleansed.

Along the same theme is the ritual space on which Belphegor should be summoned. Unlike other spirits that appreciate a clean ritual space, Belphegor revels in dirt, excrement, slime and swamp. So find such a place, whether it’s a dirty bathroom, a garbage dump or a place you’ve dirtied artificially to serve the purposes of this ritual.

3. Create a Shrine of Filth 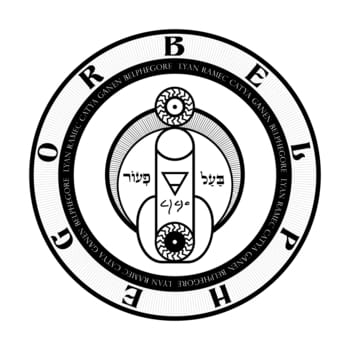 A shrine of filth is a necessary component of the ritual. There are no precise instructions on how it should look or the materials to be used, but it should basically be a dirty, elevated surface on which you are able to place a black candle and his sigil. You can draw his sigil on a piece of paper or use a purchased item containing his sigil, such as a necklace or a piece of fabric.

Belphegor is an incredibly chaotic demon who appreciates raw energy more than preplanned incantations and prayers. You will not subdue him with orders and pleas, only by showing the true depth of your dedication. Speaking in tongues (allowing yourself to speak automatically, without thinking), dancing, moving and shaking uncontrollably around the shrine of filth is the way to get Belphegor’s attention.

You should completely let go of trying to be clean, pure or anything else deemed respectable by society. Being raw and animalistic will bring you closer to Belphegor than pretending to be high and mighty. As for the clothes, wear a completely black robe or black clothes with no symbols and signs on them.

Once you are completely exhausted from evoking Belphegor, lay down on the floor, spread your hands and legs and say to Belphegor with all honesty and frankness what it is you need help with.

No pretending, no lies, no deceit. If you are able to completely honest, Belphegor will be of great help to you from that day onward. If you fail and try to act better than you actually are, you could suffer the fate that I mentioned earlier, that of slothfulness and vile habits that will continue beyond the ritual and will be hard to get rid of.

6. At the end of the ritual

After you’ve summoned and communicated with Belphegor through this ecstatic ritual, you will feel exhausted, physically and spiritually. Clean up the ritual, take a shower, take a well deserved rest. Resume your life as if nothing happened. There is no point in forcing a change at this point, as Belphegor will makes his moves if you’ve summoned him correctly regardless of your actions.

I hope these ritual instructions have revealed to you just how chaotic Belphegor is, and why he is rarely talked about in occult circles. In truth, there aren’t many magicians willing to let go of their inhibitions completely and roll in dirt, lowering themselves and their egos to appease a demon.

Yet, such a lowering is exactly what is required to summon this Prince of Hell. Only after experiencing the exact opposite will this demon consider the magician worthy of great physical and mental health.

Personally, I don’t have much experience working with Belphegor, though I’ve known a magician who was on very good terms with him. In my opinion, there are safer routes to getting the same results, for example through the demon Buer.

Having said that, if you need assistance with summoning a spirit into your life, you can request a ritual and I will be happy to help. See you on the other side!

3 thoughts on “How to Summon Belphegor”