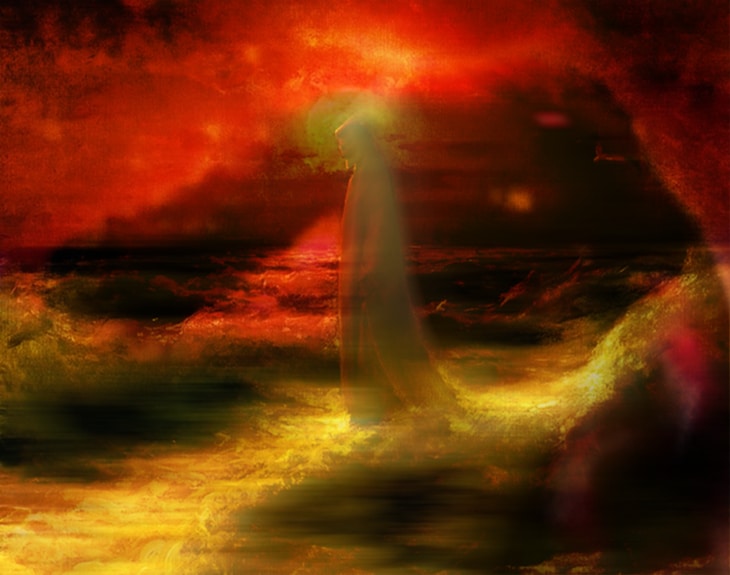 Lucifer is the chief demon of the left hand, sinister path of spirituality. He is the most powerful rebel, the dark Prometheus, who not only presented humanity with the knowledge of fire, but also the knowledge on how to become a living god.

Mythologically speaking, God had cast Lucifer into the Abyss, to destroy a worthy rival to his heavenly throne. But Lucifer grew ever-more powerful in the Abyss, spreading his influence into the earthly realm, becoming a spiritual master and guide for thousands of intitiates and magicians ascending to their own celestial thrones.

Unlike God, to whom one can only pray and hope for some bread crumbs in return, Lucifer rewards his followers with great reward both in this life and the next. When summoned successfully, Lucifer can imbue the worthy magician with magnificent magical powers, including clairvoyance, knowledge of hidden things, material wealth, social reputation and much more. As the summoner develops a keener relationship with Lucifer, this mighty demon will lead him on a path of spiritual enlightenment.

However, the difference between “regular” spiritual enlightenment and the enlightenment provided by Lucifer is worth knowing. The right hand path, God-oriented enlightenment aims at uniting the spiritual seeker with God. In comparison, luciferian enlightenment builds the magician’s powers to the point at which he becomes a God himself, a Demiurge that can create as well as destroy planets, galaxies, entire universes.

The first step in this process of dark alchemy is to summon Lucifer. Once the Dark Lord is summoned, he will assess the magician’s current powers and potential. Based on this assessment, new powers will be bestowed upon him, as well as instructions for further development. If you want to become Lucifer’s disciple, gain immense spiritual knowledge and improve many facets of your life, you should know how to summon Lucifer properly.

Many mistakes can be made along the way, many fake rituals have been shared that amount to little more than self-delusion. However, the great oral, as well as written tradition of the Left Hand Path has preserved a couple of essential ritual operations of the “Great Work”. I am sharing here one ritual that has maintained great reputation within the occult circles for more than a few centuries.

At the same time, this summoning ritual is fairly simple to comprehend as well as perform by a novice. It’s a ritual you will be able to perform even without prior preparation on the Luciferian path, so consider it the first initiatory step of your Dark Enlightenment. Without further ado, this is the Seven Spheres ritual for summoning Lucifer.

Before attempting to summon Lucifer, it’s vital to cleanse/purify yourself of all other external influences: physical, mental and spiritual.

The ritual should be performed at 00:00, a symbolic start of a new day and your destined path. Prior to the ritual, self isolation for at least 24 hours is required. It includes all forms of communication with living entities. Communication through technological means such as phones and computers is forbidden, as well as any forms of entertainment, including books.

The point of self-isolation is to gently remove all energetic interferences that could come up during the ritual and disturb your focus. You should be fully engaged with the process, instead of having interrupting thoughts, which would most definitely arise in everyday circumstances.

Fasting is also required 24 hours prior to the ritual, for the same cleansing reasons.

Your body is your temple, and food as well as other ingested substances are a contaminent. A necessary one for survival of course, but your temple  should be clean and ready to receive Lucifer’s energy, not crowded with food or irrelevant thoughts and emotions. You can however ingest a moderate amount of water and tea during this period.

It goes without saying that if you have a specific medical condition you should consult your phyisician prior to fasting. I am simply sharing the ritual as it is, not encouraging you to do anything that could cause harm. 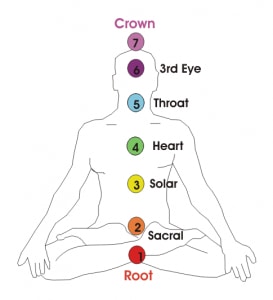 Luciferian magic employs colors as a means for activating various points in the astral body, also known as chakras. Your time of self-isolation will not be spent wandering around and doing nothing. It is the time for activating these seven centers in the astral body, so that Lucifer’s energy can flow through you undisturbed. These seven points in the body and their corresponding colors are:

If you’re not a great believer in the chakra system, it really doesn’t matter, as these are cross-culturally acknowledged energy points in the astral body, known not only to Indian culture, but also to the Egyptians, Babylonians and presumably many others.

In fact, we find a similar esoteric concept in the Jacob’s Ladder of the Christian tradition, as this Ladder also consists of seven rungs of spiritual ascent. Of course, the methods for achieving this, as well as the ultimate goal are somewhat different depending on whether one is on the God-oriented or Lucifer-oriented path.

This purification process requires candles of the mentioned colors. The purification involves gazing at the candle flame for 20 minutes every 2 hours, starting with the red candle, then moving to the orange candle and so forth. At every time, focus on the correct chakra position, imagining it expanding with the corresponding light, casting away all impurities. The hands should be positioned as follows: 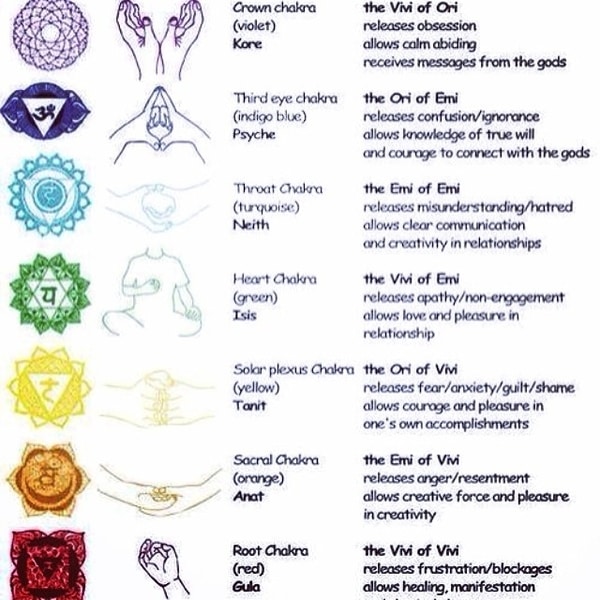 Holding your hands in the right position will help you focus on the spot with greater intensity. You can try it right now and see if you notice your focus shifting to a specific place in the body.

Once you’ve performed these 3 cleanses within the 24 hours before the ritual, you are ready to finally conduct the ritual itself. 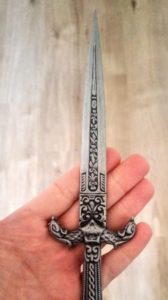 The Cleansing is the harder part of the process. The ritual itself is not complicated and shouldn’t frighten you, at least not for fear of complexity. These are the ritual items required:

The Result of Summoning Lucifer

If you follow these steps, there’s a significant chance that you will be visited by Lucifer. As always, I have to remind readers that there is not a single way in which a spiritual entity can manifest.

For some people, Lucifer will appear in the shape of a charming Dark Prince, for others as a terrifying Angel of Death. There are others who will hear his voice without the visuals. Some will only feel his presence, a changed atmosphere in the ritual space, as if it was suddenly crowded by a new and far denser energy than they’ve previously felt. Others will not experience any of this, but they will experience an immediate realization, an immediate transformation of their perception of the world and their place in it.

In each of these cases, the manifestation itself is of lesser importance, although people tend to think that this is the pinnacle of the ritual. On the contrary, these experiences are quite illusory, which is shown by their varieties. Have we not heard (or perhaps experienced) many crazy stories from insomniacs, people who’ve eaten strange mushrooms and so forth?

Instead of focusing on the appearance of phenomena, focus on the results they bring. After you’ve summoned Lucifer, you will begin to receive the gifts that you asked for, whether it is wealth, respect, spiritual development or something altogether different. You’ve been taken under the wing of a great and ancient master and will progress more quickly on your path than ever before.

The ritual I’ve been given permission to share in this article is merely a beginning of the journey. There is much more to learn about Lucifer and the Dark Alchemy path, magical skills to develop and enchanting experiences that cannot be properly expressed in words. If you’re interested in learning more about the theory and practice of Luciferian magick, I highly recommend this exceptional set of new grimoires from E.A. Koetting and the accompanying magicians:

Talk to you soon!

2 thoughts on “How to Summon Lucifer: The Seven Spheres Ritual”