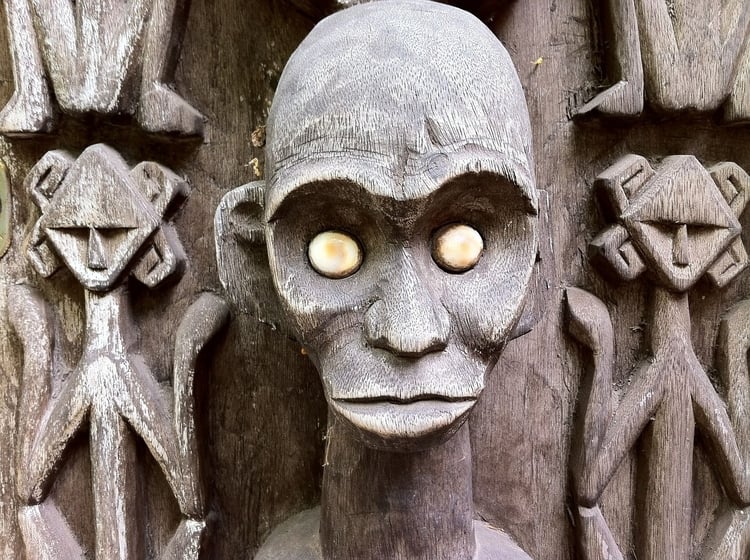 These two religions have the same place of origin: West Africa. They also adopted some features from Catholicism. Although many people think that they are one and the same, Santeria and Voodoo have quite a bit of differences. Let’s start with an elucidation of Santeria and then Voodoo before jumping into the list of similarities and differences, or feel free to skip ahead.

Santeria merges as a diversity of different faiths. It means ‘way of saints’ or ‘honor of saints. It is an amalgamation between the orthodox Yoruba religion in West Africa and Catholicism.

The religion is also known as La Regla de Lucumi or Lucumi or ‘Lukumi’s Rule’. It emerged in Cuba between the 16th and 19th century. The roots go back to Africa, where the Yoruba tribes practiced the Lucumi religion. Between 1940 and 1960, the immigrants from Cuba spread Santeria in the United States. The religion also features Spanish Catholicism, and to this extent, it is also characterized by Spanish culture. It is well developed in Spanish-speaking people and colonies. 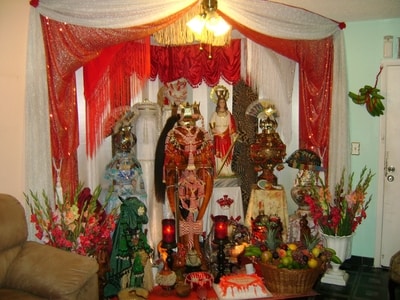 Their encompassing Divinity is compiled of three facets; Olodumare, Olorun, and Olofi. Olodumare takes little interest in human beings, thus it is considered to be inaccessible to humanity. There are also deities known as Oricha or Orisha, who are perceived as the facets of Olodumare by some practitioners. Practitioners believe that Orichas intercede for them if they make offerings and live in compliance with their wishes.

The masters of Santeria are mostly located in Cuba, although it is now being practiced by individuals of various nationalities. Being an Afro-Cuban religion, Santeria is an adaptable tradition that has no central authority.

Santeria fought its way up, and even after the Constitution in Cuba proclaimed freedom of religion, the religion continued to face much opposition. The Catholic Church criticized it as being folksy witchcraft, which was associated with criminality. Cuba’s government considered it ancient sorcery.

Today, almost 80 percent of the Cuban population practice Santeria, which is sometimes described as the “national religion.” 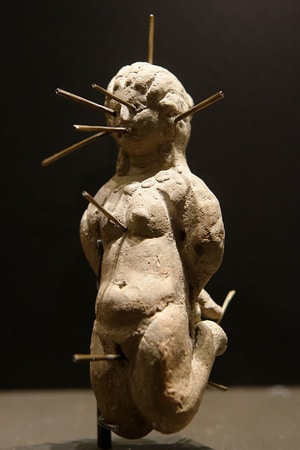 Voodoo is a word originating from Western Africa, and it means ‘moral fiber.’ It blends elements of French Catholicism and traditional religions of West Africa. It developed in Haiti between the 16th and 19th centuries during the Atlantic slave trade. Voodoo can be traced to the Fon and Ewe in West Africa, currently known as Benin. Voodoo can also be spelled as Vodou or Vodun.

In Voodoo, Iwa is a veneration of deities frequently identified as Yoruba gods and Roman Catholic saints. Iwa is an intermediary of the distant and magnificent figure that does not involve itself with humans, Bondye (God).

Voodoo’s paranormal ancestral connection is passed from generation to generation by rituals and spiritual practices. The rituals involve performers drumming that make most of the music, singing, dancing, praying, and even animal sacrifice. These actions inspire Iwa to possess one of their members with a spirit. Once the spirit comes into the member, it can speak to the god (Bondye), dead people, heal, protect, and even do magic.

There is no centralized leader within Voodoo. It is practiced differently in rural and urban areas and also in Haiti and other locations such as New Orleans, a very popular center. Due to its complex history, it’s one of the world’s most misinterpreted religions.

Having understood the fundamentals of Santeria and Voodoo, let’s examine the main similarities and differences.

Main similarities between Santeria and Voodoo

So the similarities between Santeria and Voodoo get many people thinking that they’re the same. However, that’s not the case. There are many clear differences between these two religions.

12 Main Differences Between Santeria and Voodoo

The bottom line is that Santeria is not Voodoo, as many people believe, but they share a common history. Secretly the practitionres prayed to their ancestor’s gods as they hid behind Christian saints. Slowly, the African religious rituals merged with Christianity. In Cuba, the practice became known as Santeria, while in Haiti, it started being referred to as Voodoo.

The one thing that is for sure, both Santeria and Voodoo have mysterious, occult practices. They are marred with dark mystery due to the secrecy that guards these esoteric segments of their practice. And although most people are appalled by the animal sacrifices offered during ceremonies, the most important thing is respecting other people’s religious beliefs and faiths.

BONUS: If you’re interested in practicing voodoo as a shaman or a magician, I recommend checking out this excellent Haitian Voodoo course. This premium video course will teach you how to perform magic rituals, create altars, idols, talismans and connect with Voodoo spirits with astounding results.