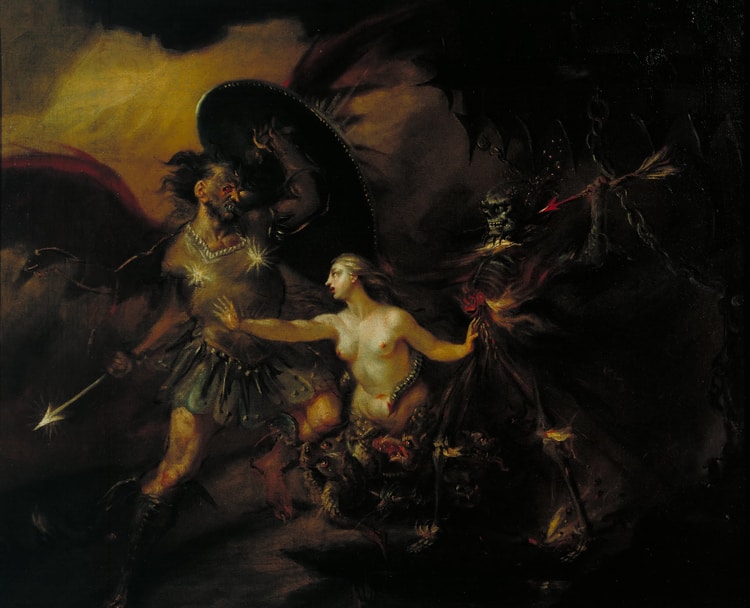 Satan is the greatest villain in many religions, from Christianity and Islam to Zoroastrianism. We find depictions of Satanic forces as far as the Korean folklore. Satan is the quintessential arch-nemesis, the Lord of Darkness conspiring against the Lord of Light.

But in today’s materialistically imagined reality, people are wondering if Satan is little more than a mythological and therefore metaphorical figure to explain the dark side of existence. A side that can be explained entirely through science and doesn’t need any metaphysical or imaginative explanation. In that case, Satan’s existence is put into question as an autonomous being in a spiritually hierarchical universe.

This isn’t a simple question, so we have to look at ways in which Satan can be real. There are 4 types of existence for any spiritual entity, including Satan:

It’s important to make these categorical distinctions, because the realness of something always depends on what we mean by “real”. Is our criteria such that Satan is real only if he’s a physical, horned beast stomping around in Hades? Or are we content with labeling Satan a real entity if he’s a metaphysical principle, the other pole of a moral and existential duality and therefore supra-real?

Obviously a spiritualist and a materialist will have a harsh disagreement on what “real” even means. So the question of whether Satan is real or not cannot be answered straightforwardly as we’d like. So I’ll explain it through the before mentioned 4 types of existence and you can judge the final result for yourself.

Satan is found throughout religions and cultures. Of course, not always taking the exact name. Satan of the Abrahamic religions is very similar in description to Ahriman, the principle evil deity of Zoroastrianism. The heretical movements within Christianity such as Cathars and certain strains of Gnosticism labeled this evil deity “Demiurge“, a sort of lesser god. Yahweh was often considered a Demiurge, so these heretical strains of Christianity typically worshipped only the God of the New Testament.

In all of these cases, Satan, Ahriman and Demiurge follow the same path – a descent from Light into Darkness. Their role is to divide the world into Light and Darkness, Spirit and Matter, Good and Evil, Male and Female. Without the presence of Satan, the world could never transform from its eternal equilibrium into a world of conflict and change.

So without Satan, the creative principle of existence would be lacking, since we’d be part of an all-knowing and all-powerful God. It is Satan who ushers us into darkness, and then we have to crawl out of this darkness back into the light by discovering God once more. This is the core of all religions, regardless of whether they anthropomorphise this “evil” principle or not.

We can conclude that the mythological existence of Satan is a clear fact. Any religion or spirituality that recognizes the duality of existence, at least from the perspective of those who are perceiving the duality, has to come up with a reason for this duality. Which means that there must be a reason for duality, as opposed to non-duality. This implies a separation from non-duality at some point in time.

If this separation is considered a bad or evil thing, it’s easy to see how Satan could become a representative figure of the separation and all the rest that follows in its wake which doesn’t have as its main goal the return to God.

Metaphysics is based on logic. And logic derived from our experience clearly shows that there are opposites in existence, such as Truth and Lie, Good and Evil. So for example, religions that postulate that God is Good have to find a reason for the existence of Evil, hence they create or discover an Evil Deity, like Satan or Ahriman.

But some religions don’t believe in the existence of Evil as a principle, treating it as a “lack of Good” instead. This was the conclusion that St. Augustine came up with in On Free Choice of the Will in order to counter the Manicheans, a dualistic sect which he previously belonged to.

In comparison to these dualistic frameworks that acknowledge Evil to some extent, Hindus and Buddhists don’t believe in the existence of opposites in any concrete manner. They believe that we experience opposites because of an illusory perception which they label as “maya”. Once the person lifts the veil of maya through meditation and other means, they will experience reality in a non-dualistic way, beyond good and evil and any personal judgement at all. This is a God-like state of peace and tranquility, also known as nirvana.

So in dualistic metaphysical frameworks, there is a logical place for Satan, which is why he is an integral part of Abrahamic and Zoroastrian tradition. In a Hindu or Buddhist framework not so much. Although, there is always an opportunity to blame Satan for the illusory thinking, the veil of maya in the first place.

There is no denying that some people have seen the Devil, or have been possessed by him. Psychology is well aware of the existence of possessions, for which the Catholic exorcists are specially trained to deal with.

Once more, the definition of “realness” comes into play. Is Satan changing the person’s psychology in a supernatural way? Or does the person have a brain tumor that is causing him to act as if possessed by what are culture refers to as Satan. Does it matter? A believer can still claim that Satan created the tumor as a way to take possession of the person.

We are left with interpretations that can go either way, depending on whether the observer wants to believe that Satan is real or doesn’t. But the fact that victims of possession often speak languages which they never learned or perhaps even heard in their life and can share information that is equally incredible provides a hint of the supernatural which can’t be dismissed as easily as someone like Richard Dawkins would perhaps be inclined to do.

While there isn’t any physical evidence for Satan’s existence, many people throughout history have communicated with Satan or saw him up close. We all known the temptation of Christ in the desert. Many saints such as Saint Francis and Padre Pio had to confront the Devil himself in the same manner.

These encounters are often interpreted as visions or hallucinations to peg down the “realness factor”. Just as in the case of psychological, physical appearance of Satan or any other deity can be interpreted as real or illusory. If we consider that reality itself is only a collection of small particles vibrating in different ways, everything is an illusion.

So to state that a vision of Satan is illusory makes little sense. It was real to the one who saw him, and for a particular time. That a scientist can’t find Satan’s fingerprint doesn’t reduce the validity of the vision as a manifestation of an existing entity in space and time.

I hope this examination of the four modes of existence has shown the complexity of interpreting “realness” of any phenomena, including Satan. The main problem we encounter is our definition of “real”. Until we reach a consensus on what is real and what is fake and made up, we’ll never reach a consensus on these controversial topics.

In my opinion, Satan without a doubt is real based on the first three categories: mythology, metaphysics and psychology. 99.9999% of people live in a dualistic universe. They’re also aware that much of the Good and Evil is outside of their control. Someone or something is responsible for it.

It doesn’t matter how we call this force. Satan, Sataniel, Demiurge, Ahriman or some scientific code name entirely lacking in poetic value… its existence is truly alive in the back or in the front of our minds, and our minds are everything.