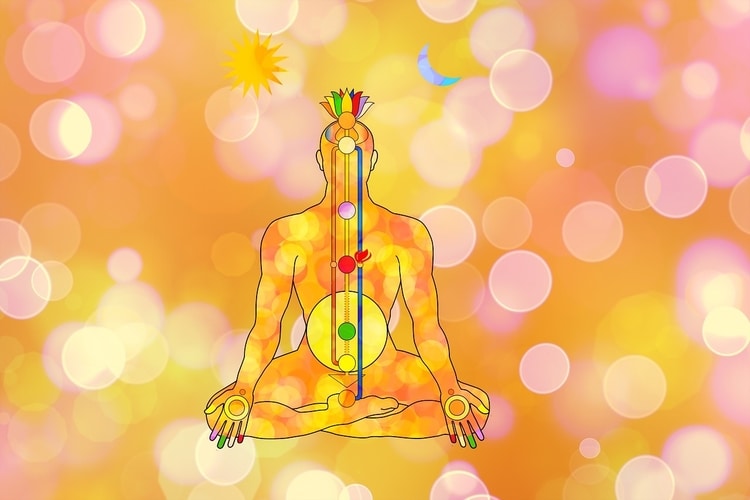 Kundalini yoga is a practice fervently exercised by many yogis to achieve divine ecstasy. The awakening of the Kundalini, the cosmic force which resides in each of us, should not be an objective in itself but the achievement of a spiritual awakening smoothly carried out. What is it exactly and what are the symptoms? These are the questions I will do my best to answer in this article.

Kundalini in Sanskrit means “surrounded in spirals”. This mystical energy that we all have coiled in our sacrum is represented, when awakened, by a snake that unravels along our 7 main chakras to the top of our head (the fontanel). By waking up our chakras are activated gradually and an incredible cosmic energy is released.

The awakening of Kundalini is often akin to samadhi – the last and much sought after stage of spiritual awakening. As the vibratory rate of the planet is increasing at high speed more and more individuals are affected by this phenomenon, both human and divine.

To awaken the kundalini is to access extraordinary psychic powers: clairvoyance, clairaudience, mediumship, healing, telepathy, telekinesis and so on. That could make many dream of it but I remind you that kundalini should not be an objective in itself. It is the stage which sublimates an awakening. It is accessing joy, ecstasy, purity of the world. It is discovering that a strong connection to God resides in us.

Although very desired, the awakening of kundalini can also occur in a completely accidental manner. For example, after a violent incident. The symptoms of an awakening are often compared to the symptoms experienced by the victims in imminent death.

This is why looking for the awakening of kundalini can be dangerous when you are not mentally, emotionally and physically ready. This can cause great disorders in the energies of the body and the individual may feel like going crazy. So to handle with great vigilance!

Most common symptoms of the rising kundalini energy:

Kundalini psychosis is perhaps the most negative symptom of rising kundalini energy. Instead of activating the crown chakra, the energy can get stuck in the head area. It then creates unbearable tension, inability to concentrate, irritability, high blood pressure and many other closely related symptoms. Kundalini psychosis can happen even to those who don’t intentionally practice kundalini raising methods.

To relieve kundalini psychosis it’s necessary to redirect the energy away from the head area throughout the body, all the way down to the root chakra. Grounding exercises, mindfulness meditation, releasing sexual tension, cold showers and many other methods can be used for this purpose. I’ve explained the best methods for eliminating kundalini psychosis in this article.

The important thing with raising kundalini energy is to feel ready. The soul must acquire a significant level of spiritual maturity before embarking on the quest for Kundalini.

Many means of access are possible: Kundalini yoga, meditation, certain postures, reciting mantras, shamanic sessions. But beware, the awakening of the Kundalini involves risks that should not be overlooked.

So the question remains: are you ready to live this extraordinary experience? That’s a question everyone needs to answer for themselves, and in best case scenario with the guidance of a qualified spiritual teacher.