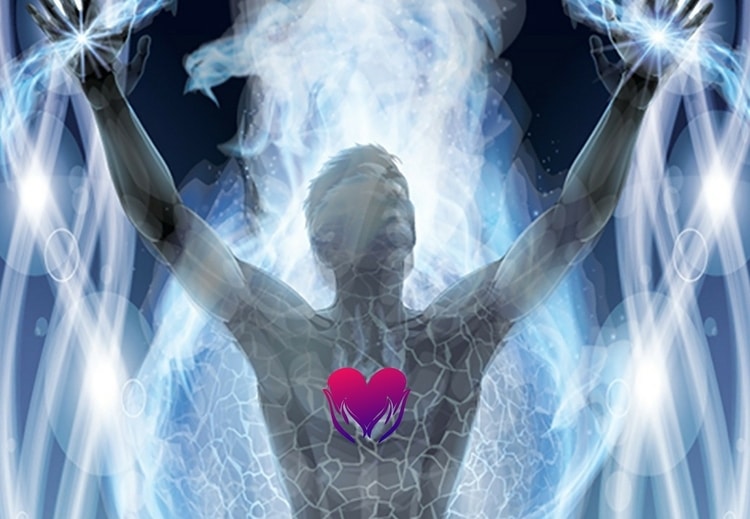 The mind is a powerful thing because our minds can influence reality. We have a reality-bending, awesome power that can be utilized through magical techniques in order to heal ourselves and others. There are magical spells, incantations, spiritual summonings and items such as crystals and gems that can highly improve healing processes within our bodies, improve our immune system and charge our cells with healing energy.

Some ignorant peopleclaim that it’s all a placebo effect. But famous neuroscientists such as Bruce Lipton who have dedicated their lives to research in the field of epigenetics have discovered that our thoughts have a direct influence on our genes and DNA. In other words, our genes are not set in stone. Each cell has receptors that respond to our environment. These receptors are directly linked to our thoughts, more precisely our subconscious mind. So if we influence our subconscious mind in a healing direction, the body will follow.

Much of magical thinking, spells, and rituals are also based on this premise. They are ways of influencing the mind in order to change external reality. As the famous Hermetic saying goes: “As above (in the mind), so below (in the body).” Don’t get bogged down by the precise mechanism (unless you’re a competent scientist), focus instead on feeling the creative interplay between the power of your mind and the regeneration of your body that follows as you implement these magical techniques into your daily existence.

This is a more mainstream accepted way of influencing the mind to promote healing. Subconscious messaging works by directly implenting positive thoughts into the mind by listening to recordings of affirmations.

It’s important to recognize that this method works optimally when you’re in a theta brainwave frequency. The theta state is a naturally occuring phenomena when you’re close to falling asleep and upon awakening. It’s that hazy state between sleep and wakefulness.

So it’s advised to play positive, healing affirmations on your headphones during these thirty minutes or so and relax. Let the mind passively listen and accept the positive reinforcement. Having said that, binaural beats that promote theta state can also be used in combination with subliminal affirmations during the day. Deep meditation can be used in the same manner.

I quite enjoy the AlphaAffirmations on Youtube, and this one in particular for health:

Having said that, there are many others on Youtube as well so find one that resonates with you the best and stick to it.

There are powerful spiritual entities that can be summoned by magicians for physical ailments. These include angels as well as demons. Archangel Raphael and demon Buer are two great examples. To summon a healing spirit it’s important to conduct a summoning ritual.

There are many different rituals and methods that can be utilized, depending on the magical tradition and the personal preferences of the practitioner. I’ve linked above to Raphael and Buer rituals that I’ve had decent success with in terms of healing.

If you want to learn more about summong hundreds of spirits for various purposes I recommend investing in the excellent Mastering Evocation video course.

While getting in contact with spirits can seem terrifying for some people, the benefits that can be produced by doing so are way beyond any other magical techniques. These entities function on an exceptionally high vibrational level and consequently have a greater ability to influence physical reality than those of us who are conditioned by that reality both in our thoughts and actions.

Qi practices aren’t part of Western magic, they’re part of TCM (Traditional Chinese Medicine) and Taoism. The foundational belief of Taoism is that everything is energy, and that this energy can be manipulated by a skilled practitioner. They call this energy Qi, and working with energy is known as QiGong.

The popular saying “Enery flows where attention goes” provides the perfect explanation. If you focus on something, energy will work in that direction to provide the desired result. However in terms of healing, this isn’t just a thought experiment. In a physiological sense, if you move Qi to an injured part of the body, blood and nutrients will flow into that area, speeding up the healing process.

Let’s say you injured a tendon. Tendons are notoriously difficult to heal because of reduced blood flow. By channeling Qi into that area with your mind (imagine Qi as a glowing, radiant energy), blood will also flow into that area and improve collagen (tendon tissue) repair.

The same principle and actions can be applied to any ailment in the body. According to TCM there is always a Qi blockage present and by releasing that blockage the Qi will flow naturally and heal the body. Acupunture and acupressure work in the same manner, by targeting the hundreds of meridians inside the body in order to balance the flow of Qi in the body.

Check out my QiGong book recommendations if you’re interested in learning more about this.

Lord Dhanvantri is considered the Father of Ayurveda medicine. He is one of the manifestations of Lord Vishnu. Mantras dedicated to this deity have been used for thousands of years to increase positive energy and improve health.

It’s important to understand that mantras can work even if you’re not a Hindu. Lord Dhanvantri is a spiritual manifestation of health itself, the appearance and cultural attachments don’t manner as long as you’re connecting with this universal energy.

Meaning: I bow down in front of you Lord Dhanvantari, who is the first among Gods. Your lotus feet are respectfully worshipped by the gods and demons alike. You have the power to save the people from the miseries of diseases, ageing, fear of death and other sufferings. Oh Lord, you are the One who provides the various medicines and cures.

Gemstones are believed to have mystical/magical healing properties. They work on the principle of sympathetic magic. That is to say, certain qualities of a gemstone are believed to pass unto the person who wears it or uses it during spells and rituals.

Different gemstones have different properties and by extension produce different effects. According to American Gem Society:

6. Imbue an item with healing properties

Magical incantations can be used to turn an ordinary item into a magical one, also known as amulet or talisman. The magical item possess the additional qualities, for example protective and healing qualities.

This is the logic behind mythological items such as the sword Excalibur as well as the Holy Grail. These are on face value simple, ordinary items, but at some point were charged with magical powers that make them anything but ordinary.

If you have a precious piece of jewelry or other easily wearable item, consider performing a magical incantation or focusing a lot of power and energy into it while repeating a healing mantra.

Using your own words is often the best way to charge an item, along with sending positive energy into the item. Magicians will often point a wand or a ritual dagger at the item in question in order to sharpen their focus and send more energy into it.

Remember that your thoughts ARE producing change in reality all the time, including this very moment. But it’s not only your conscious thoughts. The subconscious mind is operating underground and it’s for the most part manufacturing the thoughts that pop into your head as well. It’s an endless cycle that effects your DNA and your bodies ability to repair from sustained damage as well as defend against new attacks.

This isn’t just my opinion, science is pointing to the importance of recognizing the mind-body connection, stress and it’s influence on the immune system function. Magic spells, rituals, affirmations, mantras and related methods are a way of breaking the negative, disease-ridden cycle and ushering into a new, positive cycle of your own design.

This isn’t to say you should stop conventional treatments and place all your effort into magic. Consider this as an addition, not as the only means of reaching perfect health, although it can be enough for some people and in some situations.

Disclaimer: This article is not intended to provide medical advice, diagnosis or treatment.