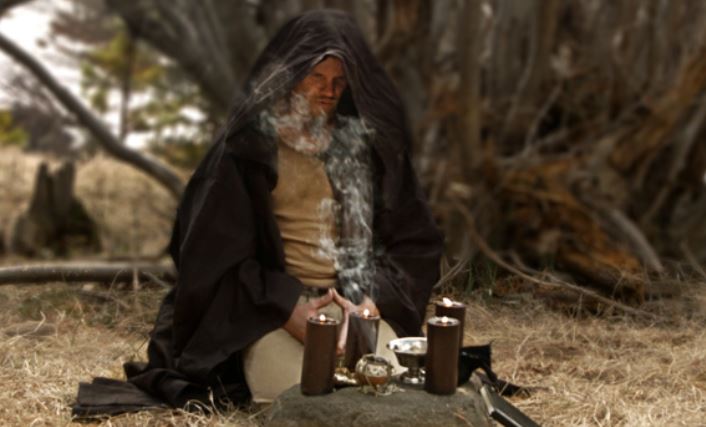 The best way to learn about magic in general or a specific practice such as demonic evocation, shamanism, voodoo, healing magic, left-hand path initiation is from an experienced practitioner. To actually see a practitioner performing rituals and sharing his or her thoughts is indispensable. To learn from up-to-date grimoires is also very helpful.

Finding a true Master in real life is incredibly difficult (and often expensive). The second best way to learn is through magic courses and grimoires written by contemporary authors who are masters on the subject.

I’ve seen a lot of video content on magic, but I wasn’t impressed with any of it. That is, until I stumbled upon Become a Living God courses.

These are professionally put together and provide astounding theoretical depth and practical usefulness. They’re created by practicing occultists who are happy to share their knowledge with aspiring magicians.

They are also not afraid to show themselves on video or provide consultations when necessary.While some of these courses are a bit pricey, the video quality and the amount of useful information makes them a true bargain.

These are my absolute favorites that I gladly recommend to my readers (click on the course title to see an introductory video and more information):

Learn about Luciferian magick and intiation. The Lucifer-Amaymon grimoire provides powerful black magick and alchemical techniques for unleashing one’s dark powers and manifesting them in reality.

Egypt is the quintessential land of magic. It was known as Al-Kemi, from which the word alchemy is derived.

But did you know that Egyptians practiced black magick and there is an entire pantheon of gods and goddesses that one can evoke from the egyptian tradition? In this course you will learn to:

Unlock Three Thousand Years Of Egyptian Magick In Only Three Hours With A Complete Introduction To Ancient Gods, Goddesses & Sorcery Of Egypt… The Essentials Every Black Magician Needs To know:

Astral projection is a very interesting experience in and of itself. But it’s also vital for conversing with spirits on the astral plane and redirecting events before they manifest in reality. Every magician will be more powerful by learning how to astral project at will, and that’s the skill you will develop by following this course:

In Astral Projection Mastery, you will learn:

When we think of magick, we’re often reminded of Egypt and Babylon, but we forget that there is a vast Nordic tradition of magic and esoteric initiation as well.

Our northern ancestors were not mere brutes who only knew how to swing an axe, as depicted by pop culture. They were very skilled in magick, and the tradition surrounding Loki is very similar to left-hand path systems from southern cultures.

In the Norse Magick course you will learn:

When Europeans discovered Haiti, they were astounded by the magickal culture of its inhabitants.

It is currently believed by many researchers that the famous modern grimoires such as Grimorium Verum were deeply inspired by Haitian magick and Loa spirits. For example, the demon Lucifuge is speculated to be an amalgamation of Loa spirits.

Voodoo is one of the most potent and primordial forms of magick, and this course will provide you with full knowledge for self-practice. You will learn:

This black magick course is one of the first created by E. A. Koetting and also one of my favorites. It’s pure black magick and packed with rituals that you can perform by yourself to reach higher states of consciousness.

Become An Apprentice Of The Dark Gods… Learn The Secrets Of Azazel, Beelzebub And Ningizzida In The Left Hand Path’s FIRST Live Pathworking

In Black Magick, you will learn…

If your primary interest is summoning demons, angels and other spirits, then this course will definitely be of good use to you.

More specifically, in Mastering Evocation you will learn…

These are the only high quality magick courses I’ve seen online so far.

Much of the information revealed by these magicians is exactly what I discovered from reading hundreds of grimoires and academic works on magic.

This condensed knowledge is presented in an entertaining way, making it easier to learn and perform through rituals, meditations and other techniques.

So I hope you will use this knowledge to your advantage and become a more powerful magician in the process.