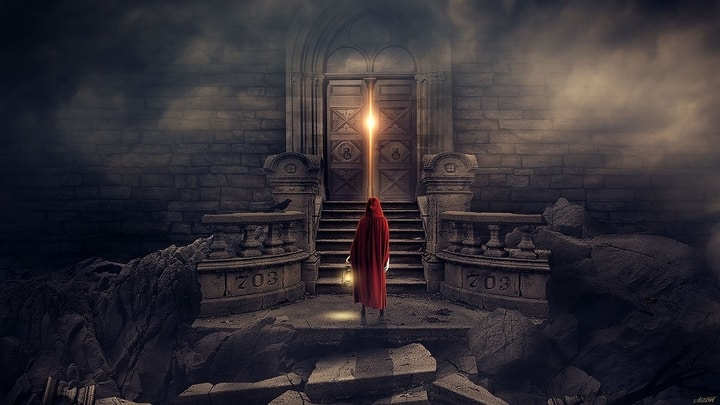 Any magician would do well to go on a pilgrimage to some of the greatest spiritual centers in the world. I am referring mainly to ancient holy sites such as the pyramids, buddhist temples, aztec remains and pagan temples in Europe and across Meditteranean that have not been destroyed by the Abrahamic cults. These power centers hold significant reservoirs of magick that a skilled magician can tap into in order to become more powerful.

It is well known that Aleister Crowley performed a ritual in The King’s Chamber of the Great Pyramid, and this event got him into communion with the spirit called Aiwazz, who dictated to him The Book of the Law.  It’s a sophisticated work with many hidden meanings, numerical codes, and deep insights. Even today it is studied with diligence, and commentaries have been written on it since its first appearance.

The Book of the Law heralds a New Aeon beginning in 1904, the ‘Aeon of Horus’; preceding this had been the Aeon of the dying God (Osiris). The Aeon following Horus is that of Maat, or truth, and will mark the completion of one great cycle of cosmic time.

Choosing the power center should be done intuitively. Some magicians are attracted to gothic, dark ruins or cemeteries which harbor necromantic, demonic and black magick reservoirs. Others are drawn towards the radiant, glowing temples of Egypt and the Middle East with their extensive hermetic tradition. Others prefer the Olympian spirit of the ancient Greek temples with their perfect, unchallenged proportions. Obviously, these preferences can change over time, and one may have a desire to visit power centers with different attributes during the same journey.

Once the magician has entered the power center, the same intuitive approach should be continued. It may lead to a strong urge to perform a ceremonial ritual in order to draw into oneself the power of the center. Or perhaps enter a deep meditative experience. Some will even conduct a sex magick ritual in the hopes of producing powerful offspring, spiritual or physical.

In any case, it is vital to extract the essence of the power center and draw it into oneself or channel it into the ritual to gain the favorable result. If the power is drawn in, the result will be increased power in the type of magick that the center represents.

o for your next journey, take this into consideration and visit a power center that you feel immensely drawn towards, because that attraction is never arbitrary.

One thought on “On Magick Power Centers”