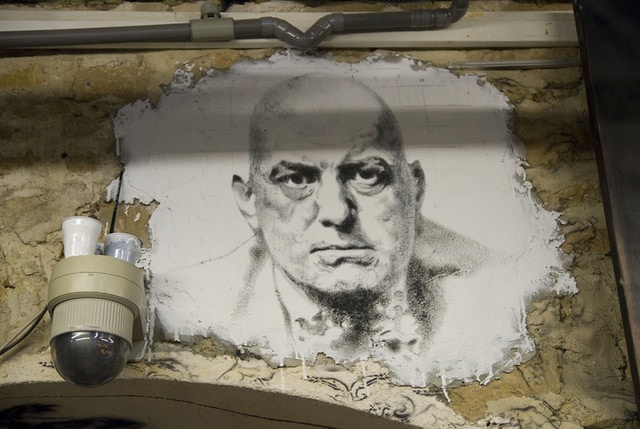 Crowley is arguably the most influential modern occultist. He influenced not only the magicians that came after him, but also the entire modern cultural landscape. His promotion of free love and personal freedom above all other values was well accepted by the new generations who despised the prudish attitude of their ancestors.

But I’m more interested in how Crowley shaped his arguments for the self-indulgent behavior he exibited throughout his life. Were the drugs and sexual exploits justified from a magic(k)al perspective, as Crowley claimed?

Let’s remind ourselves that Crowley always said that he behaved in an outrageous fashion for the sole purpose of liberation from the all too human limitations placed upon us by religion, society and biology. And the purpose of the liberation from these things was to “do what thou wilt”, in other words to do one’s own Will without any obstructions, internal or external.

So was Crowley’s behavior the right way to go about accomplishing this feat? In my opinion, it wasn’t. Crowley in fact ended up doing the exact opposite – through over-indulgence he became a slave of the vices that he was supposedly using as tools for liberation. They became shackles that he could no longer move without, and yet they limited his movement to a crippling degree, as his addiction to heroin proves.

His mischievous behaviors in Sicily made him bankrupt and a hardcore addict. Obviously the path of Thelema that he so heavily promoted doesn’t work too well in practice, not even for the man who invented it.

Having said that, I can acknowledge that the path of self-indulgence and shocking behavior is legitimate. It has been practiced by certain Tantrist and Sufi groups for centuries. But there’s a very thin line between simple decadence and decadence for spiritual purposes. In my opinion Crowley was too much of a hedonist to walk that path to its successful completion.

Unfortunately, this path will attract exactly the sorts of people who should be going in the exact opposite direction. If you’re a hedonist, you shouldn’t pursue a path of excessive pleasure, or you’ll play directly into your own weaknesses. Instead, you should follow a more disciplined, ascetic path.

For the vast majority of magicians, the best way to go about things is genuine self-development, more ascetic than hedonistic, but somewhat in the middle between these two extremes.

Develop your powers through clean methods, such as proper diet and rest, avoidance of negative and stiffling influences, acqiring and applying occult knowledge in a disciplined manner and performing energetic exercises such as qigong and yoga on a regular basis. While certainly not as interesting as Crowley’s exploits, this is the approach that will always produce positive and tangible results.

2 thoughts on “My Opinion on Crowley’s Magick of Excess”