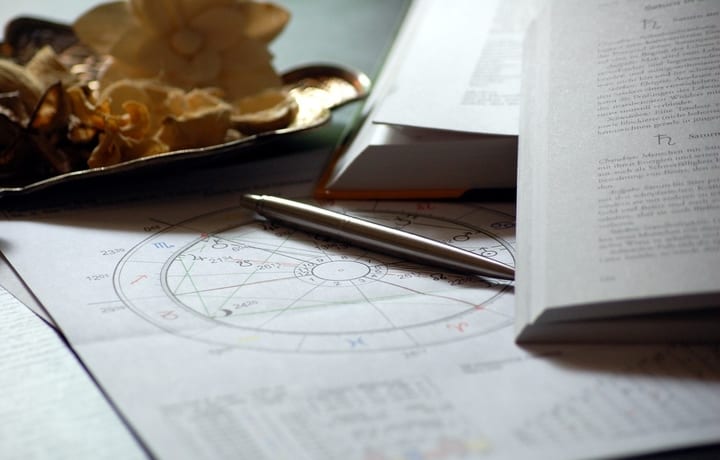 Esotericism (Greek ezotheo “inner”) is a set of teachings about the laws of visible and invisible worlds. This term also means a secret form of religious teaching.

Esotericism means the totality of esoteric knowledge and practice understood as a single whole, a single universal Tradition, everywhere and always identical despite the diversity of rites, doctrines, etc. which arises from the diversity of places, epochs and cultures. This assumption is advocated by occultists (Papus) and traditionalists (Guénon).

When we talk about esoteric doctrines, esoteric teachings and so on, we mean doctrines and teachings that aim to lead man to inner spiritual and metaphysical cognition. According to esotericism, true knowledge is not achieved through scientific research, but through inner enlightenment and introduction to secret doctrine.

Esoteric doctrines and teachings include a wide range of disciplines and systems of thought such as alchemy, anthroposophy, astrology, Kabbalah, mysticism, occultism, spiritism, theosophy, and other hermetic traditions within contemporary New Age doctrine.

The term esotericism is derived from the Greek word ἐσωτερικός (esôterikos), denoting the external path to the interior or the interior in general. The term, as a noun, first appeared probably in 1828 in the work Historie critique du gnosticisme et de son influence by the French author Jacques Matter.

In the broadest sense, esotericism encompasses a range of spiritual theories and practices, from astrology, Kabbalah, tarot and other forms of divination, magic, alchemy to the New Age, parapsychology, Freemasonry, spiritism, ufology, and yoga. In a narrower sense, esotericism can be described as learning of facts hidden from the uninitiated or as an attempt to uncover universal secrets and invisible relationships between stars, metals, and plants.

The beginnings of classical esoteric thought are linked to Alexandrian Hermeticism, that is, to partially destroyed works written in Greek at the beginning of the Christian era. The content of these writings is mainly of astrological, cosmological, alchemical and theurgical character, and the Corpus Hermeticum stands out, written in the 2nd/3rd century.

Apart from Alexandrian Hermeticism, the development of esotericism was also influenced by Neo-Pythagoreanism, Stoicism and Neo-Platonism through its main representatives Plotinus (205-27), Porphyry (273-305), Jamblichus and Proclus (412-485), and in later centuries by Kabbalah.

Christian thought was also influenced by esotericism as reflected in the works of Clement of Alexandria (160-215) and Origen (185-254), and especially the various Gnostic beliefs whose main themes were the apocalypse and the ascension of the soul to the heavenly realms.

During the Middle Ages, the main impulses of esoteric thought came to Europe through Islamic science and philosophy, especially through the works, translations and interpretations of the classics of ancient philosophy in Avicenna (980-1037) and Averroes (1126-1198).

Numerous magical works appear during this period, such as Picatrix, which was translated from Arabic. In the 12th century, alchemy appeared, hitherto unknown on European soil. Two works, translated from Arabic into Latin, Turba Philosophorum and Summa attributed to Geber (721-815), had a great influence on its development.

Astrology flourished in the Middle Ages, and Kabbalah has been spreading amongst the Jews since the Renaissance. As early as the 12th century, Sefer Jecira was compiled in Provence, and after 1275, the basic book of Kabbalah, Sefer ha Zohar, appeared in Spain, the compilation of which was most probably compiled by Moses de Leon.

The Renaissance period is characterized by a sharp spread of esoteric thought and work prompted by the founding of the Platonic Academy in Florence, presided over by the Italian philosopher Marsilio Ficino (1433-1499), who translated the Corpus Hermeticum. At the same time, Christian Kabbalah developed, the foundations of which were built by the philosopher Giovanni Pico della Mirandola (1463-1494).

The first secret societies, such as the Rosicrucians, were founded in the early 17th century, and Masons were founded in England in the 18th century. Theosophy has been developing since the 18th century, the most important representative of which is Emanuel Swedenborg (1688-1772). In the middle of the 19th century, modern spiritism appeared, and occultism gained new momentum through the work of the French occultist Eliphass Lévi (1810-1875).

Differences between esotericism and occultism

Since both terms are by definition close in content, it is difficult to distinguish them. In a broader sense, every esotericism includes occultism, that is, the notion of esotericism is more comprehensive in content.

Although esotericism encompasses a wide range of diversity, it is possible to define and shape three categories:

Religious esotericism – encompasses traditional forms of esotericism such as Buddhism, Kabbalah and Sufism;

Philosophical esotericism – refers to Neoplatonism, Theosophy and the New Age.

2 thoughts on “Short Introduction to Esotericism”