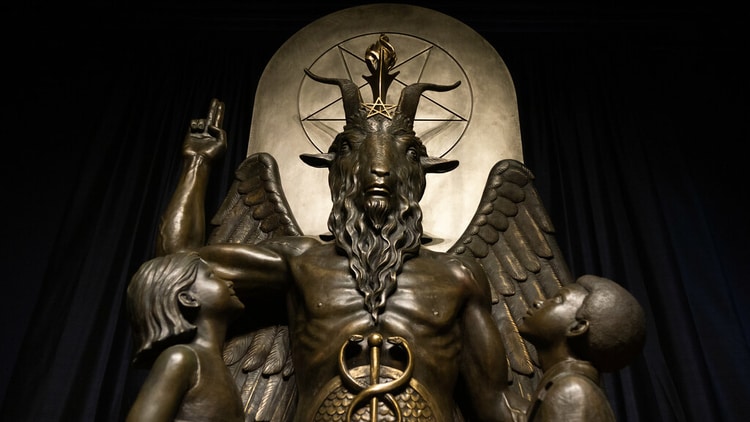 Baphomet is a demonic entity dating back to the Templars. When Philip the king of France wanted to remove Templars from his country and seize their assets, he conducted a large investigation into their occult dealings. The investigation led some to believe that the inner circle of this Holy Order worshipped Baphomet, a demonic creature. In this article I will share a simple way to summon and get in contact with Baphomet.

Baphomet was visually portrayed as a creature with a female, human body and a goat’s head by the 19th century French occultist Eliphas Levi. His imagery has remained as most illustrative of Baphomet’s attributes. It was assumed by some occultists that the Templars discovered an ancient cult of Baphomet in the Middle East during their engagement in the Holy Crusades and it became part of their esoteric teachings.

In any case, Baphomet has been given much attention in occult, especially left hand path circles because of the great influence it has had on the Templar’s destiny as well as the richness of symbolism contained in its imagery. Some consider Baphomet to be a different depiction of the Devil himself, which is why Baphomet’s image is worshipped by the members of the Church of Satan.

But there are many who believe that Baphomet is the symbolic depiction of non-duality, much like the ancient gnostic “Great Archon” Abraxas, the creator of the manifested reality. This would make it the symbolic peak of alchemical operations and esotericism as such (since the end result of these operations is the perfect union of male and female aspect in the human being).

Other names/depictions of Baphomet are The Goat of Mendes, The Black Goat, The Sabbath Goat, The Judas, The Iluminated Man, Sir. Baphometh, The Alchemical One, The Supreme Being, The Queen of Spades (Cutting Heads Off), Father Mithras, The Daemon Avatar, goddess Kali..

Quite a few magicians have also attempted to summon Baphomet through invocation, to revel in this deities secrets and hidden powers. And I will share with you a simple invocation ritual that is used for summoning Baphomet. I’m not saying that you will materialize Baphomet in visible form, as this is not an evocation ritual. But if you want to discover the secrets and powers that Baphomet might be willing to reveal to you personally, on an intuitive level, this is one way to do it. 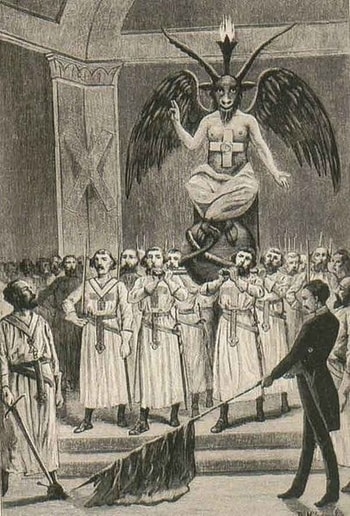 Final Word: How to Summon Baphomet

This mighty demon is arguably the most mysterious. Magical grimoires don’t mention Baphomet nearly as often as Lucifer and other members of the Hell’s hierarchy. There is something dark, mysterious and impenetrable in its imagery that can be further illuminated only through magical experimentation. Hopefully you will try this ritual and learn more about Baphomet and yourself in the process.

Want to learn advanced Luciferian magic? Then I highly recommend this new collection of grimoires and video course from black magicians at Become a Living God: