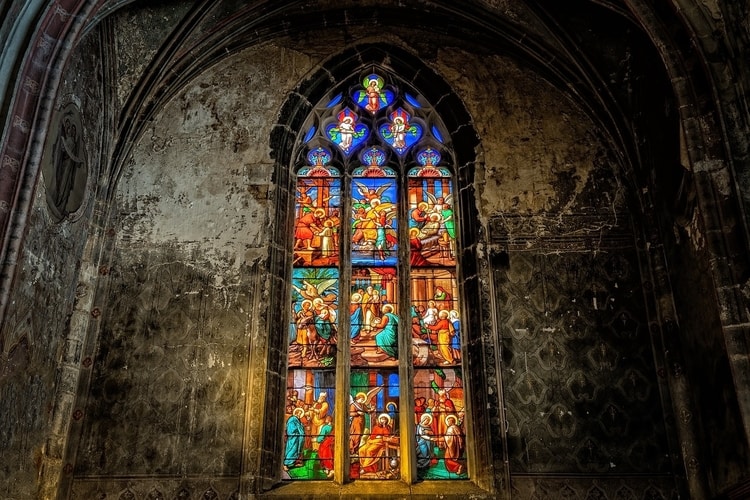 However, the main difference is that religion is organized, communal spirituality, whereas if someone claims to be spiritual but irreligious, it means that while they hold private beliefs on spiritual matters, they aren’t part of an organized religion or a religious community.

For example, a person might believe in Jesus Christ and a Christian, but they can be irreligious if they don’t belong to any church. They are simply a spiritual Christian.

When did the split between religion and spirituality happen?

In pre-modern societies everyone belonged to a religion or a cult of some kind. There weren’t any “spiritual individualist”. This transformation occurred with the decline of religion in the modern world. First in the West, due to industrialization and the split between the Church and State. Once people were no longer obligated to be Christian, they could pick up any religion or spiritual path they preferred.

But it caught on to the rest of the world due to globalization which brought with it fragments of Western culture. The rise of spirituality as opposed to religion especially became prominent in 1960s in the United States.

Religious figures were one of the main targets of the revolutionary youth of the 60s on college campuses. Churches were abandoned for a more individualistic approach to faith. The hippie movement, rise of Hare Krishna, interest in psychodelics and Eastern spirituality in general all coincided with this phenomena.

It’s important to notice that all great religions such as Christianity, Judaism, Islam, Taoism and Hinduism have an esoteric and exoteric side to them. Esotericism is the hidden path, reserved for the initiates and mystics who are willing to undergo extreme discipline to achieve spiritual enlightenment.

Think of the great monastic Orders in Christianity, of Sufism in Islam and the ancient yogic tradition in Hinduism. All of these are esoteric/spiritual paths. While they belong to their respective religions, their members follow a different set of rules then other members of their religious communities.

Exotericism on the other hand is reserved for the vast majority of humanity who aren’t willing or able to follow the esoteric path. The farmer or the worker who goes to church on Sunday.

The rise of spirituality has more to do with the rising interest in the esoteric path. This is partially because of rising individualism and alienation within our communities. Another reason is public education, which makes it increasingly difficult for religious figures to maintain the same hierarchy in which they are at the top.

While most people who call themselves spiritual aren’t monks or yogis, they are simply more drawn towards esotericism and they don’t find any pleasure or relief from going to Mass or obeying religious scriptures simply because an authority figure said that they should.

But there are also those who aren’t all that interested in esotericism. Their reason for calling themselves irreligious and spiritual is an acquired or natural dislike of religious organizations due to their corruption, hypocrisy and various scandals. These spiritualists would probably in past times belong to the exoteric group of their religious community. But now they are left without a religion, while still believing that there is some Higher Truth we should bow down to.

So they are proponents of spirituality simply because they want to be good people without obeying any external authority figure, since they haven’t found one worth obeying. As Tolstoy said “The Kingdom of God is within you.” This is their credo, for the most part.

Religion Today is Watered Down Traditionalism

Religion on the other hand has dogma, which is why most religions such as Catholicism and Islam have maintained their core beliefs even to this day. Religions are also rarely synergistic, because all of them try to keep their flock together and prevent any conversions to other religions. But because of the rise of materialism, religion was negatively impacted and it had to dispense with much of its esoteric tradition.

This is the gap that was left open for spirituality, and it swooped in taking much of the people who wanted more from their faith along with it. What remained in many religions are people who are less spiritually inclined, but are willing to obey external authority. They are people who aren’t as interested in direct spiritual experience through meditation, psychodelics or other methods. Instead, their priorities are the preservation of the dogmatic teachings of their religion along with the established social order and morality.

So religion is a communal form of spirituality. Organized religions exist in order to maintain the same faith among a large number of people. Spirituality is not as strict, since it doesn’t rely on any large organization and dogma. Spirituality is individual, based on one’s private faith, whereas religion is ordained from religious figures down to the masses. It’s safe to say that both can be valid forms of getting into communion with the Divine, but they can also be abused for malevolent purposes. Hopefully this short article makes the distinction between religion and spirituality a bit clearer.