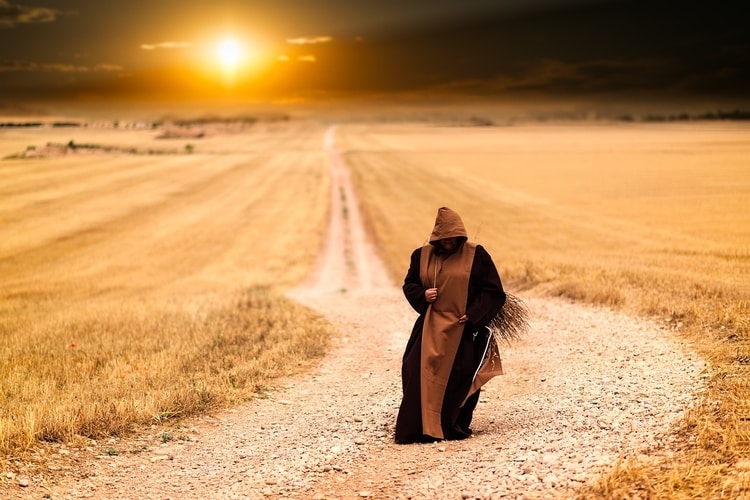 While meditation is usually done sitting down, there are many others ways to do it. Lying down, walking or even riding a bicycle or driving a car can be a good time to meditate.

Of course, meditation while moving is slightly different because you have to pay attention to your surroundings. Otherwise you risk bumping into stuff. But it can be equally effective.

In fact, many people benefit more from walking meditation than from the sitting varieties because of their physiological makeup. People who are more restless by nature find it difficult to sit still and meditate, especially for longer periods of time.

If we were to use Ayurvedic terms, these people have a lot of “air” element which makes them move all the time, even fidgeting in their chair (restless leg syndrome comes to mind)! And while they have trouble maintaining a sitting meditation routine they don’t find it as difficult to meditate while their body is occupied by movement. 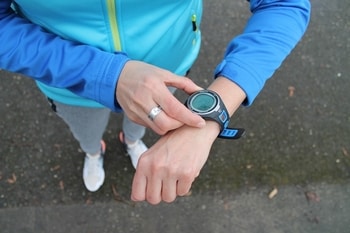 Just like performing a regular sitting meditation, it can be helpful to know how long you will meditate while walking. Otherwise restlessness can creep in.

Having a set distance or time goal will provide motivation. It’s better than walking without any idea of where you’re going or for how long. If you’re walking to the grocery store that could be a good route. Or simply go in any direction and have a timer or stopwatch or a regular watch to monitor your progress.

Even better, use a step counter instead to get really specific. Increase the distance or time or the amount of steps you walk with every session to make progress. Of course, progress should also be measured by the amount of concentration you can muster. It doesn’t do any good to increase these perimeters if you can’t hold concentration for at least half of the time.

As Jeb Bush famously stated: “Slow and steady wins the race.” While that particular philosophy doesn’t work well on the campaign trail, it certainly does on the meditation trail.

I’ve noticed that many practitioners have a tendency to perform walking meditation irregularly. While you can definitely incorporate meditation in your regular daily chores (like taking the dog for a walk) you should make sure that these other factors don’t interfere with your practice.

3. Focus on colors and shapes 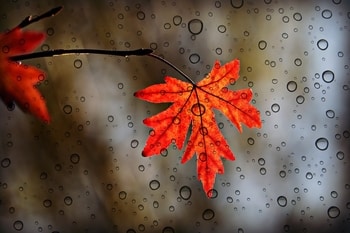 This is the greatest tip I can share with you. I think I got this one from Tolle’s The Power of Now, but I’m not 100% sure. In either case, the principle is simple: while you’re moving, observe anything you see.

Let’s say that there’s a car in front of you. Instead of labeling it as a car, observe the color and/or shape of the car. You could say to yourself inwardly: “yellow, very round shape”

Then you move on to the next inanimate object, person, animal, whatever it may be that’s in your line of sight. By focusing on the color, shape or some other descriptive quality, you will detach from all the mind-chattering associations that would otherwise come up.

By doing this you’re taking a very neutral stance towards your environment, without adding your feelings and attitudes into the mix. The whole point of meditation is to observe reality objectively, with a detached attitude and this is a very simple and effective method for doing exactly that.

I love this method because it can be used even while riding a bike or driving a car. At least I can do it! If it’s too distracting for you, then perform this method only while walking.

4. Focus on the distance between objects

This is another excellent tip from The Power of Now. Instead of focusing on colors, shapes and other descriptive qualities of objects, you can focus on the distance between yourself and objects or between objects themselves.

In other words, try to feel the empty space between things. Measure it, not with words but with your awareness of the space. Try it right now if you can. Look at an object in front of you and instead of thinking about it directly, simply focus on that space between you.

This is another powerful way to avoid getting entangled in mind-chatter that arises by focusing on the meaning of things. Instead of labeling an object by giving it a name and all the associations that come from its function, you treat it as something that blends in the background, while focusing on the empty space as an object. But empty space has no quality or clearly defined purpose, so this method instantly places you in a meditative state with no thoughts.

While focusing on colors and shapes can be performed by many people while driving, this is a bit harder and more dangerous. So I recommend doing it only as part of a walking meditation.

5. Focus on your steps and breathing

From my personal walking meditation experience, the two previously explained methods are most effective. But I have to mention this one because it’s the basic Buddhist walking meditation and many practitioners perform it with remarkable success. It involves focusing on your own movement instead of any visuals.

For example, we do most of our movements automatically. You don’t consciously think about taking the next step. But if you want to make it a meditative experience, you would focus on each step as if you were doing it consciously. You’ll notice that this is very hard. It will slow down your walking automatically, perhaps you’ll even have trouble with balance.

Here’s a Buddhist monk explaining this style of walking meditation:

In addition to movement, focusing on the breathe can be another way of meditating while walking. But I’ve never found it to be very helpful because it’s not engaging enough. It’s too easy to get distracted by things happening around especially if you’re feeling anxious. Anxiety already places you in a state of mind where you’re hyper-focused on the external environment.

It’s more effective to take advantage of that situation and focus on descriptive qualities of objects or the distance between them as I mentioned earlier. Instead of forcefully reversing your attention back to your own physiological processes which aren’t all that engaging or interesting to keep you focused for too long.

It’s way easier to perform walking meditation in nature. Hiking can be excellent for getting out of your head and improving yourself mentally. Especially if you hike in areas that you don’t know much about.

Instead of walking on the pavement, which is the same all the time, hiking in nature involves paying attention to the terrain. You have to watch for rocks, steep hills, patches of mud or somewhat dangerous snakes.

There are obstacles in nature that keep you focused on the present moment and your mind doesn’t have the time to construct the weird thoughts that are part of living in a hyper-stimulated urban environment.

The three fancy techniques that I explained earlier can still be used while hiking. But you may find that it’s not even necessary if you’re going through a new area and rough terrain that requires your full attention.

7. Incorporate walking meditation in other activities

In addition to having a set time or distance you traverse while meditating as a practice, consider incorporating meditation in your regular walks whenever you can.

Going to the coffee machine? Why not focus on that round white shape (your boss) followed by the decreasing distance between you and a curvy yellow something (a girl you’ve had a crush on forever)?

With a little creativity, you can make meditation an enjoyable experience and make it a part of your other activities without feeling like you’re performing some kind of a sacrifice of time that requires David Goggins levels of discipline.

Final Word: How to meditate while walking

Walking meditation is a very powerful technique for relieving anxiety, depression and for improving mood and spiritual growth. It’s just as effective as sitting meditation and it’s easier to perform for most people.

For the 99.9% of population who are struggling to get even 10 minutes of meditation a day, a walking meditation can get the practitioner to the next level faster by drastically increasing the time spent in meditation. Hope this helps!