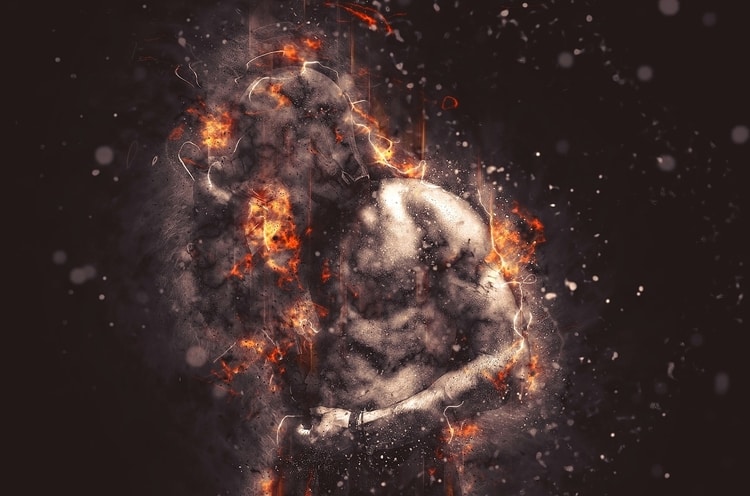 Meditation is supposed to reduce stress and anxiety. But sometimes the result is the exact opposite – an increase in negative energy, especially anger and frustration. There are five important reasons why meditation is making you angry and how to release and overcome anger quickly.

If you’re constantly multitasking or stressed out, meditation can be a welcoming change. But it can also be too radical of a shift. You’re moving from hundred thoughts to none at all, so it’s no wonder your brain and ego are revolting against it. To avoid this problem, ease into your practice by:

2. Clear out your sinuses

Nasal congestion is a big problem for meditation practitioners because it prevents proper breathing. With nasal congestion you’re taking in less air than you would otherwise. It creates a state of anxiety and panic that is hard to treat until this physical issue is resolved.

This is why neti pots and sinus irrigation with salt water were used by yogis for centuries before meditation and pranayama breathing. If that doesn’t help, use a nasal spray, hopefully one made from natural ingredients that aren’t addictive.

Stomach bloating from gas, poor digestion or having a large meal all impede breathing function. You can’t do belly breathing when your stomach is extended beyond normal.

Resolving this issue is just as important as clearing your sinuses. Again, yogis and other practitioners have known the importance of diet for thousands of years, which is why Ayurveda and proper diet are so important in the yogic tradition. Some ways to reduce bloating include:

It’s much easier to meditate and enjoy the benefits when your stomach is flat and healthy. For this reason meditation is most beneficial when performed on an empty stomach in the morning. Also, wait at least one hour to perform a meditation session after having a large meal.

It’s very telling that Osho required from his students to perform bioenergetic release exercises before meditation. Things like screaming, laughing uncontrollably and doing many other crazy things. It’s because he realized that modern people are holding many inhibitions due to their civilized ways of conduct.

When meditating, these suppressed feelings come to the surface since you’re letting go of the ego which otherwise controls them. This leads to anger, sadness and other negative emotions while meditating.

Unfortunately meditation is often not the best way to get rid of these inhibitions. It’s simply too peaceful. It’s a practice for when you’re already somewhat at peace with your thoughts and emotions.

To bring yourself to that state, perform bioenergetic exercises as explained by Elliot Hulse in this video or use my trance release meditation technique (much simpler to be honest).

If you don’t find either of these methods enjoyable or can’t perform them for some reason (lack of privacy perhaps), an alternative is to perform a lot of physical exercise. Running, weightlifting, playing sports are all worthwhile endeavors for releasing negative emotions.

Irregular sessions are always painful and annoying. If I don’t meditate for a week and then come back to the mat, it’s a pain to get back in that state of tranquility again.

But if I make it a habit to meditate every time or twice a day or more, it only takes a minute or so to get in that deep space of relaxation and mindfulness.

Like the ancient wise man say (or was it a football coach?): “Practice makes perfect.” The more you meditate, the more you’ll be able to control those negative emotions when they bubble up to the surface.

You won’t be as affected by them either because you’ll be able to counteract by focusing on your breathing or the non-thought state more effectively.

Meditation seems peaceful and easy, because it’s a state of non-activity. But in fact it’s one of the hardest things in the world. Your brain is always working against you, forcing you to do something, ANYTHING. Your job is to defy your own brain!

It’s a highly paradoxical situation, so no wonder it creates anger and frustration in so many practitioners. But it’s definitely possible to meditate without getting angry.

This can be accomplished in multiple ways, depending on the reason you’re getting angry. Either by releasing the build-up of negative energy before meditation with physical exercise, bioenergetics and similar methods.

You can also do it by priming your body for meditation by clearing your sinuses so that fresh air and prana can more easily travel in and out of your nostrils. Also by improving your digestion to make belly breathing easier.

I don’t believe in the power of “positive thinking” or finding some logical way out of anger. Anger is a primal emotion. Sure, it can get amplified by negative thoughts created in the moment, but most of the time it has to do with some physical problem or residues of negative thoughts that have built up over time.

Because anger doesn’t spring forth from the conscious but rather from the unconscious elements of the mind or the body itself, these are the points that need to be targeted in order to resolve it. The five methods that I’ve mentioned in this article will be efficient for most meditation practitioners who have this problem.