Hermeticism is at the root of Western occultism. Perhaps even Eastern as well, considering the high reach and influence that Hermes Trismegistus has had since ancient times.

Due to its influence, Hermetic doctrines are found in many diverse disciplines such as alchemy, tarot and meditation among others. But there are only a couple of books that expound on the doctrines and practice of original Hermeticism, not just its offshoots.

These are the 10 best books on Hermeticism for those interested in studying this wellspring of all esoteric wisdom. 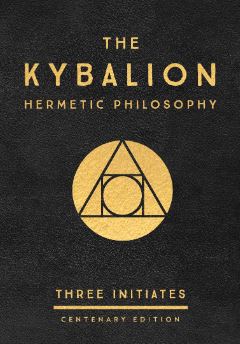 Strangely enough I only read Kybalion recently. It was too mainstream for my taste. Whenever a book on anything esoteric becomes a sort of best seller I’m forced to raise my eyebrows. But in this case my instincts were wrong.

Kybalion is an excellent introductory text to Hermeticism. It explains the seven principles of its internal logic, and it roughly explains how the initiate should behave and practice this wisdom.

Being only 124 pages long and nicely written, it’s aimed at beginners. But even after reading more complicated texts I still enjoyed this short excursion for solidifying my knowledge on this subject.

Note: Another book that explains the fundamental principles of Hermeticism well is Corpus Hermeticum. It was written in Alexandria between 1st and 3rd century A.D. It contains seventeen short philosophic treaties on the Hermetic doctrines. I would still go with Kybalion because it’s easier to understand and better written. Having said that, this is another one of those “essential Hermetic texts” that are actually fun to read, so I recommend flipping its pages at one point or another.

2. The Hermetic Tradition: Symbols and Teachings of the Royal Art 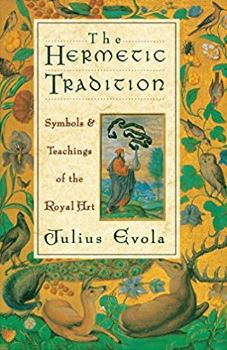 Julius Evola is one of the greatest but least recognized Western occultists. That’s mostly due to his affiliation with the reactionary Right. But he has some excellent non-political works, The Hermetic Tradition being one of them.

In fact, it’s such a powerful book that Jung used it as a reference when writing Man and his Symbols, despite the harsh treatment he got from Evola. You see, Evola and Guenon, both proponents of Traditionalism believed that Jung was anti-Tradition in disguise, a sort of counter-initiate as they called it. Which means that he’s leading people on a dark spiritual path through his psychological treatment of alchemy and other esoteric practices.

Well anyway, in The Hermetic Tradition Evola explains the inner transformation that’s at the center of Hermeticism. Mostly by looking at alchemical symbols and their relations. I highly recommend reading Kybalion first and then switching to The Hermetic Tradition. Perhaps even reading a few other occult works to get the feel for it. If you don’t have a good grasp of the fundamental principles and occult terminology this book might prove to be too difficult.

Interestingly enough, this book doesn’t really provide any practical tips on how to achieve the inner transformation. It only analyzes it from the standpoint of symbols through which it’s expounded (turning lead into gold etc.). So it’s great for deepening your knowledge of the overall process, but it’s not exactly a step-by-step practice guide.

The first time I read it I was left utterly confused. The second reading however after a few months was entirely different. Either way, this is a must-have for any true Hermeticists library.

This is what Julius Evola had to say about it in this very precious interview (at 10:10): 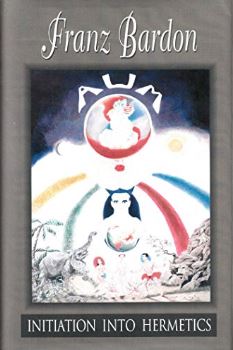 This is one of the most popular occult books of all time. If Kybalion is about principles, The Hermetic Tradition about the deeper significance of the transformation and its symbols, Initiation into Hermetics is a practical guide for achieving the said transformation. It provides actual advice and steps to becoming a more enlightened and powerful magician through the light of Hermetic wisdom.

Now, the title is a tad misleading. In reality we don’t have that many sources of actual Hermeticism to create a full practical guide. We don’t know what Hermes, if he even existed as a physical being taught his students in a practical sense. We can only extract these practices and symbols from different Traditions that were influenced by Hermeticism and create something new from the available material.

This is what Bardon does, but he does so very effectively. This book is divided in two parts: first is a small theoretical explanation of how magic works and the second part plunges straight into the practices, which involve diverse methods such as creating a black and white mirror, breathing techniques, transplantation of consciousness and much more. This practical guide is written in a step-by-step manner so you can actually develop gradually and obtain measurable results over time.

4. The Quest For Hermes Trismegistus: From Ancient Egypt to the Modern World 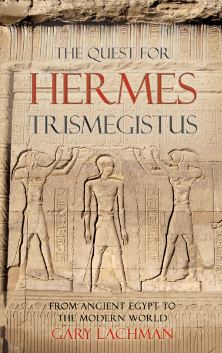 Gary Lachman is still alive! I think that’s an entertaining fact since most of the popular occult writers are from ages past. Gary has written over 20 books on various occultists and esoteric doctrines from a standpoint of a researcher and avid enthusiast. His works are more “down to earth” and easier to read, since he doesn’t pretend to be a miraculous magician.

Having said that, The Quest for Hermes deals with the historic influence of Hermeticism on the occult in general. It traces the origins of Hermes back to Egypt and how his influence spread across the Mediterranean and beyond. Especially during the rule of Alexander and his Greek inheritors over Egypt, when Egyptian cults, paganism, Christianity and Judaism all converged in places like Alexandria and were turned into new cults and religions.

So if you’re interested in the influence of Hermeticism on spirituality, science, politics and culture at large this is the number one book on the subject.

You can also hear Gary’s full interview about Hermes with Jeffrey Mishlove: 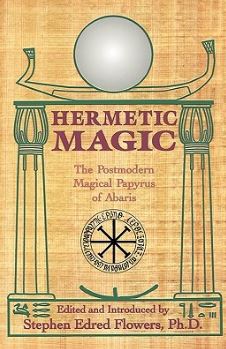 This book is really impressive and unique because its main source of information is an authentic Hermetic text – the Papyrus of Abaris, discovered in Egypt. This Magical Papyrus, also known as Greek Magical Papyrus provides students with the information on how to develop and enact their own magical systems.

The book also contains a full disposition on Hermeticism, its historical origins and influence, theory, practice and finally the magical operations in the form of the papyrus.

The original source was edited perfectly by Stephen Edred Flowers, Ph.D. which makes it a pleasure to read in comparison with the original text which I tried to decipher in vain.

These five books on hermeticism cover all the basis: cultural background, principles, deeper esoteric meaning of the symbols and practice.

If you read these five books you’ll have the full picture of what Hermeticism is in its proper context, and how to go about implementing its practices in your day to day life in order to become a more powerful magician.

I also recommend reading the books in the presented order for the greatest understanding and pleasure. Hope this helps!