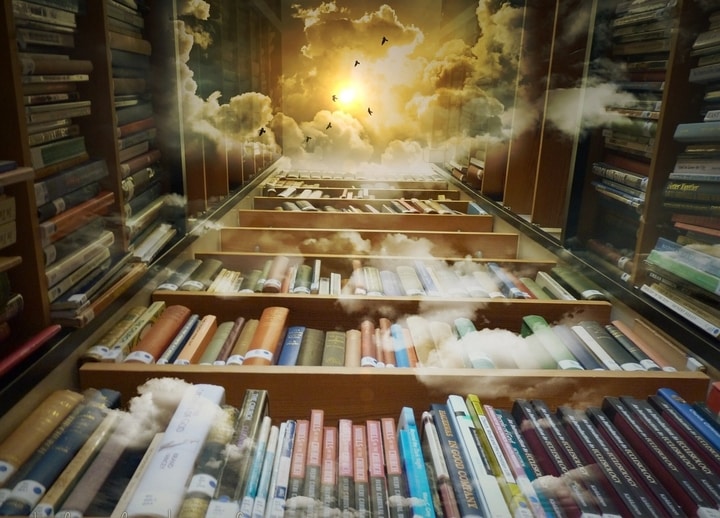 I’ve read hundreds of books about magic, both fiction and non-fiction. By fiction I mean generally novels and stories that contain magical or occult elements. By non-fiction I mean books that explain various magical systems used by occultists and how to perform magical rituals and spells. There are some excellent books in both categories and these ten titles are arguably the best:

The Club Dumas by Arturo Perez-Reverte

This is the book that Roman Polanski’s movie The Ninth Gate was inspired by. Lucas Corso is a book detective, a middle-aged mercenary hired to hunt down rare editions for wealthy and unscrupulous clients.

When a client asks him to retrieve a book on summoning Satan himself, he is soon drawn into a swirling plot involving devil worship, occult practices, and more.

Corso is aided by a mysterious beauty as he travels from Madrid to Toledo to Paris. The book has a very adventurous plot and that immersive occult atmosphere that is sometimes hard to come by.

If you liked the movie, you’ll love the book. If you haven’t watched the movie yet, read the book first because it will make the movie even more interesting.

The Damned (Là-Bas) by Joris-Karl Huysmans

Huysmans is one of the chief representatives of the French Decadent Movement. This literary movement question modernity, finding it nihilistic and void of proper spirituality. In this novel Huysmans explores the occult undercurrent of Paris.

The protagonist is a middle-aged writer who is writing a book about one of the darkest figures in history – Gilles de Rais. This man was a medieval aristocrat who dabbled in black magic which led him to become the first recorded serial killer.

Durtal also receives anonymous letters from a female admirer, and his conversations with friends, one of whom is an astrologist deepens his exploration of the occult.

The novel also has the most extraordinary depiction of the infamous Black Mass and that’s the part that it’s best known for. Overall, very intelligent and immersive novel. It’s been a long time since I read such an excellent work of fiction.

The Magician by W. Somerset Maugham

This book started one of the most famous feuds within occult circles. The Magician was published in 1908, and the book’s obese magician Oliver Haddo is a caricature of Aleister Crowley. Crowley got pretty angry by his depiction and wrote a critique of this book under the pen name Oliver Haddo, accusing Maugham of plagiarism.

The book is both a comedy and a horror all rolled into one. In fin de siecle Paris, Arthur and Margaret are engaged to be married. Everyone approves and everyone seems to be enjoying themselves—until the sinister and repulsive Oliver Haddo appears.

Naturally, Haddo is an expert in the dark arts, and the book is littered with strange and fascinating events that more often than not bring chaos and destruction into the lives of ordinary people.

The Demon Lover by Dion Fortune

Dion Fortune was a prominent magician. She was predominantly interested in ceremonial magic and this book is filled with dark ceremonies and dark events you’d expect to occur in an occult lodge.

Interestingly, this book was first published in 1927, same year that H.P. Lovecraft published The Call of Cthulhu and Gustav Meyrink his famous Angel of the West Window.

The Angel of the West Window by Gustav Meyrink

This novel’s protagonist is Dr John Dee, the most famous Elizabethan magician. John Dee was not only England’s court astrologer and political advisor for decades, he was also a powerful magician who developed a unique angelic magical system which has influenced many occultists that came later. Dee was prosecuted for his magical dabbling by protestant forces and spent the rest of his life in poverty (like so many magicians!).

But what about the book itself? It’s a novel steeped in alchemical, hermetic, occult and mystical imagery and ideas interweaving the life of Dr John Dee with that of a fictional modern descendant, Baron Mueller.

The Angel Of The West Window could be described as an occult thriller, mixing melodrama and elements of Gothic horror with exploration of some of the deepest occult and esoteric mysteries of the human soul. This is also Meyrink’s last novel (written in 1927) and his most famous and most ambitious one according to many literary critics.

The Lesser Key of Solomon

This is one of the most (in)famous grimoires in the world. It was written by an anonymous writer probably in 15th or 16th century, although the claim is made that it was written by King Solomon himself.

As the legend goes, Solomon trapped many demons and ordered them to build the Temple of Jerusalem. This temple has a symbolic and esoteric meaning.

Nonetheless, the book includes rituals for summoning demons as well as 72 demons and their descriptions. It would be hard to find any practicing magician who hasn’t read this book (also known as Ars Goetia/Legemeton) and attempted to summon these demons. It’s an awe-inspiring work and one of the most influential.

The Book of the Sacred Magic of Abramelin, The Mage

This book was written in 15th century by Abraham von Worms, a Jewish mystic who traveled all across the Old World in search of power and knowledge. He found it at last in Egypt where he met Abramelin the Mage. Abramelin taught him a secret purification ritual which allows the magician to meet his Holy Guardian Angel. This in turn allows the magician to control any demon and order him around.

Abraham supposedly wielded this power as historical accounts show that he was very a influential advisor of the emperor and powerful noblemen. The ritual is very difficult however, with such famous occultists as Aleister Crowley failing to finish it. It takes over a year of strict meditation, prayer, dieting and magical rituals.

After the ritual the Holy Guardian Angel is supposed to manifest to the magician and share with him all the secrets of the universe and bestow all the magical powers. Even if you’re not ambitious enough to perform the Abramelin ritual, reading this book will provide you with a great insight into magic, on top of being an entertaining read.

This excellent books dives deep into the dark side of Kabbalah and Goetic magic. For those of you who don’t know, Kabbalah is the Jewish mystical system, which was inspired by even older Babylonian magic.

There is a light and dark side of Kabbalah. The light side provides a path towards enlightenment by becoming one with the Universe/God. The dark side provides further individuation and the opportunity to become a new God.

Many magicians such as Israel Regardie, Julius Evola and Aleister Crowley admired the Kabbalah and the fact that this book explores its dark side makes it even more entertaining. On top of giving a great overview of Kabbalah and Qliphoth, Karlsson explores Goetic magic (involving demons from Ars Goetia) in great detail.

This is the most popular book on chaos magick. Chaos magick is a modern magical system that draws inspiration from multiple traditional systems of magic. Because of this, it is also considered “postmodern” type of magic.

The point of chaos magick is to take the useful parts of every magical system and get rid of the unnecessary parts. This book shows the practicing magician how to do exactly that. Carroll is a very prominent occultist, and he was part of many magical organizations.
In this book he reveals meditation techniques and various rituals that are practiced by the initiates to reach higher states of consciousness or achieve success in more worldly matters.
Available on Amazon

Introduction to Magic by Julius Evola

Evola is one of my favorite writers. He was a Italian aristocrat and a prominent figure of the traditionalist movement. Evola studied and practiced alchemy, tantra, hermeticism and many other systems of magic.

This book was co-authored by Evola and other members of the famous Ur Group, a secret society that was prominent in fascist Italy. They explore the Western and Eastern magical systems, explaining the physical and mental challenges and transformations of the Magus. Along with theoretical knowledge, there is also plenty of practical advice and practices presented in each chapter.
Update: Recently the second volume of this work was translated from Italian but i haven’t had the time to read it yet.
Available on Amazon
Want to read more occult and magic book recommendations? Check out the Occult Literature section of this website.