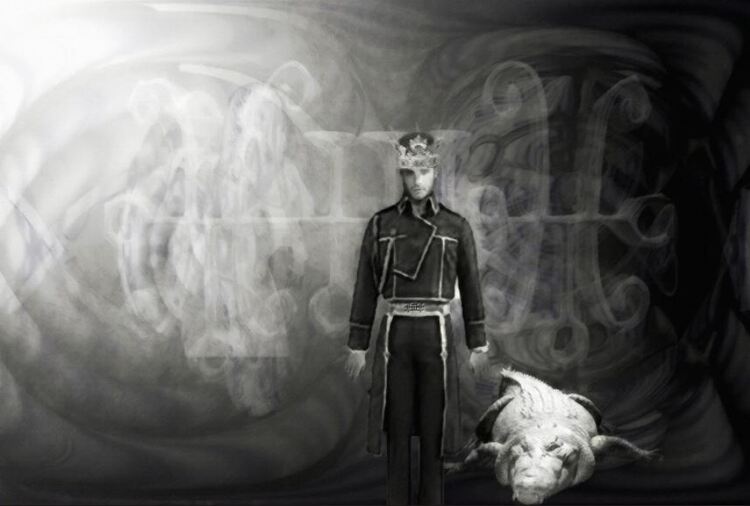 Saleos (Sallos, Zaleos or Zaebos), also known as The Knight of Unending Darkness, was an angel residing in Heaven only to fall from grace like his fellow rebels upon joining Lucifer’s rebellion. Unlike most of the Ars Goetia mentioned demons, he mainly joined in an attempt to make something better of creation and to help mankind in the long run.

After his fall he was elected to be a Great Duke of Hell, ruling over 30 legions of demons. Among the demons of the Ars Goetia he is seen as one of the more benevolent ones, for he is of a pacifist nature, and causes men to love women and women to love men. Regardless, he can be dangerous when provoked wrongfully by a mortal.

Make sure to stay in control at all times instead of subjugating yourself to the demon. This is always a good rule to follow, regardless of the demon you’re trying to summon.

He is depicted as a gallant and handsome soldier, with hair that takes turns changing from black to orange and orange to black. Gives off an aura that changes from gold to silver respectively. He is also depicted wearing a ducal crown and riding a crocodile.

Collin de Plancy in the Dictionnaire Infernal described him as a man with a full beard, wearing a horned helmet and holding a short spear.

When a demon is portrayed with a specific animal, there is symbolism involved. Saleos riding on a crocodile (an aquatic beast) symbolizes domination over emotions and underlying metaphysical currents, and is similar to Jesus walking on water.

It is said that occasionally he will appear as a “floating head” with his body being invisible. Remember that the appearance of the demon is closely linked with the preconceived notion that the summoner has of the demon, providing him with multiple forms of manifestation. 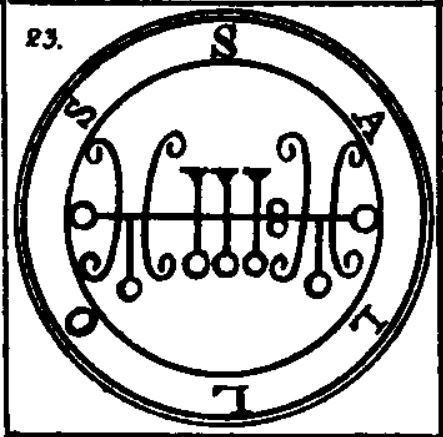 This Great Duke of Hell is usually invoked to cause love between two specific people. He’s a pacifist and loves to cause attraction and love between heterosexuals. He is also a Demon to invoke during love rituals or ceremonial marriages.

Saleos is one of the best Demons to summon if you are inexperienced, or if you are fearful of working with them. He’s a pacifist, he has almost a “sweet” side, that could allow you to make some mistakes without causing immediate retaliation.

He’s called the Knight of Unending Darkness because he soars in the Sea of Shadows and he could be one of the few entities actually able to shield you from the Ever Devouring Death.

When the Sea of Shadows bellows and swells, breaking all metaphysical barriers, and overflows, coming down with great psychic violence over everyone and everything, that terrifying tsunami of terror is called the Ever Devouring Death. It’s an aggressive force that, once unleashed, hunts and seizes any form of living force in its way.

You should procure an Athame, a ritual knife, or some kind of double edged blade to draw blood. Even a needle would be fine. It symbolizes strength and aggression as an extension of the celebrant’s arm. Marco Massai, in the Secrects of the Sexualis Magiae, reminds us that during rituals involving love or sexuality, such as the Flowing Passion Invocation, the cup and the Athame are the two most relevant components of the invocation, symbolizing the sexual act itself. A phallic object (the sword) draws blood and penetrates a containing one (the cup).

According to the Daemonolatry Goetia and the Lesser Key of Solomon, the best time for summoning Saleos to cause love or sexual attraction between people is on Wednesday between 11 and 12 am. The best days to call upon him are between the 23rd of September and October the 2nd.

This is a good ritual to try if you want to make that special someone fall in love with you. Also, if you want to rekindle the flame in your existing relationship.

However, I’m aware that not everyone has the time, conditions or willingness to engage in ceremonial magic. This is why I perform more elaborate and highly effective rituals for clients. You can benefit from my expertise by requesting a ritual. I will perform it on your behalf so that you can achieve the desired results as soon as possible. See you on the other side!