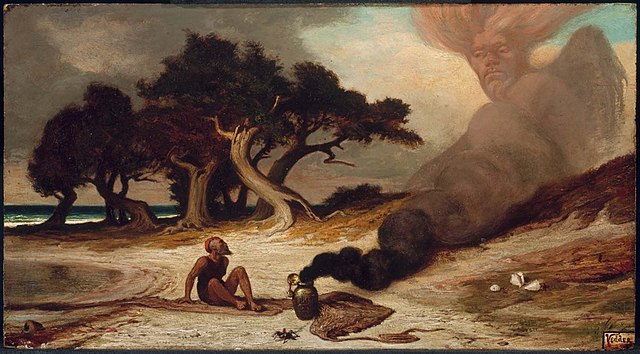 In this article I will answer some common questions about jinns:

How to find a jinn?

There are many ways to find a jinn. Jinns are typically found in secluded places, such as dark forests, caves, graveyards at night, ancient ruins etc. Coming to these places alone and performing meditation or ritual is the best way to find a jinn.

A jinn may appear in visible or audible form. He can also appear as an inner vision or as a voice in one’s mind. Some jinns appear in the form of a human or an animal. If you discover a physical creature or it approaches you while performing these actions it can definitely be a sign of spiritual influences.

Jinns can also be found through astral travel. Astral travel is a term used to describe the state of out-of-body experience. When in astral travel, some spiritual experts claim that the person can access the astral plane that is inhabitet by various spiritual entities. Jinns are definitely one of them!

Dreams are another way of finding jinns. Lucid dreaming is a method of becoming awake and in control of dreams. In that state one becomes the master of his dreams and is able to do pretty much anything. That includes meeting spirits of any kind, jinns included.

We also have to mention grimoires or books of magic. There are many grimoires that describe various jinns and their attributes. These jinns have been contacted by magicians for centuries, if not thousands of years. Here’s my article on how to summon a jinn that will help you achieve this.

Once you’ve discovered a jinn, it’s time to contact him. Jinns are like any other spirit, they appreciate respect and abhor rudeness.

Once you’ve summoned a jinn based on previous recommendations, ask him for assistance. Some jinns will ask for something in return. Most common favors required include:

Don’t agree to anything you don’t feel comfortable with. But when you make a pact it’s highly advised to follow through with it, otherwise the jinn may get angry and exact revenge.

What are jinns afraid of?

Jinns are afraid of mirrors and reflective surfaces in general. They’re also afraid of bottles, lamps and other objects that are commonly used to trap them. They are also afraid of iron. Inserting a needle through their skin or dress has been used to subjugate them.

Signs of jinn in house

A jinn can take residence in your home. He can be a friendly jinn or a mischievous one. If the jinn’s desire is to cause mayhem, one or more of the following signs are usually present:

Muhammad said, “The jinn will play with the flame.”

2) Seeing small stones being thrown inside the house and the doors are closed.

3) Moving objects, such as chairs, tables or smaller objects.

4) When plates are dropped from the hands of people or doors slamming:

Muhammad (saw) said, “If you hear the dog barking or the donkey braying in the night time do not go out of your house shut the door in the name of Allah (bismillah) cover the plates and the glasses.”

5) Things being stolen from the house to cause fitnah:

Something was stolen from the prophets house and Jibreel told him to seek refuge in Allah as the jinn were trying to cause fitnah between him and his wives.

6) Burning in the house.

7) Strange sounds or voices in the home.

8) Strong wind in the home and the windows and doors are closed.

9) Whispering or moving of the tree in the home.

That is the voice of the jinn.

10) Footsteps going upstairs and downstairs regularly and there is noone there.

11) Hearing voices of people in the household and there is no one there.

12) Seeing snakes, cats, or strange animals in the house. The jinn could take the form of a spider or ant or lizard, but not a mouse. If you see an animal say, “Bismillahirahman arraheem three times and if it does not leave kill it because it is the shaytan.”

13) Strange human beings in the house. Top half human with strange legs, or part animal.

14) Different colour steam in the home on the windows and glass.

15) The feeling of someone following you.

16) The household waking up regularly with nightmares especially the children. If that happens say, “Bismillahirahman arraheem read the three quls and after each one say the dua: “Audhu bikalimatillahi at taamati min ghadabi wa iqaabihi wa min sharri ibaadihi wa min hazama ushayateen wa am yahdiroun.” And blow on the hands and spread on the face and body.”

17) A lot of arguing in the home and hatred among the family members.

18) Miscarriages among the women of the household.

19) Smelling burning matches, or shivering or your hair is standing on its end That is where the jinn is probably sitting.

20) When you look to the wall and see quick visions/images. (source)