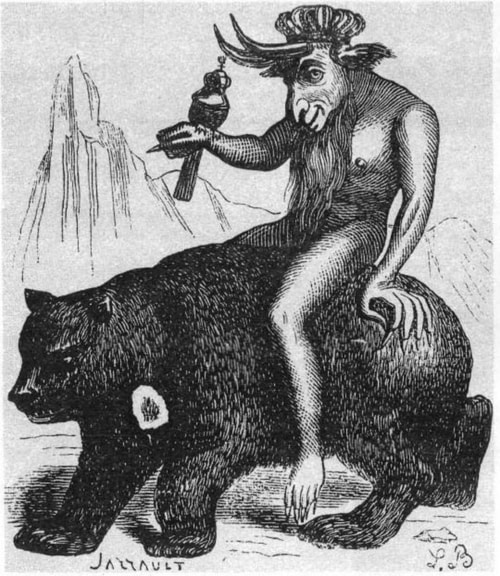 Balam is a Goetic demon that I’ve recently summoned for help with studying a difficult subject. He responded with great enthusiasm to my request and so I consider this ritual to be a success. Before I share this Balam summoning ritual, here’s the description of this demon from The Lesser Key of Solomon:

The Fifty-First Spirit is Balam or Balaam. He is a Terrible, Great, and Powerful King. He appeareth with three Heads: the first is like that of a Bull; the second is like that of a Man; the third is like that of a Ram. He hath the Tail of a Serpent, and Flaming Eyes. He rideth upon a furious Bear, and carrieth a Goshawk upon his Fist. He speaketh with a hoarse Voice, giving True Answers of Things Past, Present, and to Come. He maketh men to go Invisible, and also to be Witty.

From this description we can discern some good reasons for summoning Balam:

Do you need help in any of these three areas? Are you curious about an event that happened to you in the past and need a quick answer, or perhaps you need some guidance for the future? Maybe you are worrying about an enemy and need to lay low for a while? Lastly, who would mind a few extra IQ points, increased creativity and a quick-firing brain? All good reasons for contacting Balam.

I’ve seen quite a few people online saying that Balam is very dangerous. My answer is this: any spirit can be dangerous if handled poorly. Evoking a spirit of a most saintly person during a seance can be dangerous in that situation.

The magician’s attitude is very important. You need to be psychologically strong otherwise you will begin to question your decision and that can spiral into paranoia.

Remember that you are the creator of your own reality. If you anticipate bad results from the get-go or you become scared, these negative emotions will influence your rituals in a bad manner. The spirit will not respect you and it can rebel against your authority, creating mischief. This is true of all spirits, not only Balam.

Some have also wondered why would a demon want to help at all. Wouldn’t it want something terrible in return?

Well, if you are a poor negotiator then something like that could happen. But keep in mind that demons want to exercise their power in the world. It brings them even more power and recognition both in the physical and in the spiritual realm.

In a sense, the magician is doing the demon a favour by summoning him in the first place. There’s no need to go beyond that unless you feel inclined to do so, perhaps as a sign of gratitude or to improve the likelihood that you will receive the required assistance. 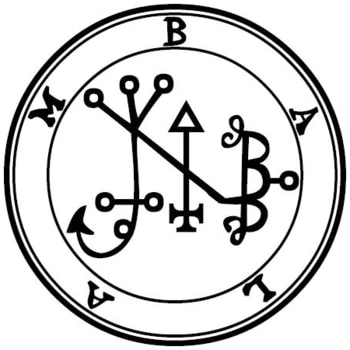 Now that we’ve settled the preliminaries, we can get to the ritual itself.

The logic behind the Three Spheres ritual is based on the three-headed nature of Balam. We see this already in the physical description: Balam has three heads (of a bull, a man, a ram).

Balam also has three powers. Each of his heads is dedicated to one power. The bull provides divination, the man provides invisibility and the ram provides wit. These are the Three Spheres of Influence. Depending on your reasons for summoning Balam, you will need to activate one or more of them. Here are the ritual steps:

As always, I have to remind my readers of the importance of trance state. You have to alter your perception in order to communicate with a spiritual force and to summon it. Entering a trance state provides that opportunity, after which you conduct a series of unique ritual-steps to summon a specific spirit.

Many of you have had the best success by using a combination of silent meditation and binaural beats. I don’t recommend using Youtube videos with binaural beats because the sound frequency is always distorted, and it’s really important that it’s precise. Otherwise we’re dealing with a placebo effect that sometimes works and sometimes doesn’t.

So instead of jeopardizing the success of your ritual, it’s best to use premium and very affordable binaural beats. I often use these deep concentration beats to start my rituals and for regular meditation. Remember to use headphones.

It usually takes 10-20 to get into a light trance with this method. You will know that you’re there because of a feeling of lightness in your body and a feeling of energy in the third eye region, sometimes accompanied by flashes of light.

For this step you will need one of the following ritual items:

If you want to activate a sphere, chant the following incantation while creating a circle in the air with your left hand holding the ritual item 33 times and keeping three fingers of your right hand in the air (to acknowledge the full potential of Balam):

3. Communicate your desire to Balam

With the sphere(s) activated, place your ritual item to the side, stretch your arms open and invite Balam’s presence into the area. Now is the time to share with Balam the specific reasons you summoned him for.

Ask respectfully for his assistance and await his answer. The answer may come as a feeling, voice, touch, vision etc. Don’t get overwhelmed or disencouraged by these manifestations.

Remember that demons are spirits, and when they take on physical form it is only for symbolic purposes. It is important that you’ve conducted the ritual properly and the rest will follow.

I’m glad I’ve come around to performing this ritual after years of magickal dealings. After all, Balam is a king and as such has greater influence than many lesser spirits that are for some reason or other more popular in the occult circles.

If you want to learn more about summoning various spirits I suggest checking out the Mastering Evocation course. It is a 13 hour long video course with tons of extraordinary information on summoning rituals, demons, angels and other forces that lurk in our midst. Talk to you soon!

2 thoughts on “How to Summon Balam: The Three Spheres Ritual”

link to Anubis, the God of Death: Rituals, Prayers, Offerings...

Anubis (also found as Inpew, Yinepu, or Anpu) is the name of the god who guides the spirits of the dead to the afterlife.He is nicknamed the "God of the Holy Land" and of Khentamentiu (a god...

Hathor is the goddess of love, femininity, and nature in the Egyptian pantheon of gods. The cult of Hathor dates back over 4,000 years ago and was known throughout Mesopotamia, as evidenced by the...