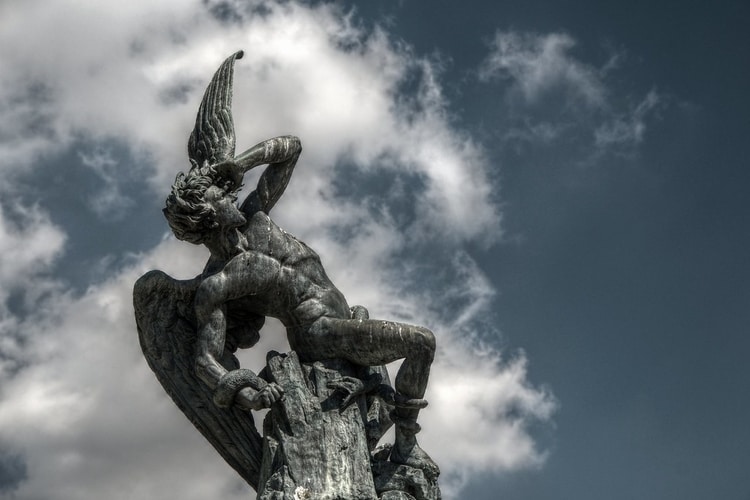 Lucifer is one of the strongest spiritual entities that any magician can work with. The great cosmic rebel showed the middle finger to God in pursuit of his own destiny. By doing so he showed us humans the path to becoming gods through spiritual enlightenment.

This is why Lucifer has always been the main representative of the Left Hand Path spirituality. As opposed to Right Hand Path which has more to do with following an orthodox religion and the path laid out for us by mainstream society.

Therefore, performing an invocation of Lucifer can be a liberating experience, allowing you to get in touch with your own inner rebel and venturing forth on a path of self-enlightenment with far greater success. It can also allow you to contact this great entity and ask for assistance in any worthwhile pursuit.

With that in mind, in this article I want to share with you a powerful Lucifer invocation that I’ve used with great success to come into communion with this entity and activate my Luciferian spirit.

This ritual was revealed to me by an elder magician who discovered it in a private occult library. Sounds like something from Polanski’s classic The Ninth Gate, but it’s true nonetheless! Feel free to perform this ritual on your own or in a group setting with like-minded magicians:

To invoke a spiritual entity means to allow him to enter your very being. In other words, you will take on the archetypal characteristics of that entity. It will work through you, leading you directly to your goals.

So it’s important to invoke the right entity for your goal. If your main goals are freedom from authority and spiritual enlightenment Lucifer is the best entity that you can invoke since these are his main powers. So once you’ve established that you want to unite your essence with Lucifer’s, perform the following ritual:

1. Dress in black or white clothes

Dress in black or white robes in order to show respect to Lucifer and create a respectable atmosphere for the ritual.

Dress in one or the other based on your primary goal for invoking Lucifer.

2. Form a pentagram with five candles

You will need an altar or at the very least a table to perform this ritual. Place on it five candles to form a pentagram and light them. Turn off any light source so that the only source of light are the candles.

Based on the previous description of the significance of colors, use either white or black candles. Alternatively you can use purple candles, purple representing the crown chakra, the point of ultimate enlightenment.

Sigils are a very powerful addition to any summoning ritual. A sigil is a visual representation of a demon or a similar entity which can be used to call him forth and bind him to your Will. Draw or paint Lucifer’s sigil, then place it on the table or on another visible place in front you.

4. Use a sword to draw an inverted pentragram and Lucifer’s sigil 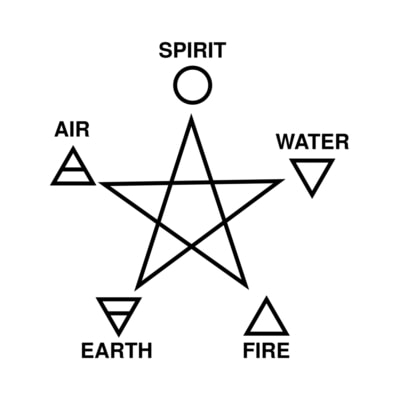 Lucifer is an air/spirit entity. Therefore using a sword (magical device associated with air element) is necessary to direct the energy to a designated spot in the room in order to summon Lucifer. Draw a pentagram in the air with a sword while naming the elements out loud. This is the proper order:

However, make sure to invert the pentagram, so that Spirit points to the ground. Once you’ve created the pentagram in the air take a few moments to relax and balance your energy.

Next, use your sword to draw Lucifer’s sigil in the same place where you drew the inverted pentagram while chanting Lucifer’s enn:

At this point you will be in a more or less intense trance state in which Lucifer will be able to manifest. You might see a vision, hear a voice or simply feel a different presence in the room, as if the air around you was flexing and becoming thicker.

It’s hard to explain until you experience it for yourself, but you will know that something intense is happening. You might also feel like a new and powerful energy is entering your body and mind followed by a tingling sensation from head to toes. Now is your time to call forth Lucifer in your own words and explain your reasons for performing this invocation. I used a variant of the following:

Hail Lucifer, The Fallen One, The Lightbringer, The Helper of Humanity! I seek assistance in matters of great importance. I wish to become a more powerful magician, to develop powers that will release me from shackles of ordinary physical and mental limitations. I invoke thee Lucifer! Grant me unimaginable power and wisdom! I invoke thee, I invoke thee, enter my soul, mind and body…

You can use this as a template, but it’s best to use your own words to communicate your intent most effectively.

6. End the invocation with gratitude

As you say those words and feel the spirit of Lucifer entering your very essence and changing you from the inside out, you might fall on your knees, start to shake, speak incoherently or in different tongues as words flow freely through your mouth.

Another possibility is that you will feel an immense sense of control over your self, as if nothing can shake you up because you are above all of life’s incontingencies. Different magicians that I’ve spoken to who’ve performed this ritual all have a unique story to tell.

Lastly, what is important is to not be afraid. Welcome the transformation with open arms. After all, you asked for it and performed the ritual diligently. Finish the invocation by thanking Lord Lucifer for merging his essence with yours and setting you on a new path of power and glory.

As with any invocation or evocation, make sure you know what you’re  getting yourself into. You will be calling forth one of the most powerful entities to ever exist.

The mental and spiritual shift some have experienced was indeed life changing and hard to deal with. After all, most people are afraid of even the slightest changes to their routine.

Invoking Lucifer might set you on a dangerous path that will surprise and challenge yourself and people who are close to you. After all, ultimate power is given only to those who are willing to sacrifice everything to obtain it.

There is so much more that can be received from Lucifer that I can’t put it all into a small article. That’s why I highly recommend this new grimoire from E.A. Koetting: