Vampires are some of the most powerful and frightening creatures of traditional folklore. They have immense advantages in physical fights, seduction and manipulation over humans.

But they also have a couple of weaknesses that can be easily exploited by a vampire hunter or anyone who knows them well. In this article we’ll explore both the strengths and weaknesses that vampires possess. 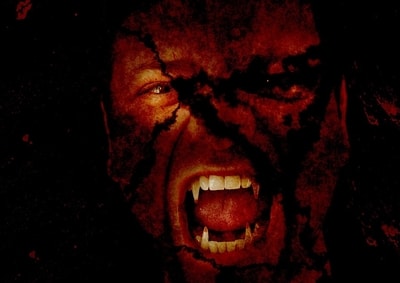 Imagine the Mountain from Game of Thrones fighting against a vampire. The vampire would be able to match the strength of the improved undead Mountain. Vampires are incredibly nimble, fast and possess genuine physical strength of an Olympic lifter. In other words, a vampire has all the traits of a perfect warrior.

Vampires are slender and light, plus they’re adjusted to seeing in darkness. They also have two sharp 2-3 inch long teeth that they can drive into the victim’s neck or anywhere else on their body. These teeth make for a perfect stealth weapon.

Imagine a vampire sneaking up to you from behind and driving his teeth into your neck. These sharp blade-like objects are thrust near your most important veins and arteries. If you try to move, it’s a death sentence as the teeth will cut through them.

So a vampire’s victim can do nothing but stand there paralyzed, as the predator sucks the blood that is supposed to go to its brain. The lack of blood supply to the brain causes weakness and loss of consciousness. So it’s easy to see why a well executed vampire stealth attack can be dangerous and even deadly.

Not all vampire depictions present them as beautiful. Some horror movies and books present them as outright ugly creatures resembling goblins. But most writers and movie producers show the more attractive side of these pale beasts of prey. Vampires are usually presented as pale, well-dressed aristocrats with polite manners, intelligence and erudition.

Furthermore, with a fresh supply of blood a vampire can always look fabulously young, adding to the attractiveness meter. Combined with the hundreds or perhaps thousands of years available to browse literature, visit art galleries and enjoy love affairs, a vampire can offer a thrill that would make any pick-up artist cower in shame. Not to mention manipulating others for financial or political advantages.

Vampires are nocturnal creatures, well-adjusted to seeing even in pitch black conditions. This gives them an unfair advantage of humans, unless they’re wearing night vision technology. Unfortunately, werewolves have just as good as of a night vision. So vampires are often unable to draw upon this advantage in battle with their most common opponent.

Vampires can shapeshift into bats, cats, wolves and mist. In these forms they can travel undetected. It takes only a few seconds for a skilled vampire to shapeshift from his original form to an illusory one and back. So beware of any bats lurking overhead the next time you’re exploring an abandoned castle.

Vampires are immune to regular physical attacks. Blades, bullets, grenades, even a bazooka launcher are pretty much useless unless they’re imbued with silver. That’s not to say that these weapons can’t do any damage. But the damage is reversed on its own, thanks to the immense regenerative power of vampire flesh. 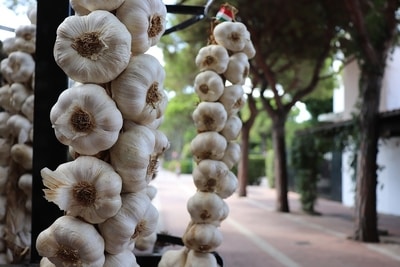 Any vampire fan will know that silver is the most powerful anti-vampire material available. Silver damages vampires because it collects the power of UV rays. So when a vampire drinks a silver concoction like colloidal silver or is stabbed with a silver blade they burn just as if they were exposed to daylight. The wounds made by silver prevent the flesh from regenerating as it normally would.

Vampires are cursed creatures, unable to enjoy the daylight at any point in their lives. Their pale skin reflects this, as thus their sleeping schedule. They typically sleep during the day and go out at night in search of prey. This makes them vulnerable during the day. Someone could destroy the building they’re in or find a way to drag them out and allow the sunshine to do the rest.

Many people forget this, but vampires are also just as vulnerable to fire as regular humans. After all, silver and sunlight burn their flesh. If you can throw a Molotov cocktail on a vampire it can do fatal damage.

Vampire stories are usually stories of love and betrayal. Typically a vampire falls in love with a human. The human loves them back, but after the honeymoon has ended, they start having serious moral doubts about their partner’s diet.

The human partner can no longer tolerate the blood sucking activities of its favorite pale aristocrat, and takes law into its own hands or reports the vampire to human authorities. So the fact that vampires can harbor genuine feelings of affection and love towards some humans makes them vulnerable to betrayal.

Fear of crosses and other holy symbols

Vampires hate crosses. Especially crosses made of silver, but even a basic wooden cross can help you keep a vampire away. Other holy symbols have not been as explored, but it is argued by some that even signs of Hindu gods and goddesses like Vishnu and Shiva can be used as repellents.

Not many humans enjoy the smell of garlic. But vampires take it up a notch. They literally can’t stand the sight of garlic, so placing it all around your home can serve as great protection.

While vampires can survive for months, some even years without a single drop of blood, their strength heavily depends on it.

Blood is the only nutrient that vampires need in order to survive and gain strength. But finding a fresh supply of blood often involves hunting down humans and large animals. If not done quietly and with precision these hunting trips can expose their location and alert humans of their presence.

The constant danger associated with acquiring the only vital nutrient they can absorb is a significant weakness that vampires have to take into account on a day-to-day basis. Especially when planning where they’ll live and hunt.

Large cities are often swarming with police and security cameras so it’s not the best hunting ground. However, small rural areas are not that great either. If something strange happens in a small community, the word gets out more quickly. So vampires usually settle in moderately sized cities.

Or in case of medieval vampires, they would typically live in well protected castles and hunt vulnerable peasants without ever suffering the consequences since they owned the land.

While vampire are scary and powerful creatures they’re certainly not omnipotent. Along with physical weaknesses (mainly to silver and sunlight), they also have emotional vulnerabilities.

They can fall in love, be protective of someone or get irritated by a person or an event to a point where they perform irrational actions that can get them into serious trouble. These are all weaknesses that vampire hunters can exploit, turning vampires into unexpected prey.

On the other hand, vampires have immense physical capabilities (strength, speed, agility, intelligence, experience) so to annoy a vampire is an easy way to have your already short time on Earth end sooner than expected.