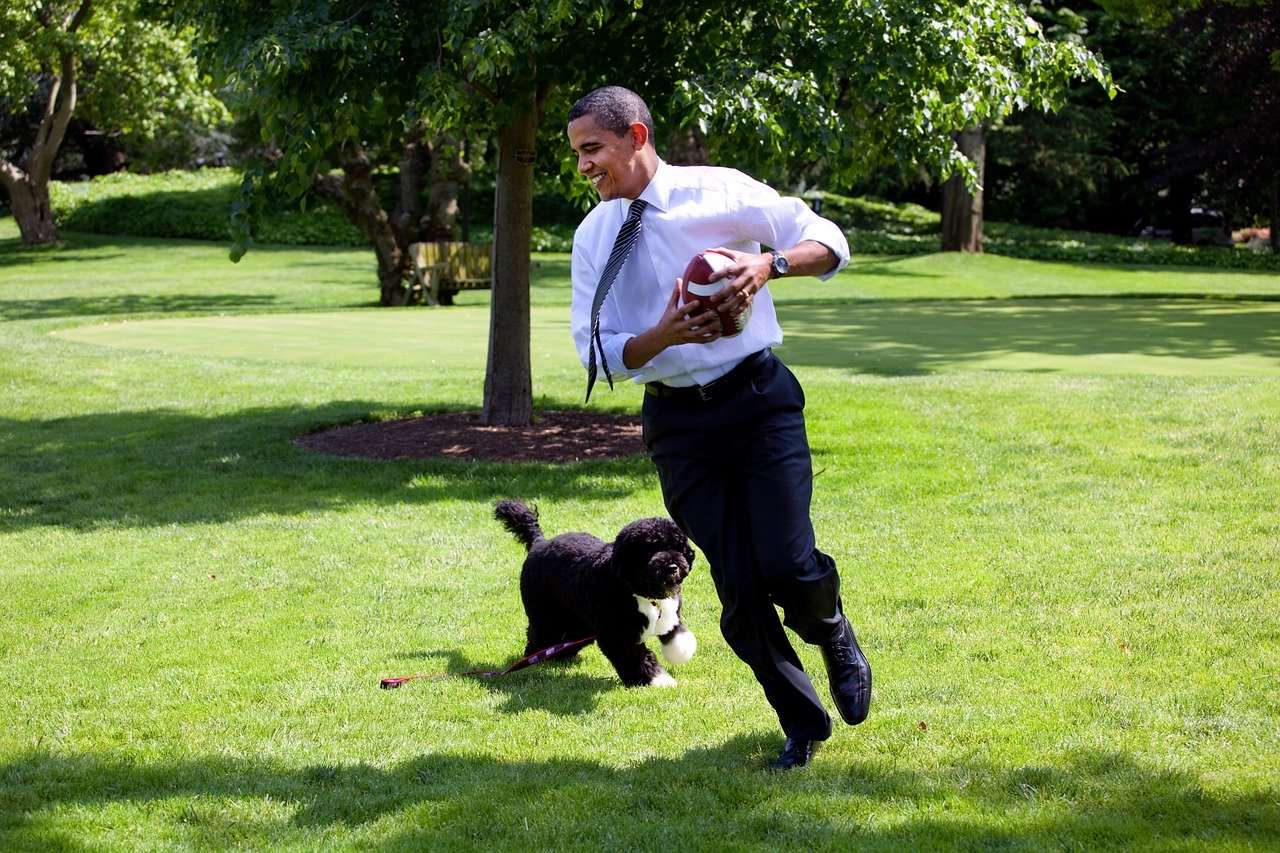 Is Obama’s dog Bo a familiar? Only he can answer that question, but I’ve suspected his occult activities for some time now!

Half-jokes aside, a familiar is a demon supposedly attending and obeying a witch or a magician, often said to assume the form of an animal. It can be closely linked to an individual or a particular place.

Familiars can be either physical or spiritual. For example, one could perform a ritual to summon a familiar and it could appear either as a spiritual entity seen or felt only by some people, or as a physical creature, often in an animal form.

One interesting example of a familiar in pop culture is the powerful rottweiler that protects Damian, the child Antichrist in “The Omen”. The rottweiler was brought to Damian by his nanny, who was supposedly a witch, although it’s not explicitly mentioned. Here’s a scene with the familiar:

Having said that, there are a couple of different ritual methods for summoning a familiar and I will share them in this article so you can choose the one that resonates with you the best.

But before we begin, you might be wondering: Have I ever ACTUALLY summoned a familiar? The answer is yes. I summoned successfully a lizard familiar recently. After conducting a Paimon ritual, a small lizard wandered into my home and stayed as a pet for 2 weeks in my home. Unfortunately, I had to resume my travels and couldn’t bring him along.

How to Summon a Familiar

1. Ask a demon for a familiar

Based on famous grimoires like Ars Goetia, many demons can be summoned to provide familiars to magicians. Let’s take King Paimon as an example, as I had success with him. In Paimon’s description it is stated:

This Spirit can teach all Arts and Sciences, and other secret things. He can discover unto thee what the Earth is, and what holdeth it up in the Waters; and what Mind is, and where it is; or any other thing thou mayest desire to know. He giveth Dignity, and confirmeth the same. He bindeth or maketh any man subject unto the Magician if he so desire it. He giveth good Familiars, and such as can teach all Arts.

So how would you go about asking a demon for one or perhaps even more familiars? Well, just as you would ask for anything else. I’ve shared many demon summoning rituals on this website, and I suggest starting with the general guide on how to summon a demon. Even better, get the Mastering Evocation video course that will show you how to summon any spirit.

So once you’ve found a demon that can help you with getting a familiar, summon it and ask for help. Here’s a list of 72 demons from Ars Goetia. The reason for using a demon as an intermediary is because demons have greater power in the astral plane. Familiars arrive from the astral plane into physical reality, so a demon can speed up the process so to speak.

If you try to summon a familiar without a spiritual intermediary’s assistance it could take a long time for it to manifest from an idea, through the astral plane and into physical reality. A demon will help you receive the familiar faster by eliminating the first part of the manifestation process (from Idea to Astral plane).

Visualizations are a great way of manifesting the reality you desire. Visualizations, like all magic, are based on the law of attraction principle. You can manifest almost anything you desire: a new job, new girlfriend/boyfriend, new magical pet? It’s up to you.

The key to making this work is pouring as much energy into your visualization as possible. This is where ceremonial magic and ritual items can be very helpful. For summoning a familiar I recommend this visualization spell:

This spell works on the same principle (as do all others). But instead of using the before-mentioned ritual items, you can use words instead. The point is always to charge your desire with enough energy and emotion, and then send it into the Universe in order to receive back the thing you asked for.

Since you are asking for a familiar, I recommend using this simple but powerful mantra: “Manifestum spiritus animalis”

As you repeat this mantra, imagine that the words are creating the familiar, as it turns from an idea, to a subtle astral body, and finally to physical form, if you want it to be a physical familiar.

It’s best to use this mantra spell once a day on an empty stomach for 10-20 minutes. But really give it your all as you do it. There has to be emotional engagement to charge your spell otherwise it won’t work.

Extra Tips for Summoning a Familiar

Don’t be too detailed

It is said that “God works in mysterious ways”. You can replace God with Universe if you feel more comfortable with that word. The point is the same: Things happen, but not in the way we thought they would.

Likewise, when doing magic don’t expect results to appear exactly as you imagined. It’s very difficult to control minor details. You asked for a familiar spirit, and it will surely come in some form or another. But if you ask for a yellow cat with white paws, you might be dissapointed if you get a black cat instead.

Spiritual familiars are easier to summon than physical

Any spirit or change you wish to see in reality moves through these three spheres of reality, from an invisible, to subtle and finally to fully physical form.

So it’s only natural that a spiritual familiar is easier to summon than a physical one. It’s one step less and therefore requires less energy and effort.

If you use a demon as an intermediary you can receive a spiritual familiar almost immediately since it doesn’t even have to move through the Idea stage, as it already exists in the astral plane.

Final Word: How to Summon a Familiar

Familiars are loyal companions that can help in various ways. From teaching you new skills, protecting you from evil spirits, enhancing your magical powers, there are many reasons to summon one or more into your life.

In this article I’ve shared with you three proven ways to summon a familiar. I recommend choosing one method and sticking to it until your familiar manifests.

Switching from one spell to another shows a lack of commitment and belief, the biggest error when performing any magic ritual. So I hope this guide helps you and you are fully satisfied with your upcoming familiar. Talk to you soon!