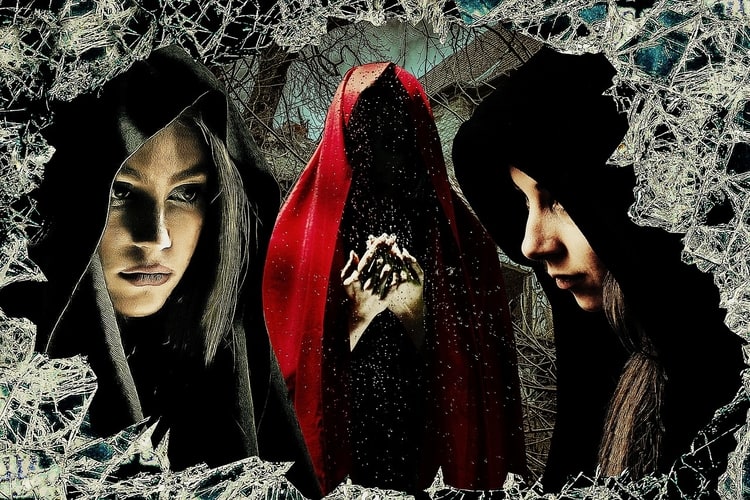 I like to think of magic in the shape of a talent tree in an RPG game. The tree has multiple branches, that is, different directions you can take and types of magic that you can master.

Keep in mind that some of these systems overlap. For example, many types of magic fall into a broad category known as  ceremonial magic, because they involve elaborate rituals (ceremonies). Having said that, here are the 10 types of magic you should know about:

Ceremonial magic is any type of magic that is based on performing rituals and using items such as wands, swords, daggers, candles, incense, incantations to produce a magical effect. Ceremonial magic often requires step-by-step instructions for performing a particular ritual. In other words, the practice is not arbitrary. Most of what is known in popular culture as occultism and magic is ceremonial magic.

Summoning magic is one of the subsets of ceremonial magic. It’s about communicating with spirits and summoning them in two ways: evocation or invocation.

Evocation means to summon a spirit into the world, while invocation means summoning it into oneself, in order to gain its powers. Most often magicians perform rituals to summon demons and angels.

There are many grimoires (magic manuals) that explain how to perform summoning rituals and which spirits can be summoned for what purpose. Some of the most famous grimoires are The Greater and Lesser Key of Solomon, The Book of Abramelin and Grimorium Verum.

Divination is a type of magic used for gaining knowledge of the future or the unknown. There are many methods of divination:

Enochian magic is a specific form of ceremonial magic based on the 16th-century writings of Dr John Dee and Edward Kelley  These renaissance magicians used scrying methods to communicate with angels, who in turn provided them with an effective type of angelic magic that can be used for various purposes.

We know of this system thanks to the journal left by John Dee which contains the Enochian script, and the table of correspondences that goes with it. It claims to embrace secrets contained within the apocryphal Book of Enoch.

Chaos magic is a more recent magical system (or anti-system), with origins in England of the 1970s. Chaos magic is often described as being postmodern, because it borrows methods and knowledge from many magical systems and doesn’t have any strict rules.

Chaos magicians typically don’t believe in the “objective” existence of spirits in some otherworldly dimension. Rather, they seem to think that our mind or consciousness creates reality, so everything is essentially illusory or a mind-construct, including any effects brought about through magic.

Check out the 10 best chaos magic books to get started.

Sex magic (sometimes spelled sex magick) is any type of sexual activity used in magical, ritualistic or otherwise religious and spiritual pursuits. Contemporary sex magick has its roots in many systems of thought, including Hermeticism, Indian Tantra and Chinese Qigong practices.

Voodoo has its origins in Western Africa, from where it was brought to the Americas and most notably Haiti by African slaves. Voodoo is primarily a religion, but it has a more esoteric, magical side as well.

The voodoo doll, various herbs used even to turn people into zombies are some of the pop-cultural references that can be traced to Voodoo. These secret practices were traditionally shared by word-of-mouth but now there are many books and even a comprehensive online courses on Haitian Voodoo practice available as well.

Concocting magical potions with various herbs has been the main skill of magicians, shamans and witches for centuries. While creating herbal remedies is often based on easily provable biological effects, in magic it is usually combined with incantations, rituals and spells to increase or change the effect. A common example are love potions.

This is a distinction typically made by academics in order to separate more complex and sophisticated forms of magic from that practiced by illiterate peasants and other commoners.

High magic usually has a certain intellectual and inner coherency, because it is based on a logical system like mathematical calculations of the astronomer, experiments of the alchemist or the complex table of correspondences of John Dee.

Low magic is usually based on folklore beliefs and doesn’t have any clear intellectual reasoning behind it. For example, an incantation or a spell that is used to heal someone without any logic as to why it could work except for the authority of the practitioner.

Sometimes the distinction of high and low magic is made based on the ultimate goal of its practitioner. In that case, high magic is performed for spiritual enlightenment or knowledge. In contrast, low magic is used for lesser and more practical goals such as becoming more wealthy or causing harm to an enemy.

Sometimes the distinction is based on the types of spirits that the magician is working with. Theurgy or the reliance on angelic or divine forces is then considered as high magic, while working with demons is considered low magic.

Elemental magic is based on the understanding and manipulation of the elemental energies of the world, namely: Earth, Water, Wind and Fire. The pentacle (pentagram) is the symbol of the elements brought together, the highest point represents the fifth element, Spirit. Notice that the inverted pentagram has the Spirit facing downward, as to symbolize its downward trajectory, as in the case of Lucifer.

That digression aside, the main purpose of elemental magic is to develop a greater understanding of these elements along with the ability to control them at will. Wicca relies on elemental magic the most, but elemental magic is considered a prerequisite, basic skill for becoming a more powerful magician regardless of one’s preferred type of magic.

Final Word on Types of Magic

There are many types of magic, and listing them would be almost impossible. These ten are generally encountered as broader types, within which there are also many subsets and fine lines of difference.

For example, you could separate ceremonial magic based on the cultural setting, the types of spirits that are worked with, whether its high or low magic etc.

There are endless distinctions. It’s best to learn about the type of magic you’re interested in the most. As you learn more, you will gain a greater understanding of other types and slowly the puzzles will come into place on their own.

If you’re determined to become a powerful magician, check out my list of online courses that will assist you in accomplishing that feat. Talk to you soon!

3 thoughts on “10 Powerful Types of Magic You Can Master”