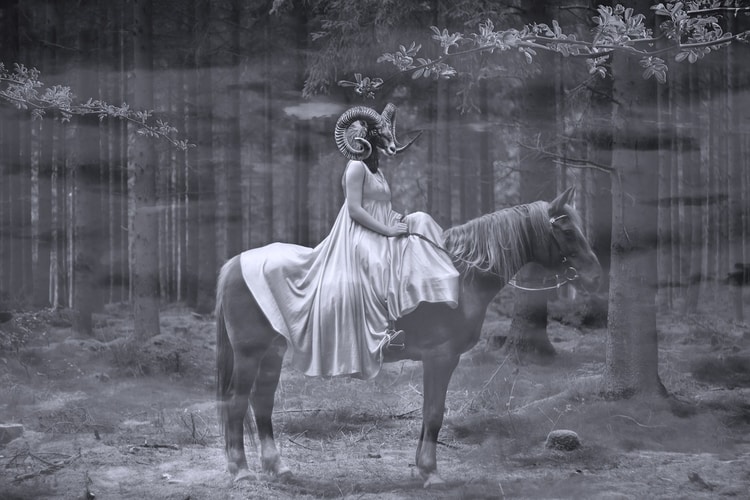 On this website I’ve given a lot of practical advice on summoning demons. But now I will backtrack a bit and explain what they are exactly. Well first of all there are a number of definitions for the word demon:

We could list many other opinions about demons from various occult writers and theologians. But the overarching theme is that demons are spirits from another realm. Some people think they evil, others consider them benevolent or neutral.

What Are Demons According to Contemporary Occultists 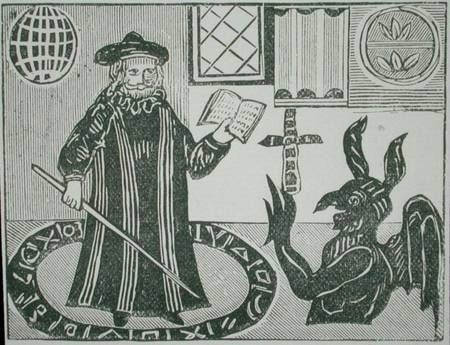 He attributes these positive effects to his magical ability in communicating with demons his intent. Once he has shared his intent, demons would gladly reach out and share their power because this allows them to exert their influence on reality. E.A. Koetting shares his experiences with demons in this video lecture:

Another popular contemporary writer on topic of working with demons is Michael W. Ford. Both him and E.A. Koetting consider demons as twofold: Demons are parts of our psyche, but they could also be spiritual entities that exist in another reality. When a magician communicates with a demon through a ceremonial magick ritual, a part of the brain that corresponds to that demon’s attributes is activated.

For example, if a magician summons Mammon, the main demon of wealth, this will activate the part of his psyche that is focused on achieving materialistic success. This demon could be a spiritual entity that the magician comes into contact, or merely part of the psyche.

In fact, Michael W. Ford has a concept called deific masks. It’s a temporary invocation of a demon that can be conducted on a regular basis to remain in the desired state of what could be labeled as demonic possession. If a magician wished to embody the spirit of Lucifer, he would perform a ritual that allowed him to wear “the mask” of Lucifer on a regular basis.

There is no consensus in the occult circles about the nature of demons. Those who claim that demons are supernatural entities often do so because of inexplicable events that unfolded after they got in touch with a particular entity. It could either be an event that is perceived as supernatural, or truly drastic changes in their life or their environment which are then attributed to the demon.

As a practicing occultist I agree with the ideas shared by these two authors. In my book The Warrior-Magician Manual, I explain that demons can exist on two planes of reality:

So it could well be that two people experience demonic entities in different ways. Magicians with higher power can access the astral plane and communicate with genuine spirits, while others may only access the mental part of the equation, making their experience with demons more of a placebo effect than an objective event.

Demons According to Chaos Magick

Chaos Magick is a popular post-modern magic system. Within this system, everything including demons and all other spiritual entities are contents of the mind. In other words, reality originates from the mind.

One of the most well known chaos magicians is Peter J. Carroll. In his influential book Liber Null, he explains how we can create demons and other entities by constructing their sigils or signs.

This brings the question of the “nature of demons” beyond the binary definition of whether they are real or not, physical or spiritual. Because they could be virtually anything that the magician believes since his subjective perception dictates what his experience of reality will be like. 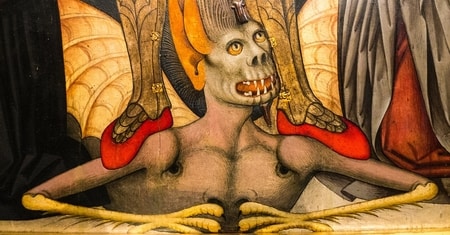 Traditional cultures have treated demons in different yet similar ways. The Judeo-Christian paradigm has relegated demons to Satan’s servants. But even in other cultures they are portrayed as scheming spirits, constantly plotting wickedness against humanity.

There is a blurred line between a demon and deity. But we know of a difference because demons’ names were written by red ink. However their functions were often shared with lesser deities. There were two classes of demons in Ancient Egypt  “guardians” and “wanderers”.

Guardians protected sacred places and the path to the underworld. They were often the protective spirits of local and private cults. We could say that these guardians were not evil by nature.

Wanderers on the other hand often brought mental illness, possessions, death, plague and other negative events. They were the instigators of chaos, moving from one place to the next and bringing misfortune.

Unlike guardian demons which served a function orchestrated by a higher deity, wanderers had only evil motivations. In order to defend against their influence it was necessary to use magic. Egyptian priesthood played a large role in confronting these demons on the astral plane.

The great Byzantine theologian Michael Psellos explores demons and their influence on humanity in his book On the Operation of Demons. He doesn’t consider them to be useful in any way.

Saint Augustine agrees with Psellos’s evaluation. In his work On Christian Doctrine, Augustine separates magic from religion by claiming that magic is a private pact made with demons for one’s personal gain, while religion is a belief shared by the community for mutual benefit. Augustine goes on to elaborate further why demons are an expression of one’s quest for power and lead to fulfillment of passion and vices at the detriment of one’s soul.

But not everyone agrees with Psellos and Augustine. Some philosophers and occultists have always claimed that demons can be useful if a person knows how to use them instead of being abused by them. These skilled people were often known as magicians, warlocks, shamans and witches. When they worked for the good of their community they were venerated to a high position in society.

For example, the Testament of Solomon is a text that describes how King Solomon was enabled to build his temple by commanding demons by means of a magical ring that was entrusted to him by the archangel Michael. The Temple of Jerusalem was built by demons that King Solomon was able to command through the power of God. The Babylonian Talmud mentions a similar story where Solomon enslaves Ashmodai, King of the Demons, to build the Temple, and he was disposed temporarily by him.

Furthermore, it is no secret that priests in Medieval Europe were the main practitioners of magic, especially demonic magic. Mostly because they were the only well-educated caste, along with wealthier aristocrats. This was well researched and elaborated by Richard Kiekchefer in his books Magic in the Middle Ages and Forbidden Rites: A Necromancer’s Manual of the Fifteenth Century. The second work is based on historical manuscripts on conducting magic rituals to get in contact with demons, and it was without doubt used by an anonymous member of the clergy.

In Islam we have the concept of Jinn, which are spirits that are very similar to humans. They live in societies, they eat and drink, but they can live hundreds years more than humans. They can be tempted by Satan and become evil, which would make them akin to demons. There is also the concept of Ifrit. Ifrit are malevolent ghosts, most often described in folk Islam as sucking the life-force of their victims.

In this religion demons are not viewed as real spirits, but rather as character traits that all humans can possess. But they are considered to be part of our lower nature. Demonic possession would be akin to turning one’s back from God to indulge in materialistic vices.

Demons are found in the Old Testament, Talmudic texts and most importantly in Kabbalah. Kabbalah is the esoteric and mystical teaching of Judaism. In Kabbalah demons are regarded as a necessary part of the divine emanation in the material world.

They are also a byproduct of human sin. The Tree of Life or Sephiroth which features the soul’s ascent to enlightenment is counter-balanced by Qliphoth, husks or shells constructed by evil forces to keep the soul in darkness.

However, demons can be used to one’s benefit by a wise magician. Abramelin the Mage was a Jewish magician who explained how to control demons to fulfill any desire that a magician has. Such power was acquired by undergoing a strict year and a half long process of purification, which is fully explained in The Book of Abramelin.

While demons were present in primitive and advanced traditional societies, they were not always demons from the start. Instead they were benevolent or neutral deities of conquered enemies. In order to humiliate or subjugate the enemy further, the priestly class would portray their deities into ugly, malevolent spirits. Jews and Christians did the same with multiple pagan deities.

One example is the transformation of the Mesopotamian goddess Astarte into a demon called Astaroth, the Great Duke of Hell. The Phoenician deity Mammon was also delegated to an evil spirit of materialism, opposed to the only good God of the Bible, while Phoenicians celebrated Mammon as a perfectly benign spirit.

Final Thoughts: What Are Demons 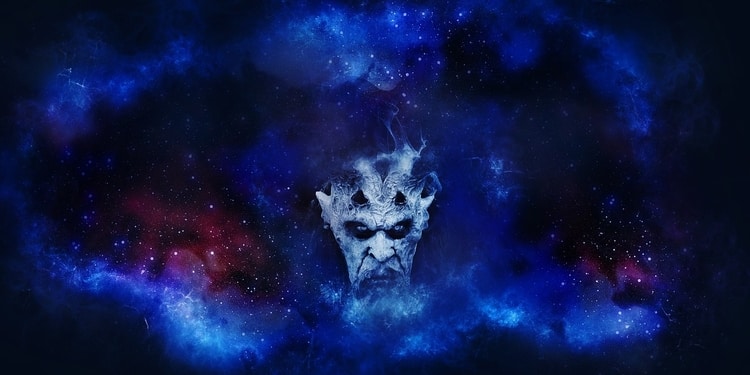 To explain the nature of demons is a difficult task because demons can be approached in different ways: culturally, psychologically and physically. Physics may dismiss demons altogether, but what about people who’ve experienced their presence? How can we account for demonic possession or the experience of magicians who communicate with such spirits on a regular basis? In that case we must turn to psychological, theological and spiritual answers.

Historical researched has revealed that almost every culture to ever exist has known of demons. Christians labeled them as demons, classical Greeks as daemons, Hindus as demigods (asuras), Muslims as jinn and so on. Demons have always been part of human experience, but there is still no consensus on their true nature. Are they merely mental images or do demons exist on a higher (or lower) spiritual plane of reality as real creatures as well?

The only way to come up with the correct answer is through experiential knowledge. In other words, by delving deep into magic rituals and finding the truth out for yourself. For that reason I wrote my latest book The Warrior-Magician Manual. In this book I explain how to perform magic rituals to get in contact with demonic entities in order to become successful in any real life endeavor. Try it out for yourself and I would love to hear of your results when you feel ready to share them.