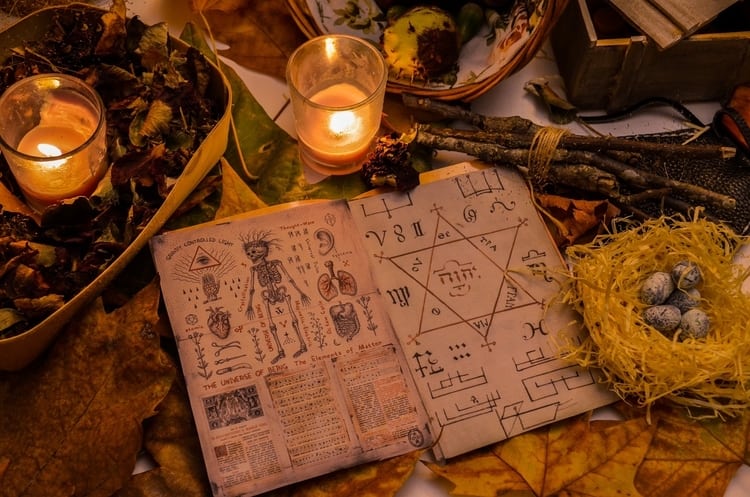 The power of magic is expressed through spellcasting. Magicians and witches have since time immemorial cast spells to heal themselves and their friends, cause harm to enemies, make a love interest fall in love with them or their client, or change reality in more sophisticated ways. But casting a spell requires a bit of talent and preparatory work along with a lot of mental focus. This article is a tutorial for those wishing to learn how to cast a spell.

Contents show
1. 1. Have clear intent
2. 2. Develop serious mental focus
3. 3. Create a magical atmosphere
4. 4. Purchase or create a wand to channel your spell
5. 5. Use magical aids to enhance your mind
6. 6. Choose a quiet and unique location for casting a spell
7. 7. Contact spiritual beings to help you
8. Spellcasting tutorial:
9. Final Words

The whole point of casting a spell is to cause a change in reality according to your desires. So before you go out there casting spells left and right, make sure you know the exact reason why you’re doing so. Do you want to become wealthy or perhaps you want to make someone fall in love with you? How about turning yourself or someone else invisible (not literally, but so that they go unnoticed by enemies for a period of time).

It can be useful to write down your exact reasons. Be specific about what you want to happen, but don’t be specific about the way in which it should happen. Magic works in mysterious ways, and you don’t want to limit its effectiveness by narrowing down the path it should follow from the moment you cast a spell to the moment its effect becomes real.

Any magical work requires a high level of focus, because it involves channeling your personal energy. The energy channel requires your focus to run clearly and without disturbance. Get interrupted by various thoughts during the channeling process weakens it. The greatest spellcasters are those with undisturbed focus. To train your focus you can use meditation and reading. Any activities that require you to focus will progressively increase this ability.

Also keep in mind that mindlessly scrolling through social media or multitasking in general has the opposite effect. It disperses your attention, reducing your ability to focus on one thing for a prolonged period of time. A simplest way to practice is to focus on your breath while keeping other thoughts at bay. This is a simple but very effective type of meditation. So is mantra meditation, where you repeat a word silently for 10 minutes or longer.

It’s very helpful to create a resonating atmosphere before casting a spell. Some spells require many ingredients and ritual items, others require only your determined focus. But even when ingredients and items aren’t specified, creating a magical atmosphere using specific items will make your spells more effective.

For example, if you’re casting a black magic spell meant to cause destruction, wearing black robes and being surrounded by macabre items such as skulls and black candles will elicit a greater magical response in your psyche, which will in turn make it easier to channel the dark energy into your spell.

In comparison, when casting a healing spell, you would be better off wearing bright clothes, with soothing vanilla incense, flowers and glowing gems that would make your surroundings mellow and healing. There’s a reason why relaxing music and mellow colors are part of spa centers. They elicit relaxation and healing.

4. Purchase or create a wand to channel your spell

Using a wand is not necessary, unless a spell’s instructions specifically require it. But wands have been used traditionally for because they can be helpful in channeling energy. Ask yourself why would a wand work, what makes it special?

One reason is entirely physiological. The wand acts as an extension of your hand. By holding this stick-like object you are made to focus on its end point, which assumes a certain significance in the mind. And since it has magical significance by design, it’s directly associated with the spellcasting effort. The end result is a better focus on the spell. If you don’t have a wand, you can try using similar objects. Sometimes a ritual dagger or a sword are used instead.

There is much more that can be said about wands, since they can be made of different materials (different metals, wood etc.), and they can be covered with gemstones, incantations, cursed or blessed beforehand etc. All of this can have an effect on how you perceive the wand and the type of energy it therefore contains.

In either case, wands a regular part of a magician’s arsenal so consider investing in one when you have the opportunity. Or even better, craft one yourself. Go out in the woods, find a wooden stick that resembles a wand and strikes you as peculiar for whatever reason. Then decorate it, perform a small ritual to consecrate it and fill it with energy.

5. Use magical aids to enhance your mind

Besides using a wand, you can create a more powerful spell by using intoxicating incense, magic robes, grimoires, an altar, wand, dagger, candles, music etc. Some magicians and witches drink wine or use various herbs to make themselves more receptive to subtle energies (which I don’t advocate or oppose, it’s up to the individual).

A scrying mirror can be a powerful spellcasting item. The sorcerer points the wand at the scrying mirror, envisioning the result in the mirror as he/she pours energy into it. This can lead to visions during the spellcasting process and to better end effects in reality.

You can find many ritual items on websites like Etsy.

6. Choose a quiet and unique location for casting a spell

A spellcasting location should be quiet and undisturbed. It should also resemble the energy of the spell. For example, a macabre setting such as an haunted house would be viable for casting a black magick spell. A dark forest is another option.

Ancient ruins and archeological sights such as the pyramids or pagan temples can be used to provoke truly powerful effects of various kinds. These places are already charged with magical energy, which makes the experience more powerful than it could be in a regular setting that you’re used to. I elaborated more on this in my article On Magick Power Centers.

For example, Aleister Crowley wrote the Book of the Law while in Egypt. The Eygptian setting stimulated his mind in a magical way, and according to his words, he was contacted by an ancient spirit called Aiwass which dictated the words of this famous work to him. For the same reason, he conducted the Abramelin ritual in a secluded village house near Loch Ness.

You don’t have to rely on your magical powers alone to make a spell effective. Spiritual beings, primarily angels and demons, can be called upon to help you. Some of these beings can be ritually summoned to do a favor. It’s similar to casting a spell, but in this case you are relying on the spirit to do all the work for you. However, summoning a spirit is a kind of spell itself. It requires conducting a summoning ritual. But once you get a hand of it, it can be a wonderful addition to your magical arsenal.

For example, demons like Mammon and Clauneck can be summoned to help financially. Angel Raphael and demon Buer can help with physical ailments, while angel Metatron can help you spiritually ascend to a higher level. King Paimon can help you obtain greater magical knowledge and power, which will enhance any spells that you conduct in the future.

Practice is the best way of learning to cast a spell. Your first spell might not produce the effect you’re after immediately. The more you can get in touch with your emotions and desires, the easier it will be to manifest changes in reality. You will also discover the type of settings and ritual items that work best for eliciting the psychological response that is conducive to your efforts. This is a very individual process.

So before you go, I want to share a small example of a spell that anyone can use to hone their spellcasting skills without any dangers and without having to buy any expensive items beforehand:

So I hope these guidelines and the small tutorial will be of assistance to you! If you want to learn more about casting spells, check out my recently published book The Psy-Mage Compendium (link to Amazon). Talk to you soon!

7 thoughts on “How to Cast a Spell: 8 Important Elements of Spells & Instructions”